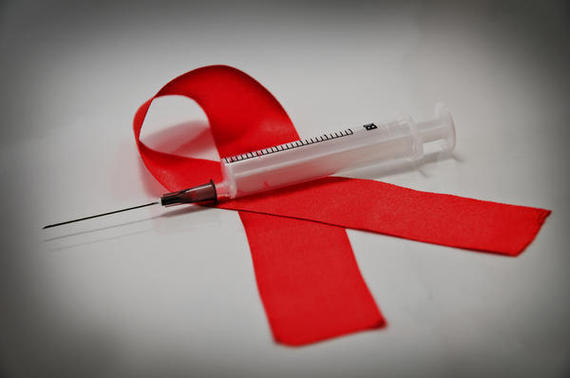 Common sense didn't take hold after the first test came back Positive, even though the automatic, more specific second test, something with "Blot" in the title, came back Negative. I wasn't listening to the specifics my doctor gave me on the phone, only his words "Can you come into the office"? Talking on the street, I only wanted to hear reassuring words. His voice was quivering; I was sure of it. "Would you like counseling?" he added, to which I half-shouted "No!," and hung up.

False Positives are common nowadays, and I knew that; it happened to me once before, and despite my straight, young, Upper East Side's doctor's naiveté in most manners HIV-related, and despite my daily PrEP dose, and such articles related to Truvada, I'd erred on the wrong side of reason and my fate was sealed. The Internet is there to help us find answers, but if you're determined to indulge guilt it's merely an enabler. That first test, taken on a clear Friday summer day in a sunny office building, was piercing through my skin to prick me. There was cum glued-on tight; it had been festering for weeks.

There wouldn't be death--those days are mostly gone--but there would be the disdainful looks and talk from doctors who prescribed medicine, help that could be going to the truly needy, but wasted on me, the adult who played like a spoiled child, wiping away a generation of progress in favor of getting off with no rules.

AIDS guilt for men of my generation isn't a thing so much as it is an implant. We're punished for that too, not by our peers but by our millennial friends, understandably not wishing to be defined by death. And we're not punished by their selves, but by their reflections. I know them too, have sexual contact with them--how could I not--and many simply walk in and undress and bend over and receive; it's no big deal. Many specifically ask you to breed them, which alone sounds like a 1980s gay science fiction horror story.

The guilt we get is from our HIV-Positive friends and colleagues, not in what they say or how they treat us, which is as equals, but in our own interpretation of their reversed prognosis. Do they think we feel different? Special? Privileged? There's so much cruelty in the gay world I wouldn't blame them. I still have men ask me if I'm "clean." I generally answer that, yes, I've bathed today.

Our illustrative lives go both ways. I once wrote an article centered around HIV, and many assumed it meant I was Positive. It wasn't my intention nor my concern to clarify. One reader told me he was sick of Positive men lumping themselves together in one group, as if "we" represented all gay men over the age of 40. I group all gay men in one category: works in progress.

There's too much background for us, for me, to simply indulge in the new, happy narrative of gay sex without creating a quiet horror story of my own. I'm not religious, nor was I raised with any belief that sex was wrong. Yet those feelings of sin can't help but creep in, from some other hiding place, from a world that punishes fulfillment, can't quite let us have it in one piece.

I grew up on the Hollywood Bible, and I think of Angie Dickenson in Dressed to Kill, slashed to death in an elevator after having sex with a stranger, a man she just discovered has an STD. She didn't deserve it, but do we all await such a fait for the improper? Janet Leigh got stabbed in that Psycho shower after stealing money--and having daytime hotel sex with a dark-haired heartthrob--and Glenn Close was shot to death by the wife of her ex-lover in Fatal Attraction, the sexual predator taken down in favor of love and family. We all applaud when morality wins. FA came out in 1987, and has often been reinterpreted as a cautionary AIDS tale. You fuck around, you die.

My narrative held all the elements of tragic storytelling and just as much truth. Studies vary on the effectiveness of PrEP, but usually hover around the 90 percent plus rate, on the higher end if you never skip a dose--I don't. Condoms aren't 100 percent perfect either, yet we still say "Safe or Bare" when discussing sexual specifics. I prefer "Raw or Wrapped." And the second test that came back Negative, called a Western Blot, is considered highly reliable by the doctors I've consulted.

My head knew that, and it knows HIV is now treatable, yet the drama unfolded. I sent a message to the man I'd been with, wanting him to reassure me that he was Negative, and he didn't respond. Was he hiding something? The iMessage didn't even say "delivered." Had he blocked me? Irrational folly is a favorite leftover of AIDS debris. About a week before the initial test I confided in a friend that I'd been having the most fulfilling sex of my life, a good solid year of a few amazing lovers and glorious nights. When something sounds too good to be true...

After five days of waiting for my doctor's insisted third test results--if I were a woman in a Victorian novel, this would be the point where I'd "taken to bed"--I called my doctor and suggested I go back in and take one of those prick tests, with results that come back in about 20 minutes. An hour later, after sitting in the waiting room for less than that time, the sweet young nurse came out and gave me a thumbs up and a smile, like I'd gotten 100 percent on my driver's license exam. I left, called my doctor, and walked home on yet another beautiful Friday summer day.

By the time my doctor called me the following Monday to tell me the (now) fourth test had come back Negative, I had realized it's time to embrace the new HIV world. It's still scary, it's still an enormous health crisis, and there are still millions infected worldwide. But for those of us, like me, who regardless of facts and logic and status and the already understood fickleness of life, descend into an antiquated world of punishment for pleasure, we can move on and star in our new wonderful movie of Happy Gay Sex Endings.