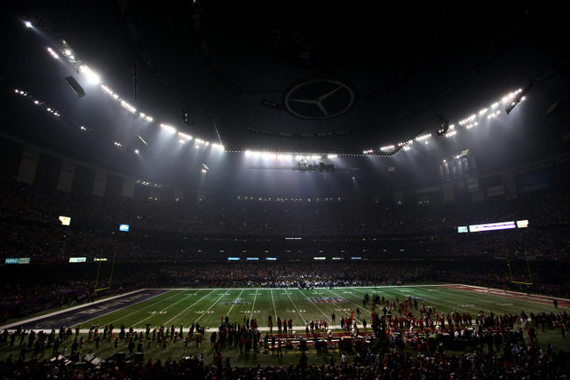 Beyoncé and Coldplay are expected to have an unforgettable performance at this year’s Super Bowl 50 halftime show. Yet they are not the only headline surrounding the biggest sporting event of 2016.

So is the suspected increase around sex trafficking. Texas Governor Greg Abbott previously went on record to call the Super Bowl "the single largest human trafficking incident in the United States.”

This simply isn’t true.  The Super Bowl sex trafficking hype is just that. It’s a myth based on speculation and not hard numbers—there are limited facts about professional sporting events and trafficking.

This doesn’t mean that sex-trafficking does not happen around the Super Bowl. It may, and attempts to help victims are useful. But trafficking happens year round—it does not end once the Vince Lombardi Trophy is handed to the winning team. Our efforts should be focused on how we help trafficking survivors rebuild their lives every day of the year.  Additionally, this myth takes much-needed attention away from the reality that labor trafficking may actually be happening instead.

But what gives this myth such staying power? Some advocates believe that it stems from the idea that when large groups of men at sporting events come together that there is an increased demand for commercial sex, and that this demand is met through trafficking women and young girls. And, then there are also incorrect stats and information that continue to circulate to support the idea that sex trafficking increases around the Super Bowl. One of the most common is that in 2010, allegedly more than 10,000 exploited women and girls were trafficked to Miami for the Super Bowl.

This number is false. It has been incorrectly attributed to The National Center for Missing & Exploited Children which denied the statistic in a statement, noting that “No one knows with certainty the exact number of children exploited through sex trafficking in the United States or during events like the Super Bowl.”

So, what about labor trafficking? Often times around a big sporting event, there is new construction or an increase in demand for hotel services. We at Safe Horizon, one of the largest providers of services for victims and survivors of human trafficking, hear from survivors every day what it is like to be a human link in a cruel and profiteering business supply chain that allows us to have a clean hotel room on vacation, at a sporting event or get food at a restaurant.

With the promise of a “good job in the United States,” survivors often leave their countries (and families) at a chance of providing a better quality of life for themselves and loved ones.  They enter the country legally to encounter a different reality. They end up trafficked and without the support, resources and language skills to free themselves.

They are forced into labor, at times as hotel or construction workers. Often times, they aren’t paid, checks are late or their wages withheld. If they complain or advocate for themselves, they are silenced with threats of deportation or abuse, even harm to their families at home.

It's understandable though why the threat of an increase in sex trafficking seems more urgent, even if less plausible than labor trafficking. We are outraged at the thought of an innocent woman or child being forced to have sex against their will. It’s vile. It’s disgusting. It's not ok.  And if we suspect it’s happening around us, we feel that we must surely stop it.

But this rise to action can be misdirected. According to a San Francisco media outlet, SF Weekly, “…law enforcement has already rehearsed practice raids at a South Bay hotel…” in anticipation of the rise in sex-trafficking this Sunday. It’s not quite clear how much money is spent on these efforts, but what is clear is that the lack of funding is a major issue for many organizations helping survivors of human trafficking. This money could be better allocated to support year-round services, such as emergency shelter.

So, let’s not focus on the myth that the Super Bowl is this monumental sex trafficking event. Let’s instead understand the harsh reality that trafficking happens every day in our communities, and sometimes at the click of a button. The internet, which is available 24 hours, 365 days, and 7 days a week makes recruiting victims easier. Anyone, such as sex traffickers or labor recruiters, with access can be involved.

With this threat of immediate access to exploit another human being looming over us, surely that's enough reason to shift our attention to provide victims with the critical services they need to come out of a trafficking situation all year long—not just during the Super Bowl. And, giving labor trafficking survivors the same importance afforded to survivors of sex trafficking is equally necessary to truly tackle this problem. Services like shelter, medical care, long-term trauma counseling, education and job training can make a profound difference for all survivors.