A comic artist known as Rasenth wants to set the record straight on sexism.

Rasenth, a 25-year-old based in Japan, has created a comic showing how sexism is hurtful to everyone -- and reminding us that we can only overcome it by working together.

Rasenth created the comic this summer, after student Elliot Rodger killed six people and injured 13 others in a spree allegedly in retribution against women who had rejected his romantic and sexual advances. Rodger's attitude towards women brought to light an online culture of misogyny blaming women for men's unhappiness -- when it may be that sexism is the ultimate culprit.

"I was angered by the Elliot Rodger incident and how he was aggravated by his hatred towards women," Rasenth told The Huffington Post in an email. "The comments he made about women, I thought, were very common complaints lodged against women that people say and think everyday and yet these feelings led up to murder. I just wanted people to notice how our unconscious double standards are hurting ourselves and each other."

Check out the full, amazing comic below. 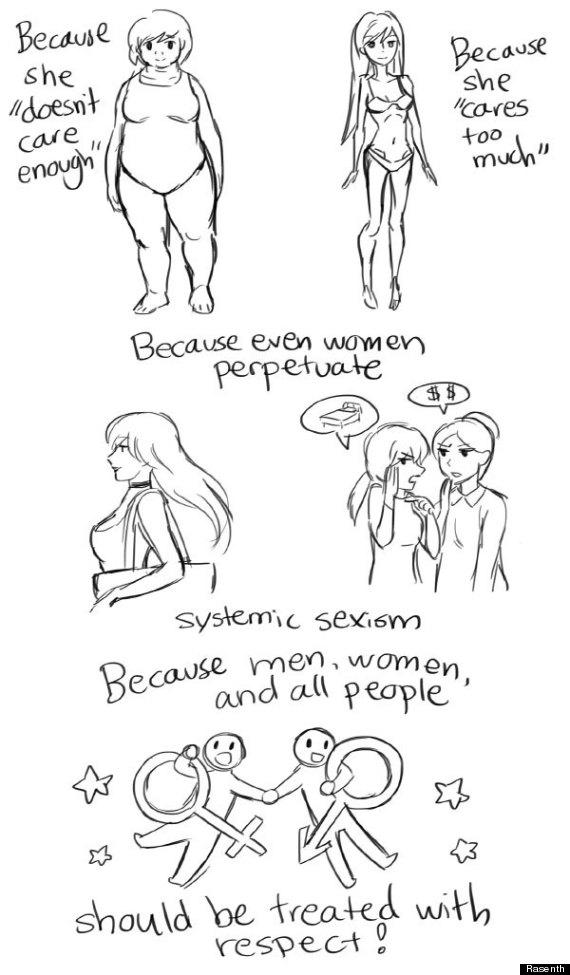 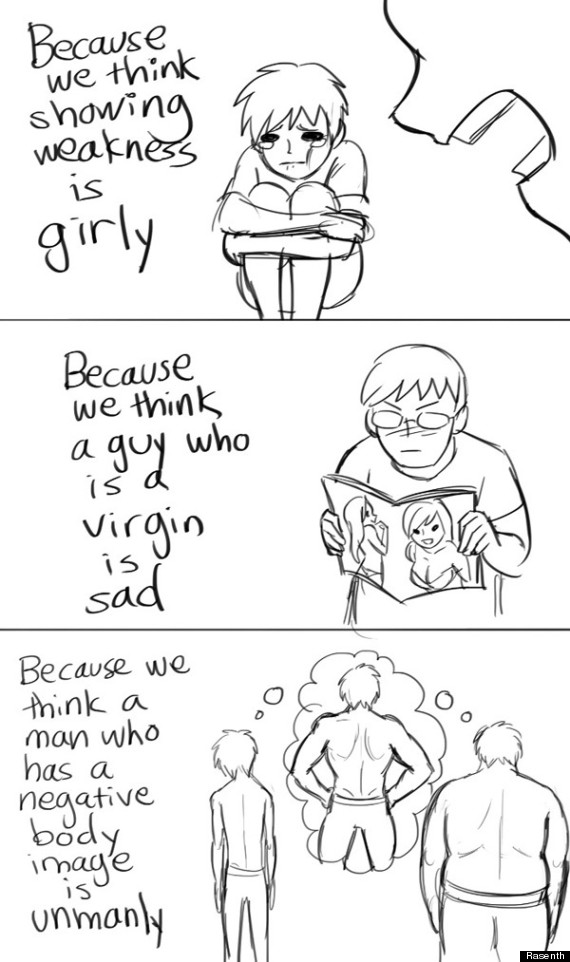 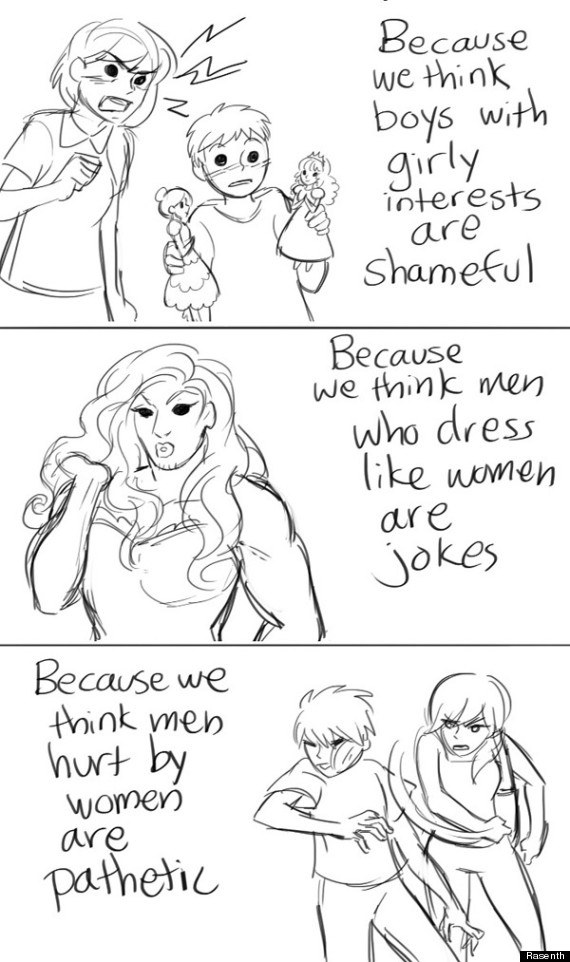 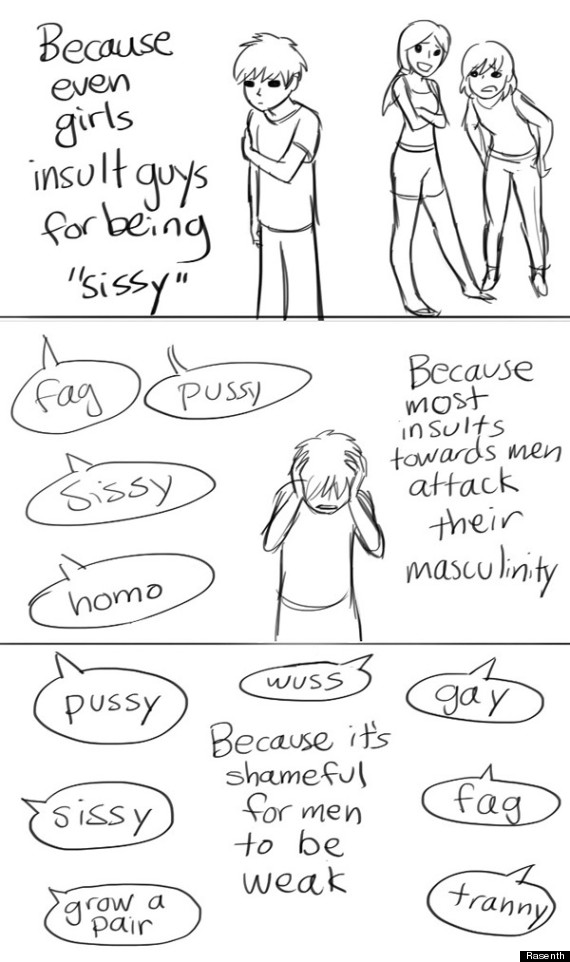 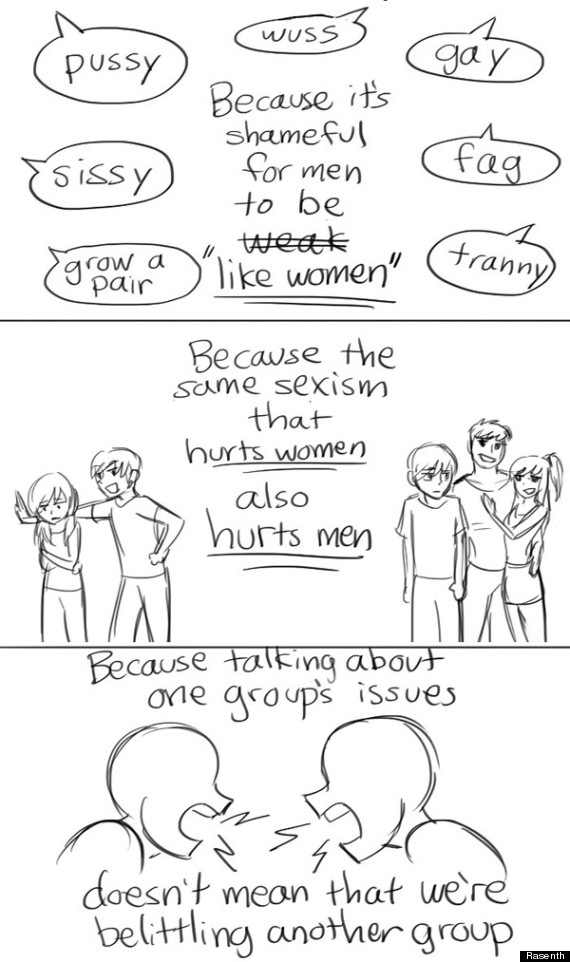 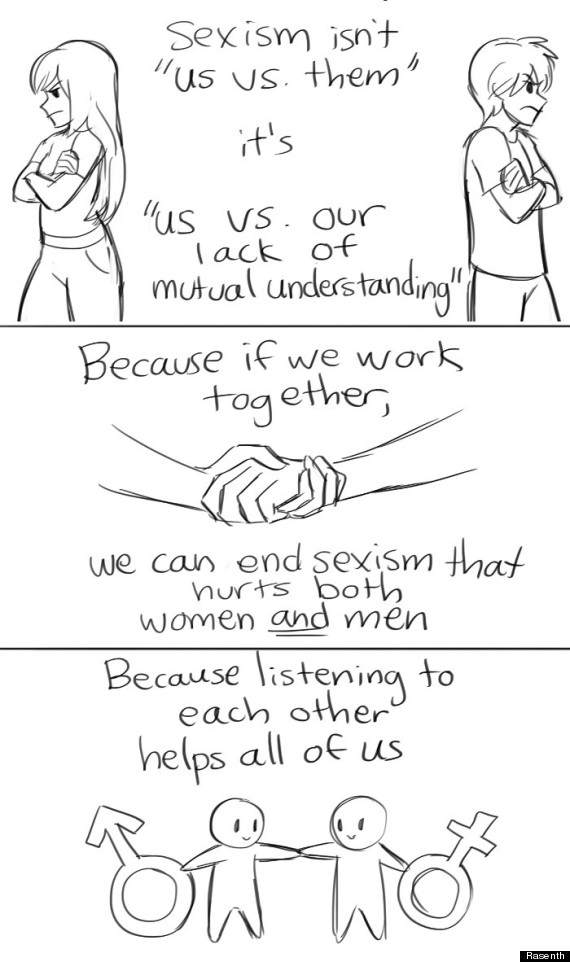