As told to Aviva Patz, Prevention.com 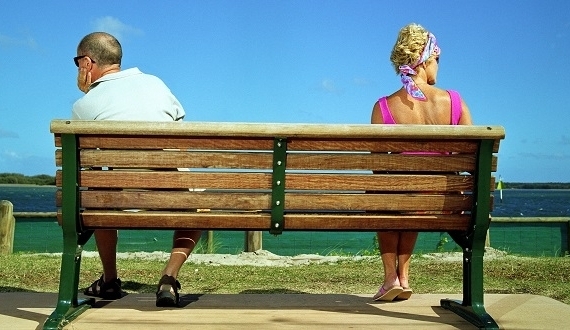 My husband and I are about to celebrate our 17th wedding anniversary, and we haven't had sex in a year. You read that right: A year.

Even when I first met Dave, it was never the fiery kind of passion I'd had with previous partners. But frankly, that's what attracted me to him. The other guys I'd dated were rock star/poet/alcoholic nightmares, and things had always ended badly. It was nice to be with one of those guys who goes to work, goes to the gym, and comes home -- someone I could trust and depend on. We did have sex, but it wasn't the tear-your-clothes-off-on-the-bathroom-floor sex. I was okay with it being different physically because I valued the emotional connection.

When we got married, we were doing it at least once a month, sometimes more. Then, after our first child, the dry spells got longer and longer. I had gained 54 pounds and had a C-section, and Dave was traveling three weeks out of the month. I was focused on our baby, so I didn't miss our closeness, and eventually this lack of physical intimacy just got institutionalized. It became the new norm.

Now Dave doesn't ever complain about the fact that we never have sex, which has made me worry over the years that maybe he's cheating. I've checked for hidden email addresses and Snapchat accounts, and there aren't any. I think he's just not a sexually driven person. Even when we have sex, it's not long or strong. It's not passionate. It's over in three minutes. 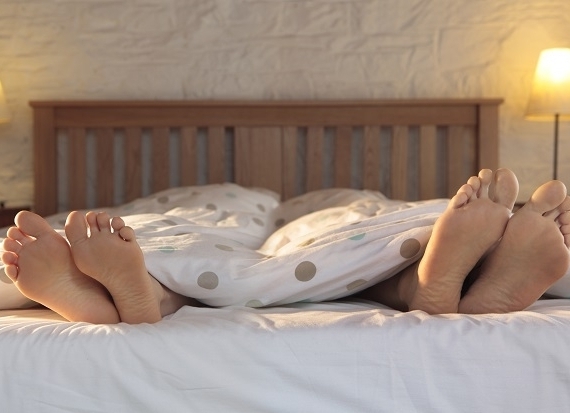 The worst part of a sexless marriage is that it makes me feel unattractive and unloved. And as I close in on 45, that kind of reassurance is more important than it was when I was in my 20s -- when I was 20 pounds lighter and didn't have wrinkles starting to form around my mouth like a puppet's.

Related: 10 Things No One Tells You About Sex As You Get Older

Does our relationship suffer for the lack of sex? It depends how you define relationship. Our partnership is strong. Our love for our children is strong. We have a good division of labor that ebbs and flows, but we always work together to get stuff done. Dave left his job some months ago, and we've been going to the movies on Friday afternoons, and that makes me feel closer to him. But then, I've never felt un-close to him -- even though the closeness doesn't lead to us hopping in the sack. In fact, I'm not even interested in having sex with Dave. I'm not attracted to him. He's not a wild and crazy guy who sparks my pheromones. He's the father of my kids and their soccer coach.

The way I see it, you meet someone when you're young and slowly you both change, and that changes the relationship -- but not necessarily in a bad way. Things are good. Dave and I have a rhythm, even if our rhythm doesn't involve sex.

As told to Aviva Patz, Prevention.com

This article 'This Is What It's Really Like To Be In A Sexless Marriage' originally ran on Prevention.com.

More from Prevention.com:
9 Ways Therapists Can Tell If Your Relationship Won't Last
Not In The Mood? Why You Shouldn't Waste A Second Feeling Guilty About Skipping Sex Tonight
What Your Partner's Favorite Sex Position Says About Him
9 Proven Ways To Lose Stubborn Belly Fat
3 Signs You Have Chronic Inflammation

More:
sex and relationshipsweddingssex and marriageRelationshipssexless marriage
Newsletter Sign Up
A weekly guide to improving all of the relationships in your life
Subscribe to HuffPost’s relationships email
Successfully Subscribed!
Realness delivered to your inbox