Melissa* and her husband got together when they were both 19 years old and married when they were 28. Their marriage had its ups and downs: They went to counseling several times, and Melissa always suspected that her husband wasn't entirely faithful. Last year, shortly after the birth of their second child, Melissa, now 36, finally caught him in the act.

One night in December, Melissa and her husband had some friends over. Melissa noticed that her husband was standing very close to one woman in particular. She told The Huffington Post that the two of them were whispering to each other and getting "a little too handsy." Both of them had their phones out, apparently texting one another.

Now that Melissa had evidence, her husband immediately changed his tune: I don't know why I do these things. I love you. He didn't think he'd done anything wrong, because he'd had no physical contact with the other woman. But for Melissa, it didn't matter whether he'd actually followed through with his graphic messages. He'd still lost her trust. She decided to file for divorce, a process she's still going through today. Melissa said the text messages were what drove her to dissolve the marriage.

"I almost think it's worse. I’d rather he just screw somebody and get it over with," she told HuffPost. "I think it's cheating. I think any type of intimacy that you have outside of your marriage with somebody else is a form of cheating."

It seems many people agree with Melissa. A 2013 HuffPost/YouGov survey of 1,000 U.S. adults found that 85 percent of women and 74 percent of men consider sexting a form of cheating. But what exactly is "sexting"?

Merriam-Webster defines "sexting" as "the sending of sexually explicit messages or images by cell phone." But other definitions vary, depending on whom you ask. In a 2011 piece for Gizmodo, Sam Biddle described it this way: "It's not sexual texting, or sexually themed texting -- it's sex texting. Texting as a simulacrum of doin' it. Remember cybersex?" Biddle also noted that it's only sexting if it's consensual, and suggested that true sexting takes place within the context of a longer exchange:

If I just send you an unsolicited cell snapshot of my junk, I'm not a sexter -- I'm a pervert. If you're my girlfriend and I do it, I'm still not sexting -- there's no message, no action -- just "Here, look at my blurry genitals."

Robert Weiss, a social worker and director of intimacy and sexual disorders programs for the Elements Behavioral Health treatment center, told The Huffington Post that according to the clients he works with, sexual texting, or texting about sex, is not the same thing as sexting. To Weiss' clients, sexting only involves the exchange of images.

"I think Anthony Weiner demonstrated this to us very well," said Weiss. "Sexting is the capturing and sending of sexual imagery in order to facilitate a relationship." 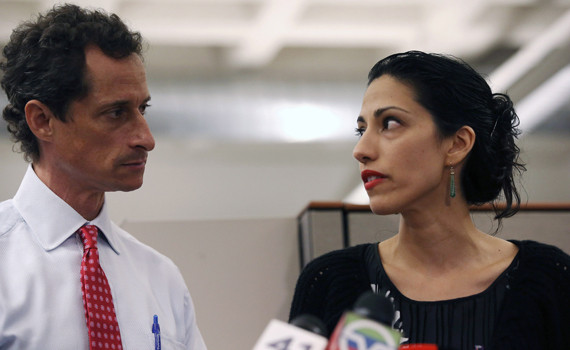 Anthony Weiner and his wife, Huma Abedin, addressed Weiner's sexting affairs at a press conference during his campaign for New York City mayor in 2013. Weiner resigned from Congress in 2011 after similar incidents were made public.

And what about cheaters? According to a 2011 survey of almost 5,200 users of Ashley Madison, a social networking site that describes itself as "the most famous name in infidelity and married dating," 60 percent of women and nearly 50 percent of men said they'd sexted with someone outside their relationship, suggesting a solid correlation between infidelity and sexting. About 40 percent of respondents over age 50 had sexted with someone they met on Ashley Madison. Evidently, when it comes to infidelity, sexting isn't just a millennial thing.

"When technology changes, our habits and our cultural norms change," said Weiss. "One of the things I see being questioned a lot right now in various ways is fidelity."

But why do people sext?

Sexting carries a relatively high risk of getting caught, since there are records of everything. And since sexting doesn't actually involve physical contact, it's easy to think of it as a poor substitute for other, more exciting activities. But if so many people, both in and out of relationships, are doing it, they must be getting something out of it.

Women, on the other hand, are a bit more complicated, according to Weiss. He said that while men are often just interested in getting a sexy picture, and don't worry too much about whom it's from, a woman tends to look for signs that her sexting partner is interested in her, specifically. Weiss said that women may be hoping to find out if other men besides their romantic partner find them attractive or interesting. These women may not be getting enough validation from their partner, so they're looking for a way to feel wanted.

Weiss acknowledged that these are just the patterns he's observed, and they're not necessarily universal. He also noted that plenty of women are just looking for no-strings-attached hookups. (In fact, recent studies suggest that when it comes to the desire for casual sex, there's no gender gap at all.) But while everyone has their own reasons for sexting outside a relationship, many of them simply boil down to this: They're looking for a feeling of excitement their relationship doesn't provide.

Bryan* has sexted with women outside of relationships many times in the past, but he says he never intended to meet up with his sexting partners.

Then there's Mark*, who's in a long-term relationship and lives with his partner, but who regularly sexts with a female co-worker. He told The Huffington Post in an email that he and his co-worker have a physical spark but only act on it via sext, since he's in a relationship.

"It is usually when I am traveling on business, so never from home," Mark wrote. "I feel guilty sometimes, as I do not want anything more from this and do not want to hurt my partner. But it is exciting and sexy. I guess I justify it by saying 'rather this than an affair.'"

Just like Melissa's husband, these men claim to be happy in their relationships, but want a little extra fun on the side. Things become more complicated when sexting shines a light on how a relationship may not be working, like in the case of Sarah*, 34, who's been married to her husband for seven years.

A couple of months ago, Sarah ran into an old college fling and began communicating via Facebook. She told HuffPost that it started off innocently enough, but after the two started reminiscing about their past together, the messages became more explicit. Pretty soon, they were exchanging pictures. This is the first time Sarah has done anything like this, and she said it's allowed her to see the flaws in her marriage.

"I'm treating it as just some fun on the side, now that it's happened," she said. "But now I'm sort of questioning my relationship with my husband and wondering if we need to re-evaluate where we're at in our lives together."

Sarah loves her husband -- she's just not sure she's "in love" with him. She said their relationship lacks passion, and they're not having sex anymore. While Sarah said she would never leave her husband for her old flame, the sexting has allowed her to realize that she's lacking sexual connection in her marriage. She feels guilty and knows her husband would be upset if he found out. Nevertheless, she said, she's not sure if she still considers sexting to be actual cheating.

"Honestly, I completely did before I started doing it," she said. "Now -- and I don't know if this is just me trying to rationalize and make myself feel better -- but it feels like more of a gray area."

If someone is caught sexting, can trust be restored?

Weiss doesn't seem to see any "gray area" when it comes to sexting. After 20 years of working with couples, he says that it's the lying that makes sexting cheating -- physical contact has nothing to do with it. He said that whether or not you actually sleep with the person you're sexting with, your partner is going to be just as hurt as if you actually had consummated the affair.

"I think 'real' cheating is lying to your partner," he said. "It's the lack of integrity and the lack of honesty that hurts partners, not the sex."

In fact, extramarital sexts are often included as evidence in divorce proceedings. A 2014 report from the Italian Association of Matrimonial Lawyers found that 40 percent of the country's divorce cases use messages from WhatsApp, a mobile social messaging service, to prove that partners have been unfaithful. 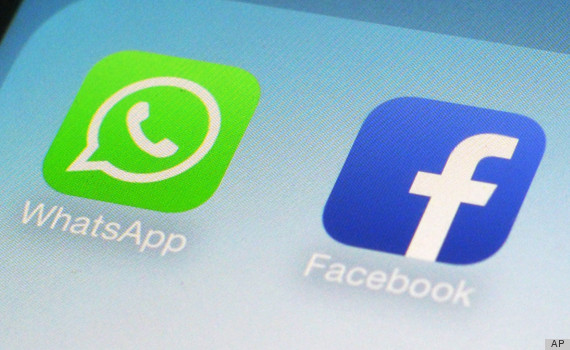 Sexting doesn't have to take the form of standard text messaging. It can also happen via social apps that can be accessed on smartphones, like Facebook, WhatsApp and Snapchat.

"My message to adulterers is 'Be prudent,' since if it makes betrayal easier, WhatsApp also makes it easier to be caught," Gian Ettore Gassani, president of the Italian Association of Matrimonial Lawyers, told The Times earlier this month. "Spouses often become suspicious when they hear the beep of an incoming message."

That's not to say that all sexters who are caught lose their partners. Often, people who have caught their partner cheating will try to salvage the relationship and work through the betrayal. The way to restore trust, according to Weiss, is for the cheating partner to demonstrate consistent, transparent, reliable behavior over time. The couple may need to have an honest conversation about what sexuality means to them -- some couples may even decide that sexting outside the relationship is OK, as long as it stays within certain parameters -- but Weiss said those kinds of rules need to be thoroughly discussed as a couple before someone hits send on a sext.

Weiss also said that once a person is caught sexting, their partner is entitled to ask to see their phone or online messages on a regular basis. Everyone has a right to privacy, but once trust has been broken and the couple wants to work together to reconcile, the cheater will have to make their partner feel comfortable again, which may involve giving them access to the phone that enabled the relationship rift in the first place.

As for Melissa, she says she gave her husband plenty of chances over the years, and she wants to set a good example for their children by not tolerating infidelity. For now, she's agreed to a peaceful marriage dissolution and won't be including any of those graphic screenshots in her divorce proceedings. She's also going to wait until her 1-year old daughter and 3-year-old son are a little older before she tells them about their father's proclivity for extramarital sexting.

"I think down the road, when they're older and they can understand why their dad and I didn't work out, I can explain to them that there's a level of intimacy you have with your partner, and when you break that, you break that trust," she said. "That's just not how you treat one another."

*These people's first names have been changed and their last names omitted to protect their privacy.