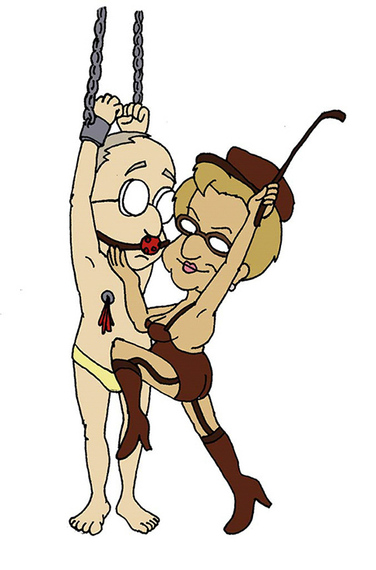 "Kissing is a means of getting two people so close to each other
they can't see anything wrong with each other."
Rene Yasenek

Admittedly, for me and maybe for you, this conversation could be considered somewhat taboo and difficult to discuss. There are so many different levels to intimacy and sex. All of us have our own ideas as to what constitutes an intimate and sexual relationship.

Let's talk about fantasies. I'm not referring to a man's fantasy of playing NFL football or NBA basketball. I'm not focusing on a woman's secret thoughts of becoming a Victoria Secret model or an A-List movie actress. What I'm talking about are some of the collective sexual fantasies of both genders. Most fantasies are never acknowledged because, as a society, it appears to me that we are inhibited and too shy to share.

Sexual fantasies are both real and serious. They can turn your sex life into a real adventure. Men have them! Women have them! Fantasies are part of the human existence whether sexual or otherwise. The recent movie, "Fifty Shades of Grey", has shockingly shed light and introduced us to the world of S and M. While I have no intention of going in that direction, I admit I do get my hands slapped from Sassy Grandma when I'm somewhat out of control.

It's particularly unsettling that in the United States expressing sex and sexual fantasies is a BIG taboo. They can turn your sex life into an exciting adventure. In other countries, conversations around this topic are discussed openly and without inhibitions. Get out of your comfort zone. Turn yourself loose! Unlock the door to your most private world. Experience the possibilities. Granted, men's fantasies are probably the most discussed. However, studies have shown females also have raging hormones and their fantasies are just as real.

A survey by The Journal of Sexual Medicine highlighted the kind of sexual fantasies held by both genders. Surprising to me was that having sex with two women ranked highly with men while 50 per cent of both men and women fantasized about having sex with someone other than their partner or spouse. Also, at the top of the list with both sexes, was oral sex and having sex in strange places. With that being said, in a committed relationship, one's feelings and emotions ranked highest in importance.

Following is an excerpt from the Billy Joel song: Sometimes A Fantasy

"Sure it would be better if I had you here to hold me
Be better baby but believe me it's the next best thing
Sure there's many times you've wanted me to hear your secrets
Don't be afraid to say the words that move me
Anytime you want to tell them to me."

If you want to turn your sex life into a thrilling adventure, keep your love making unlimited and consider the following: What's better? Fantasy? Reality?
If your fantasy is better than your reality consider options to create a more fulfilling reality.

Until our next conversation ~ I welcome your feedback.

Welcome to Grandpa Does Grandma: The ABCs of Senior Sex.
www.GrandpaDoesGrandma.com
www.philparker.com