In a too oft-repeated joke, Lindsay Lohan's character in "Mean Girls" observes, "Halloween is the one night a year when girls can dress like a total slut and no other girls can say anything about it."

No one's denying that Halloween costume options for women tend towards the minimalist fabric approach. However, one particular getup -- a Halloween costume of Ursula the Sea Witch -- is causing controversy not for being too sexy per se, but for not coming in a range of sizes.

Boing Boing picked up on this "Sassy Ursula" costume for sale on the website Disguise. The costume has all of those standard Ursula trademarks -- wild silver wig, jester-like black skirt to mime tentacles.

So what's the problem? It only comes in sizes 4-14. (Ursula, of course, is a physically sizeable character from Disney's "The Little Mermaid.")

A blogger who goes by Tavie noted the irony of this in her note to the website:

Disney DOES partner with a company called Disguise Costumes to offer those ubiquitous, often inappropriate "sexy" versions of characters, and they do offer an Ursula costume - but Ursula can't be fat and sexy at the same time, so if you're an actual plus-size woman, better look elsewhere. The "Sassy Ursula" offered in their "Fabulous Flirts" collection comes in sizes S, M & L - with L equal to a US 12-14. (The company does have a small range of actual plus size "Disney Princess" costumes - you can be Fat Cinderella or Fat Belle if you want to, but you can't be Ursula. Better luck next time, fatties.)

The comments section of Boing Boing then erupted into a debate about the costume. "If you don't fit in a standard prepackaged costume, which means these days on the smallish size, you're screwed," one person wrote. Another defended it: "I sincerely doubt that the owner of the South-East Asian sweatshop producing these costumes is carefully calibrating what messages his products are to send about body image and sexiness. I'm not even sure anyone there even has a clear idea of Ursula. They're just producing those sizes (and designs) the production of which are justified by demand forecasts (established at looking at past demand)."

Others, however, were just mad at the costume's quality itself: "If you hadn't told me it was supposed to be Ursula," one person writes, "I'd think it was a barmaid costume or something."

For what it's worth, Disguise does offer plus-size versions of costumes for Cinderella, Belle and Prince Charming. 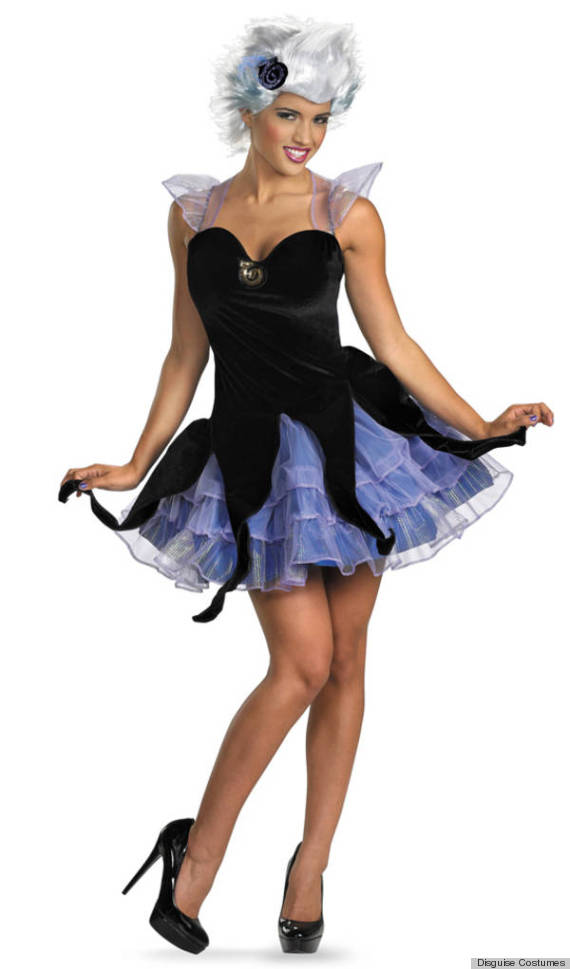 See the most questionable Halloween costumes ever! (Some NSFW)