On Saturday morning, Asiana Flight 214 from Seoul missed its runway at San Francisco International Airport and made a crash landing. Of the more than 300 passengers and crew members, only two people died. (There were 182 others injured.)

The low number of fatalities is thanks to not only the brave people who risked their lives to save others, but also to the many engineers and researchers who developed the incredible safety technology in planes today. The Wall Street Journal, in a report on Monday, credited three main technological advances for saving lives.

Starting in 2009, all airplanes were required to have what are known as "16G seats," or seats that can withstand forces 16 times stronger than gravity at the Earth's surface, so as not to collapse during a crash. Some of those 16G seats even come equipped with airbags.

16G seats are rigorously tested. The seats are crash-tested with dummies equipped with accelerometers on their heads to test for potential head, neck, and spinal injuries. They have been installed in all planes built since 1988, but it was only in 2009 that the Federal Aviation Administration required all planes built before 1988 to have the sturdier seats. The old FAA standard called for only 9G seats.

Commercial airplanes are equipped with a great deal of material that resists the blazes that start after many crashes, including the one in San Francisco. From the walls to the ceiling to the seats, almost everything in airplanes is covered in some sort of flame-resistant materials that go by tongue-tying acronyms: TDCPP, HBCD, TBPH. The FAA requires that most materials used in planes be self-extinguishing, meaning they stop burning once the flame is removed.

The use of the chemicals isn't without controversy. This year, one study found dust particles from flame retardants in air samples taken from planes. One chemical found, TDCPP, is a known carcinogen.

The following illustration shows where flame retardant materials are used in Boeing planes. 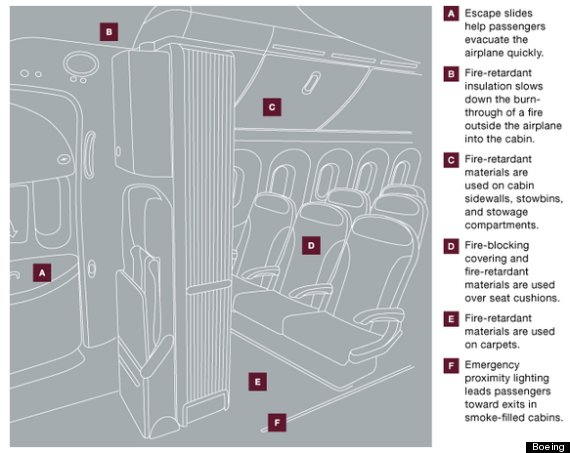 "Rescue crews used cutting-edge nozzles, equipped with cameras, attached to the end of hoses," The Wall Street Journal reports. Firefighters were able to push these camera-equipped hoses inside the cabin and extinguish intense flames without having to physically enter the most dangerous areas. 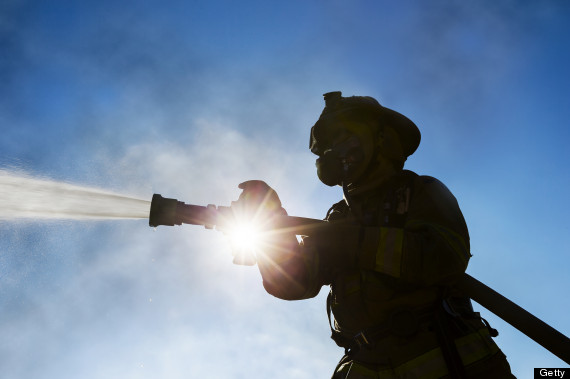