In 2009, the state of New York outlawed shackling pregnant inmates during and after labor. But according to a report by the Women In Prison Project, not all prisons are following the statute.

While shackling during birth has slowed since the law was passed, many women are still shackled immediately after giving birth and during their trips to and from the hospital, HuffPost senior editor Melissa Jeltsen said in a HuffPost Live interview Tuesday.

Tamar Kraft-Stolar, the director of the Women in Prison Project, said that her research confirmed the trend.

"We interviewed actually 27 women who had given birth after the 2009 law went into effect and 23 of those 27 women had been shackled at some point in violation of the law," she told host Alyona Minkovski.

The American Medical Association considers the use of shackling during labor both "medically hazardous" and out of line with the "ethics of the medical profession." According to the Women in Prison Project, shackling "heightens the risk of blood clots, limits the mobility needed for a safe pregnancy and delivery, and increases the risk of falling, which can cause serious injury and even death to the fetus." The report also states that shackles can get in the way of administering medical care in emergencies. "When we're talking about shackles, we're talking about wrist shackles, ankle shackles and also possibly a very heavy waist chain that goes around the waist," Jeltsen said.

"There's often a divergence between policy and even legal policy and practice," she said. "There's so little oversight. There's so little public accountability. And then you have, piled on that, this widespread dehumanization and lack of public sympathy. All of those are a recipe for laws not being followed." 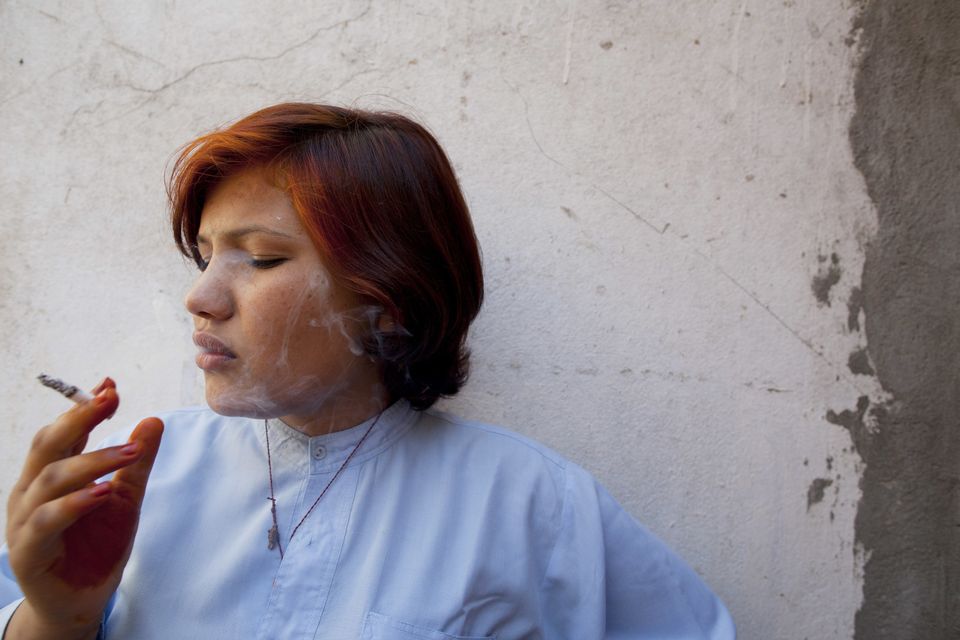 1 / 13
Shawal Jamila,19, smokes a cigarette inside the women's prison October 22, 2010 in Mazar-e-Sharif, Afghanistan. Accused of bad behavior, she ran away from home with her boyfriend and has been in prison for five-month. (Photo by Paula Bronstein /Getty Images)
Getty Images