I wish this story had a happy ending. Dog goes missing, community searches for dog, dog is reunited with his family. They live happily ever after.

Unfortunately, that is not this story. 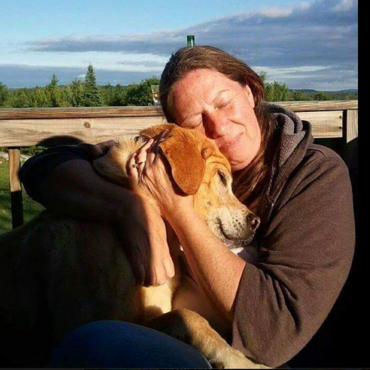 This story is very bittersweet. Shadow went missing on April 27th and his body was found 12 days later on Mother's Day. Nevertheless, Shadow's story isn't only about one missing dog. It's about the power of love and how that power can move mountains. In this case, the love one woman has for her dog inspired an entire Western Maine community to action.

It's the story about how Shadow became everyone's dog.

The Search for Shadow

Shadow, an energetic yellow lab, was my friend Kate Allen's dog. Kate is an avid animal lover and lives on several acres where Shadow could roam. He routinely ran around trails on the Allen's and neighboring properties. He always came home.

It was unusual for Shadow to be missing for several hours. Kate started posting to Facebook shortly after Shadow went missing. Kate was relentless and posted in every local social media group, sent out flyers, and searched daily around her property. Kate, her husband Jack and son Jake, knocked on doors and searched on their ATV. Eventually, Jack enlisted the help of a drone operator, Jeff McCarthy and a pilot, John Mason, who flew over their property hoping for a glimpse of Shadow. As the days passed, Kate turned to an animal communicator who believed Shadow was weak but still alive.

People responded to Kate's pain and anguish over Shadow's disappearance. Here's what Kate posted on May 6th:

I've had a very difficult evening. Last night was the first night since Shadow went missing that I didn't wake crying in the night. I was sure today was the day we would be reunited but tonight I felt helpless and hopeless. I received a phone call just a little while ago that lifted me. My friend talked to Shadow and the first thing he said to her was "tell them not to give up on me yet" She says he's caught, maybe his whole body is caught on something. He said the sun felt good today. He has water but he is hungry. Our boy is waiting for us to go get him, so tomorrow is the day my friends! Thanks for all you've done for Shadow and his people. You're all his people now, too.

By this point, Heaven Love had created a Facebook page called Coming Together to Bring Shadow Home, which had hundreds of members. Abbie Morrison, who had never met Kate or Shadow, helped organize a community search. People searched for hours on a rainy, cold Thursday but were still determined to find him, even though he'd been missing for more than a week. On Friday, Kate asked for everyone to light a candle for Shadow. 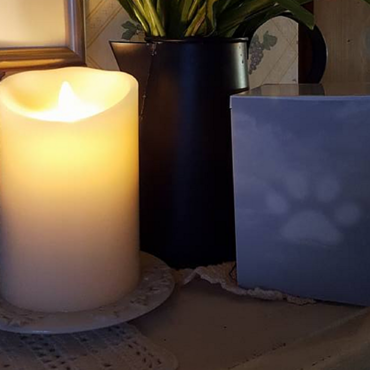 I just wanted to say THANK YOU (times a million) to everyone that has been searching, helping, donating, following along etc. Most of us have never met Shadow (some haven't even met Kate , Jack, or Jake), there are countless people creeping their cars alongside the road searching without ever even making themselves known. What an amazing and inspiring community! I was talking to Steve and Jake today and we all agreed that everyone involved are the type of people you'd want on your side in any situation. This isn't "just a dog". This is someone's family and the support the Allen's have received has been overwhelming and I've seen first hand how truly humbled and grateful they are by it. So, from one searcher to another, thank you for being a kind and caring human being. You all inspire me greatly.

The rest of the weekend was spent in a frantic blur of searching, as people from all over our area looked under bushes, behind dumpsters, in old sheds and on forgotten trails. Possible sightings were everywhere and no lead went unnoticed. Kate started calling everyone Shadow's Angels, as the search grew to other areas. Two searchers were actually locked in local business lot and had to be rescued themselves! No one gave up hope. No one wanted to stop searching.

Until Mother's Day, when we all received this post:

Shadow's been found. He's crossed the rainbow bridge. Jack is going to get him and bring him home where he belongs. Thank you all for helping to find him. We love you all.

Among the outpouring of shared grief, the members calling themselves Shadow's Angels knew there was something special about this community search. 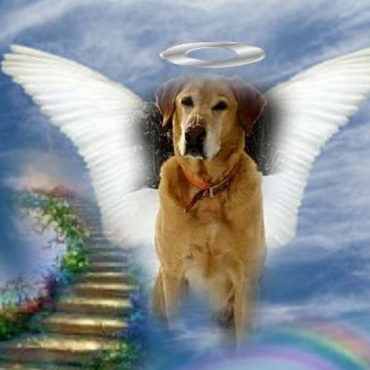 Here's a few of their comments:

Jenny Scribner: Shadow, Kate and their family helped to remind the rest of us that true love is unconditional and old-fashioned community values still mattered. I am forever grateful to have been a part of a truly selfless endeavor.

Courtney Lynch: Old-fashioned community values....a lot of the time it feels like those have been lost, we're all so busy in our own lives just trying to get through each day. Kate, I know in many of your posts you said you felt overwhelmed or you weren't sure what to do, which is completely understandable and anybody would have felt like that. But you followed your heart and did what you had to do. Your love and genuineness is an inspiration to all of us.

Jessika Magofna: I've never seen a community come together to look for a lost dog before. But this handsome Shadow touched so many heartstrings. He brought all of us together, and he made people see this world does have care, compassion, and empathy.

Heather Dunn: Shadow may have not been my dog physically, but he was my dog in my heart. I found myself constantly looking for him wherever I went, just as I would my own dog. Our community came together like nothing I have seen before. He is more than a dog to me/us he is a perfect example of love.

Keri Nelson: Shadow will forever be known as the pup who brought an entire community together! Kate's emotion was so raw, we all felt it, we all cried, we all found our eyes wandering into the woods and along the roadside, we took notice of all yellow labs in and on the outskirts of town just hoping one was wearing an orange collar and was just waiting to be noticed. Every time I see a yellow lab I will think of Shadow, the pup who brought an entire community together

Cheryl York: I have never seen anything like this before. So many came together and still talking about it and posting. This is what our social media needs more then any other thing , pure love and human compassion.

Pat Provost: One never knows our purpose in life but we all have learned what Shadow's was!! Simply amazing.

Vicky Verrill: In my 57 years of living here have I never seen so many people come together to look for a pet..they are our children. There are many kind and compassionate people in this community... we also have a lot who know how important our pet's are to us!!!

Peggy Henckel: Shadow became everyone's dog. I've never seen people come together like this. A piece of me felt like I lost Shadow too when I learned of his passing. Our community is strong. And shadow will never be forgotten by those of us involved.

Penny Nyob: My husband and I live in Naples, so not even the same county. However we are animal lovers. We felt Kate's pain in every post. We just could not sit idly by and wait for news. The spirit of love and compassion encompassed us and we were compelled to help.

Jayne Hartman: Shadow brought us together as a community like never before, we have searched, prayed, and cried. This beautiful animal and his family has given this community hope in a dark world and for me it has been a reminder to love they neighbor as thyself!

Lorraine Lambert: How do you fall in love with a dog you have never met? Easily and passionately from the true, deep heartfelt love that Kate felt for Shadow and clearly his unconditional love for her.

Celia Paine: Even in death, Shadow continues to hold this community together. New faces and new friends which if not for Shadow there might never be. Shadow was and still is a major part in each of. our lives, it was a wstrongderful thing that this all came about. God keep him working in your work.

Everything happens for a reason. Shadow's story moved from an active search to a deeper understanding - we are connected by our shared love of animals. Our animals are part of our family and we will do whatever it takes to keep them safe. Everyone that searched for Shadow wanted a different outcome. Everyone wanted to bring him home, to give Kate the happy ending she desperately prayed for.

Kalynn Bangs, a college student attending the Maine College of Art, created a new Facebook group entitled The State of Maine - A Helping Paw as a community resource for lost pets. The group also joined forces with members of Maine Search and Rescue who want to use A Helping Paw as a state-wide resource. 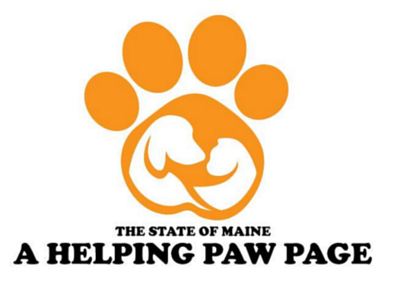 Both members of Shadow's Angels and A Helping Paw Page will attend the local animal shelter's Fun Dog Days to promote lost pet resources. A memorial trail in Shadow's name is being created, t-shirts for pet searches are being made and the groups are helping to support a Christmas drive for low-income pet families.

Shadow's story lit a fire in this community, one that was waiting to be ignited. He brought together new friends and showed us the power of love. Everyone tried to bring Shadow home and will regret that failure forever.

Kate believes Shadow's legacy is love and says "In our search to find our beloved Shadow we found each other." That's why Shadow's Angels are now prepared to find the next beloved dog.