Dogs, you've gotta love 'em, but you have to lower your cleanliness standards a bit. Especially when they get wet. 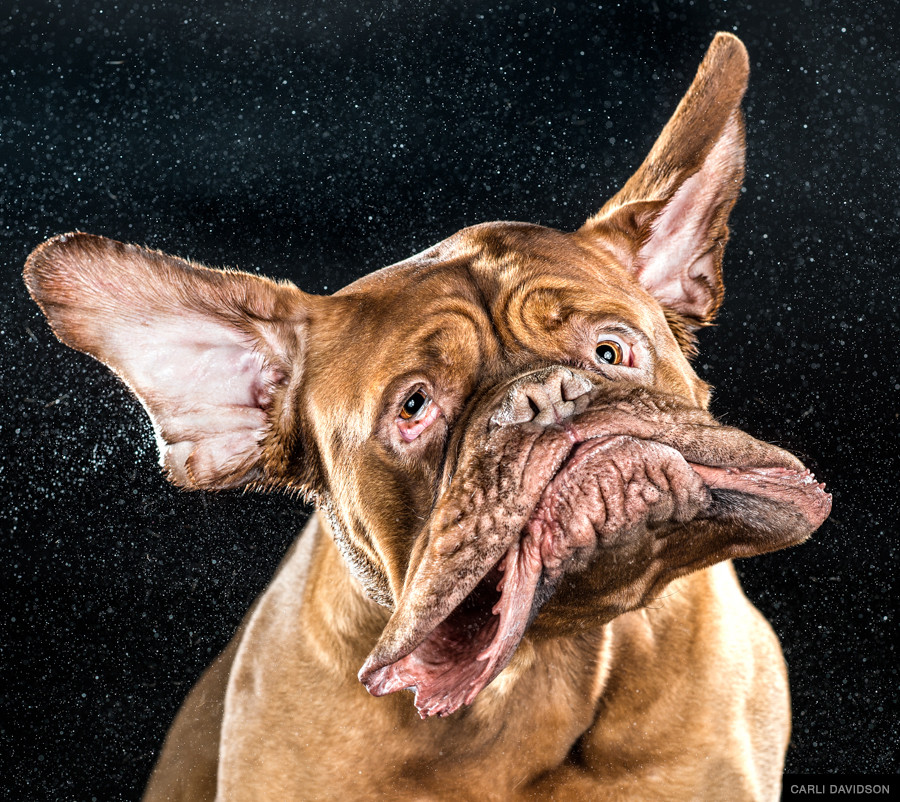 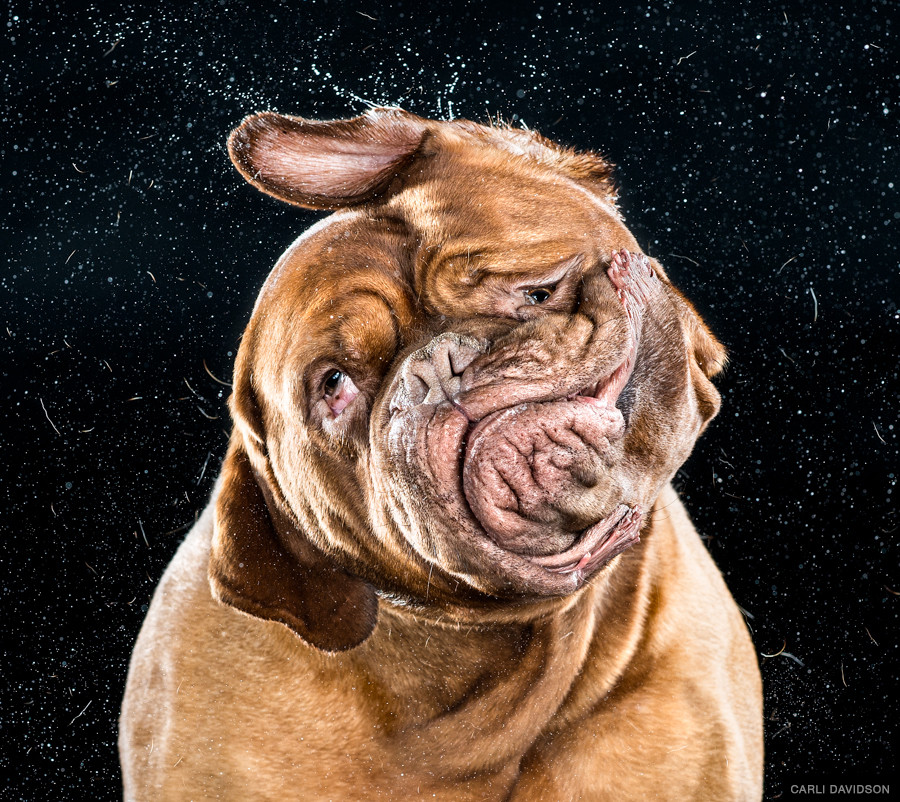 "Shake," a new book from photographer Carli Davidson, highlights that lightning-fast moment when our four-legged friends dry themselves off, often in a slobber-filled tornado straight out of "Beethoven." Davidson said she was struck with the idea for the series after her own dog, Norbert, used to cover her house with his drool after shaking.

"I always had these kind of jowly dogs and I'd have to clean their slobber off the walls," she told The Huffington Post. "Once a month I'd look at the white surfaces in my house and say 'that's gross, I have to clean Norbert's drool.'"

Davidson said a few friends and animal rescue organizations pitched in to get a few shake-happy dogs to her studio in Portland, Oregon and she uploaded a few shots to the Internet in 2011 that went viral. And thus, "Shake" was born. 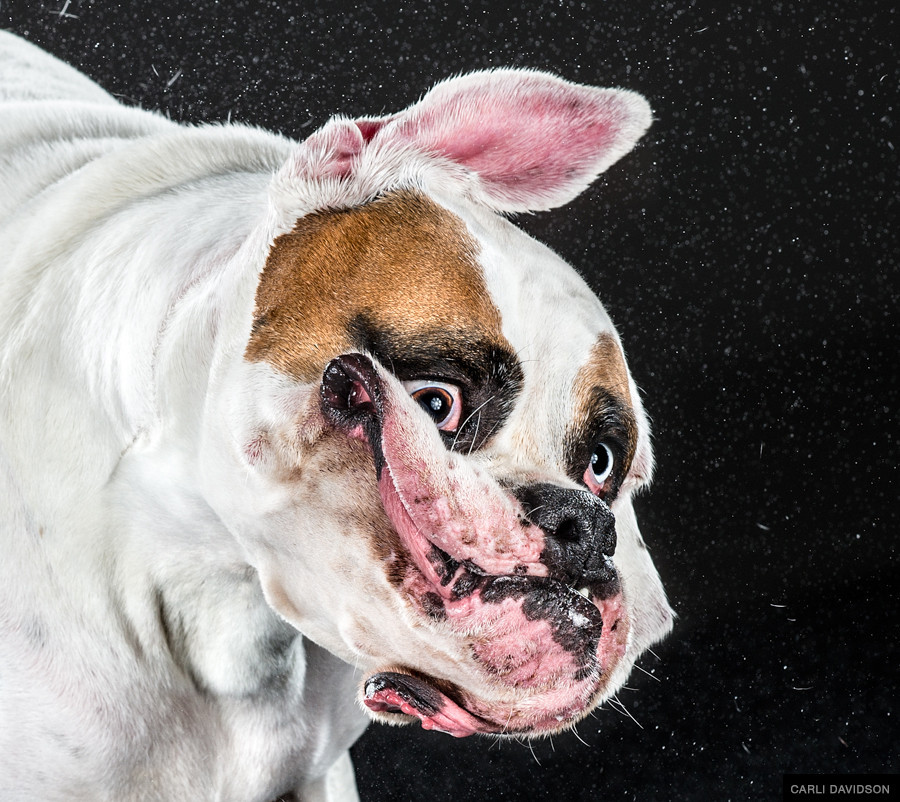 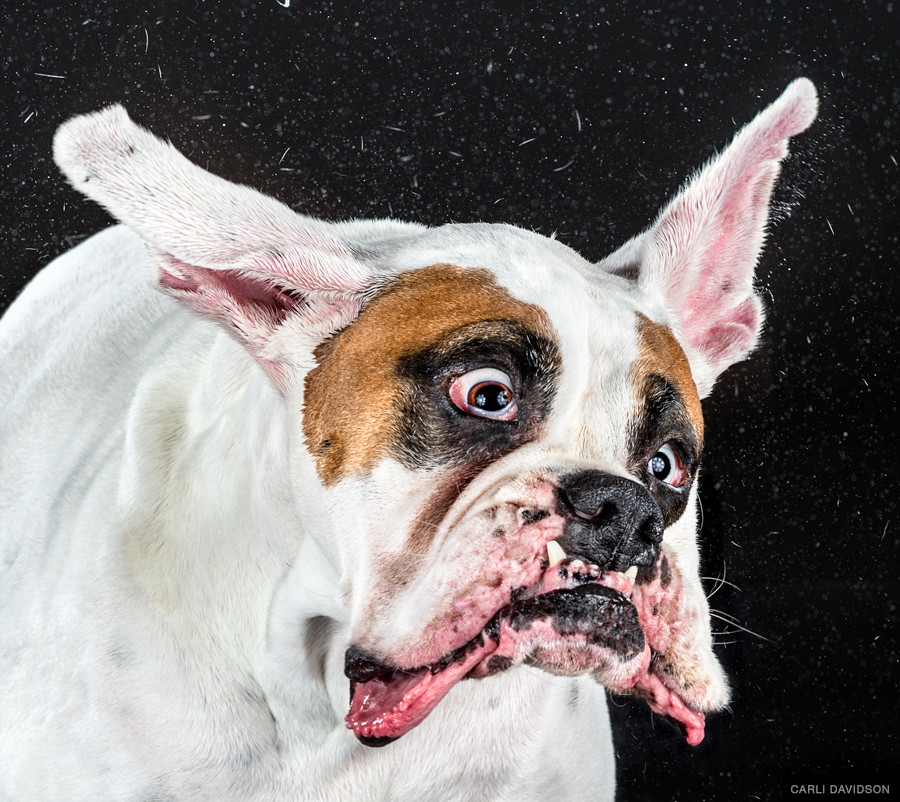 Davidson said she was attracted to the bizarre, split-second reaction when our pets shake, what she calls the "moment dogs turn into monsters."

The photographs are presented in pairs to capture the stop-motion effect behind the photographs, drawing inspiration from the landmark Eadweard Muybridge film of a horse running. 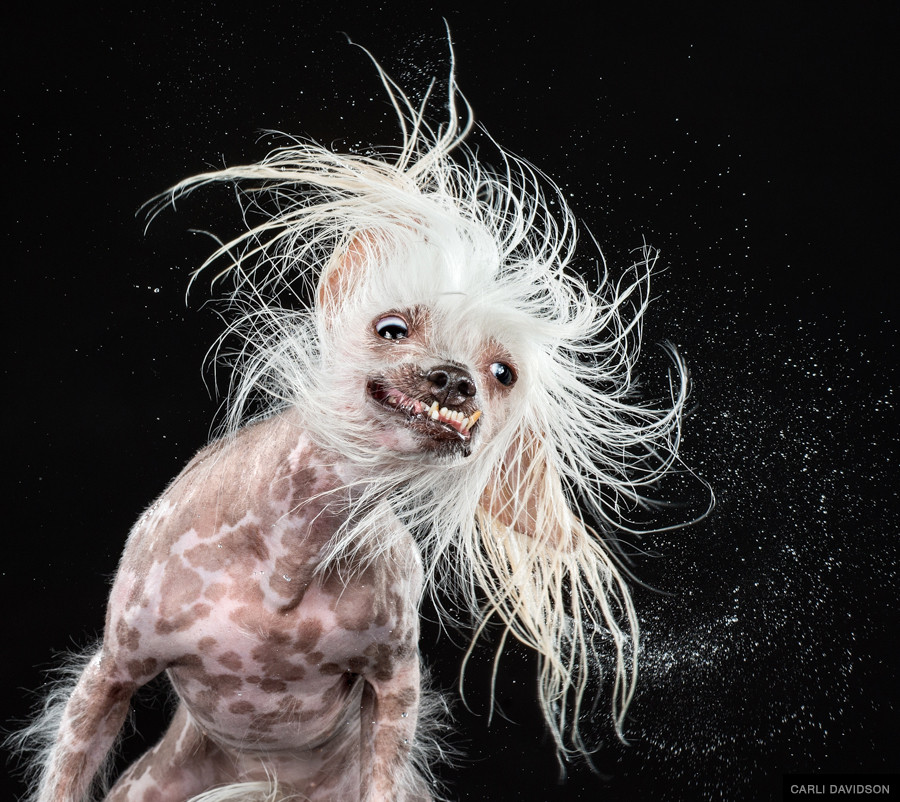 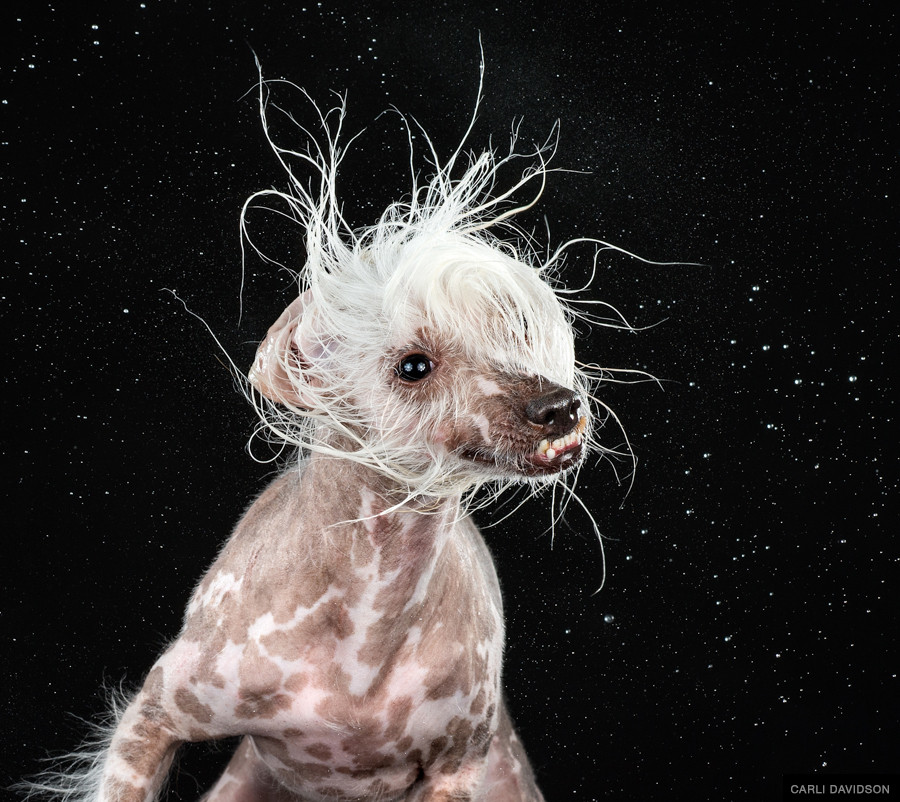 Take a look at some more of Davidson's photos, and an incredible slow-motion video, below, and head on over to her website for a few more. You can pick up a copy of "Shake" in stores or online. 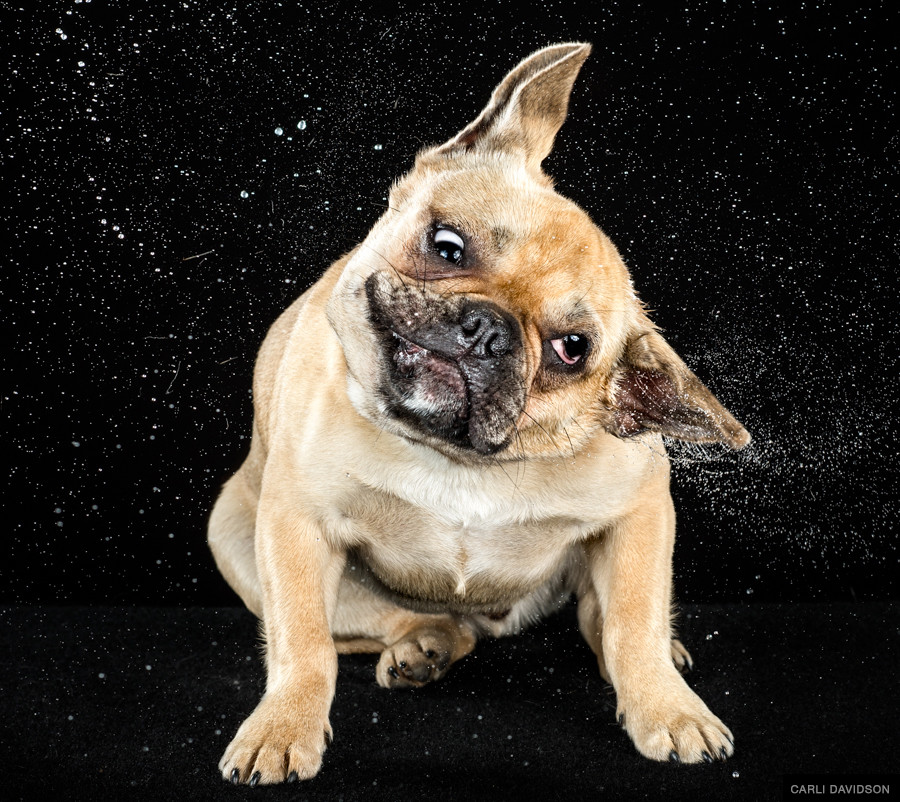 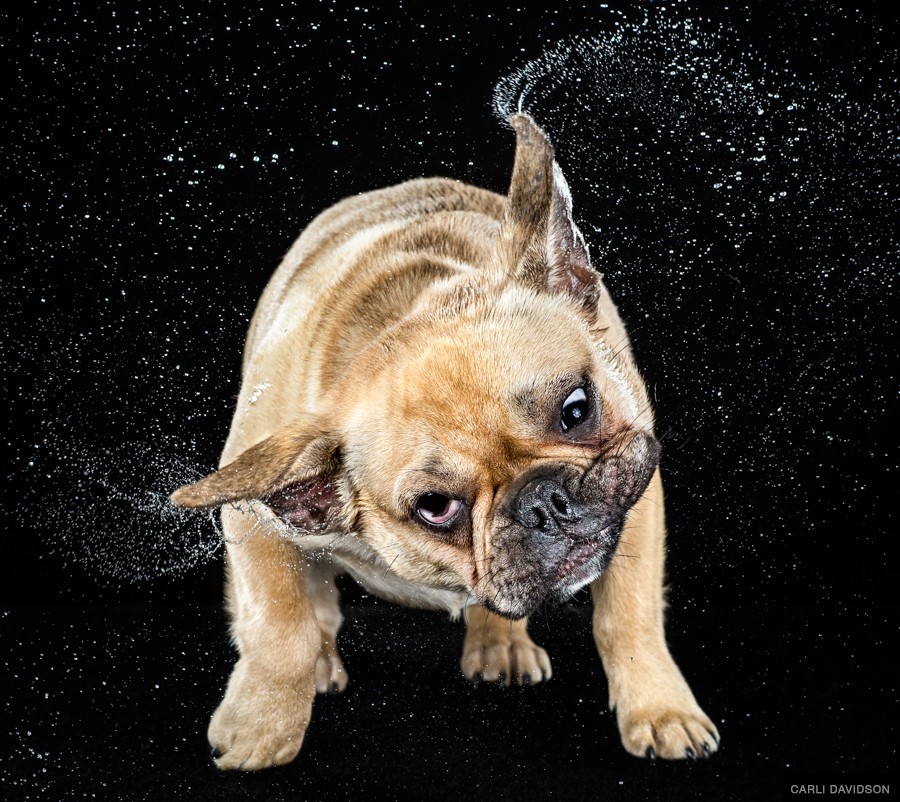 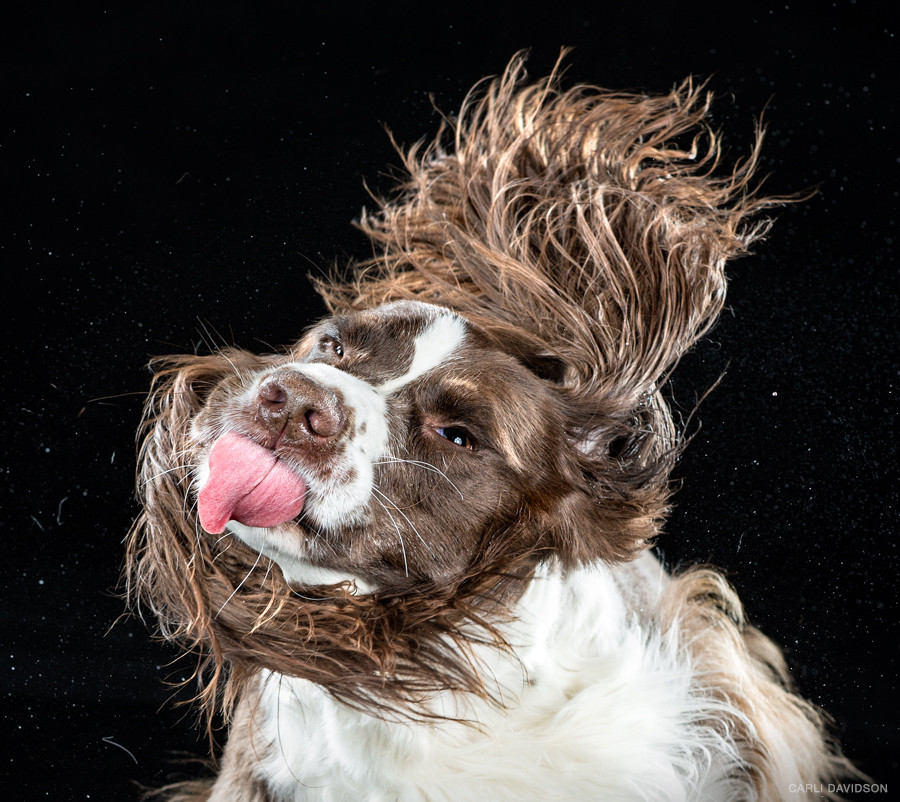 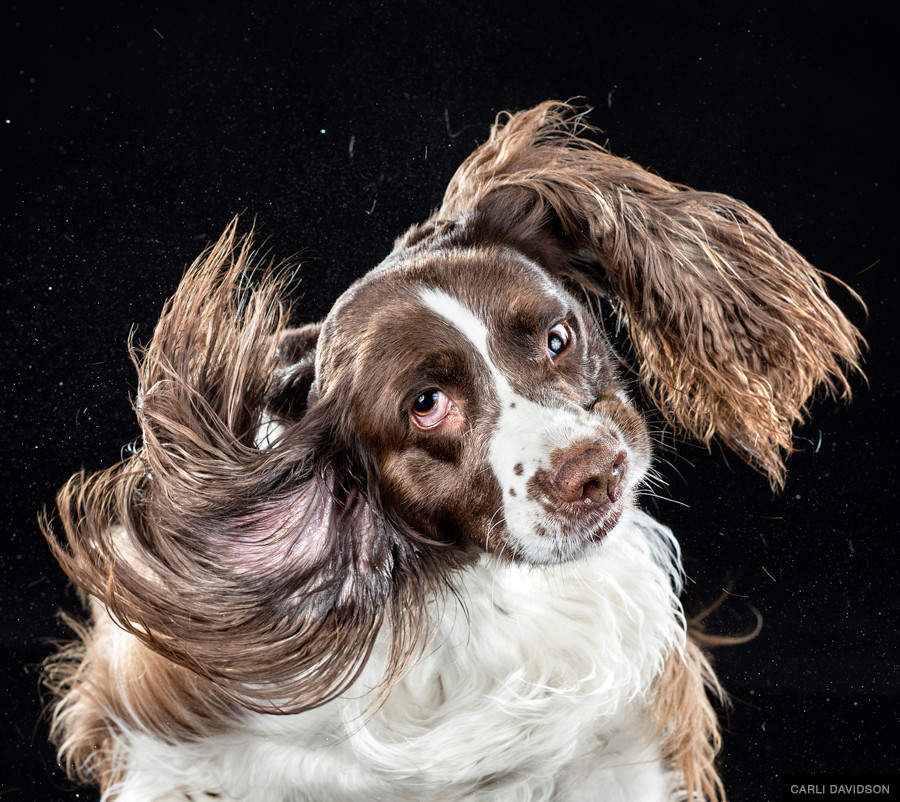 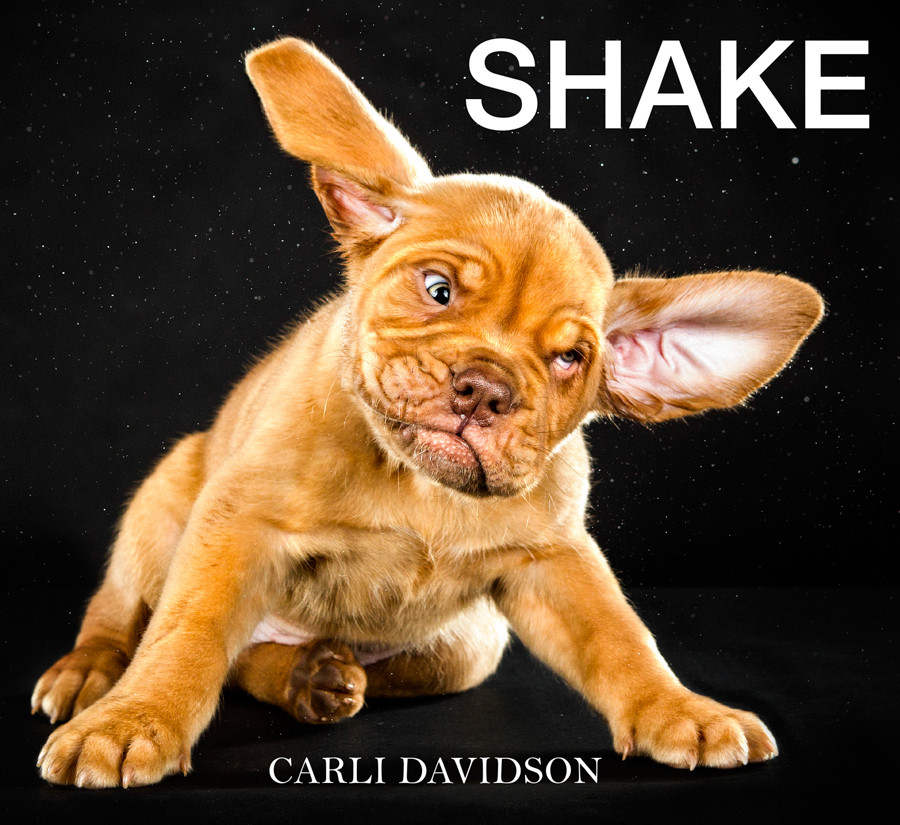 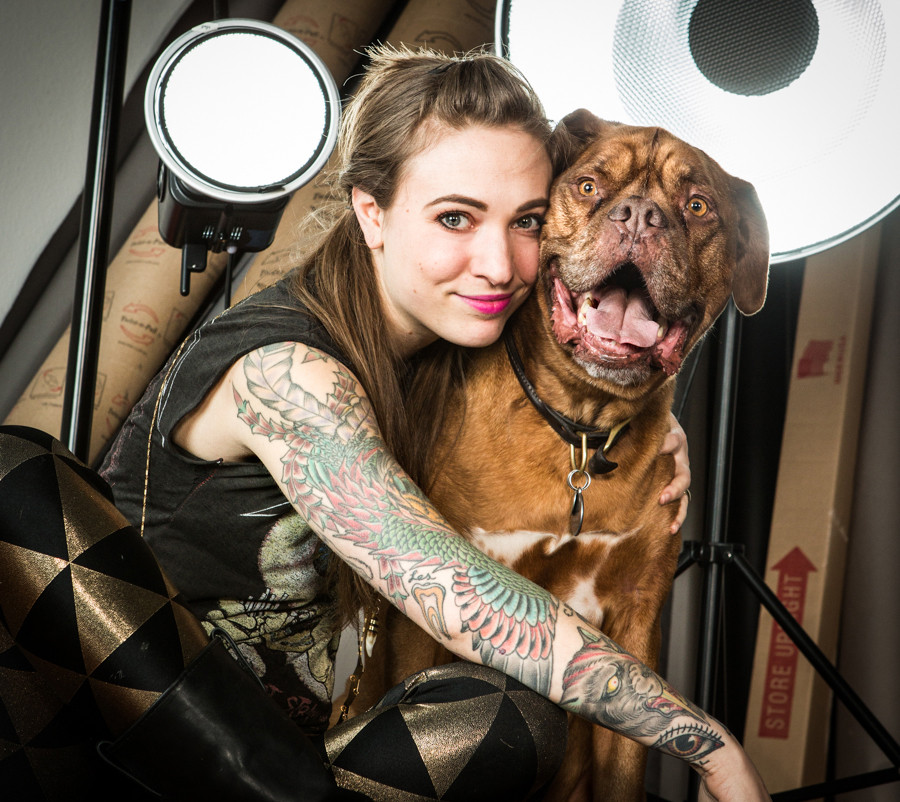 SHAKE from Variable on Vimeo.