A slew of current projects -- ranging from young adult novels to television to a rumored Anne Hathaway film -- aim to make Shakespeare accessible to a contemporary audience. 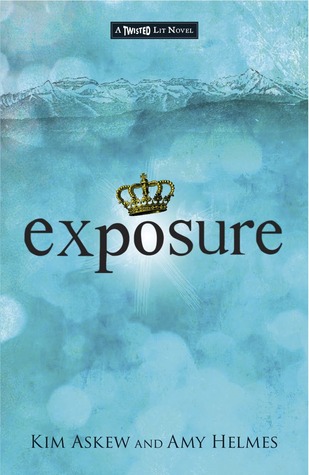 Merit Press, a new Young Adult imprint headed by best-selling author, Jacquelyn Mitchard (The Deep End of the Ocean), is basing two of its first five debut releases on Shakespeare retellings.
Exposure, a modern retelling of Macbeth set in an Alaska high school, was published January 18th. It's the second book of what will be at least three titles in co-authors Kim Askew and Amy Helmes' Twisted Lit series.

Tempestuous, a humorous reimagining of The Tempest with a lead character named Miranda Prospero, was released in December.

A recent study out of the UK revealed that almost a third of schoolchildren under the age of 13 had never heard of their country's most famous writer. The statistics for adults 18-34 were equally dismal. Five percent believed Shakespeare's most famous play was Cinderella, and nearly half (49 percent) were unable to complete the line "Romeo, Romeo..." with the correct response "wherefore art thou Romeo" from Shakespeare's best known play, Romeo and Juliet.

The Twisted Lit novels hope to tap into this lack of awareness and make Shakespeare more appealing to today's teens. "We loved the idea of taking Shakespeare's plays and reinterpreting them for the 21st century," said Amy Helmes, co-author of Exposure. "Our novels pay homage to the Bard while putting our own modern spin on his works. Retellings are popular in the YA [young adult] realm right now, from new twists on fairy tales to Greek mythology. Shakespeare's themes are so common; we knew they'd be a perfect fit for the YA genre, especially if we could find a way to make his tales less intimidating and more relatable. We knew the Shakespeare angle would appeal to teachers and librarians, but the enthusiasm we've seen from young readers has been even greater than we'd anticipated."

In May, first time author, Rebecca Serle, released her YA adult novel, When You Were Mine, a modern retelling of Romeo and Juliet from the perspective of Rosaline, Romeo's first love. The novel takes place in a contemporary high school setting with Juliet as the "mean girl." It was published by an imprint of Simon & Schuster, and the movie rights were sold before the book was released. Lily Collins, star of the movie Mirror Mirror, has been cast as Juliet. Rosaline is expected to hit theaters this year.

A Sampling of Shakespeare Projects in the Works: 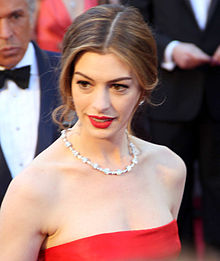 -Anne Hathaway, Golden Globe winner and Oscar Nominee for Les Miserables, is attached to star in an updated remake of The Taming of the Shrew.

-Fox has bought the TV series America's Son. America's Son is an updated take on Hamlet, about a Kennedy-esque political family whose patriarch is murdered and the son who returns to D.C. to uncover the truth. It's being produced by Steven Spielberg's Amblin Television.

-ABC has a new TV series, Westside, in development. It's based on the musical West Side Story, which itself is based on Romeo and Juliet.

-Johnny Depp's production company has partnered with the Scandinavian production company behind the original Girl with the Dragon Tattoo films to produce a scripted series based on Shakespeare's plays. The series is described as "a modern take on the plays of The Bard, building on the existing characters and plots from several of his most notable plays."

The current television show Sons of Anarchy, now in its sixth season on F/X, has long been thought to draw its inspiration from Hamlet.

Exposure co-author Kim Askew believes the pop culture interest in Shakespeare is driven by his plays ubiquitous themes, which translate well to today's audience. "The heightened drama and emotions in Shakespeare's plays feel very true to the experience of being a teenager," Askew said. "Many of his characters are young people facing the same issues teens and -- and adults -- will always face: the drama of falling in (and out of) love, dysfunctional families, the question of where you rank in the social sphere...it's very easy to take his universal themes and make them relatable to the modern era. His plays are very 'of the now' in whatever time period they're read."

There's even a new Shakespeare app series available in Apple's App Store. In November UK publisher, Cambridge University Press, released the first of its Explore Shakespeare series of apps, which pair the text of Shakespeare's plays with audio performances, commentary and other interactive content, in effect transforming the classic plays for the digital age. Among the first apps released were Romeo and Juliet and Macbeth. Apps for other Shakespeare classics including Hamlet, Twelfth Night, A Midsummer Night's Dream, and Othello will debut in the coming months. In a Reuters interview, Cambridge University Press said they developed for Apple's iPad first because it's the dominant tablet platform in schools, a key target market for the apps.

The apps tie in with Exposure authors' Askew and Helmes' goal of leading people to Shakespeare. Helmes said, "We'd love to hear that our books help make Shakespeare more accessible, but our primary goal was to simply write entertaining books using his stories as a springboard. The novels are written with both Shakespeare fans and Shakespeare-phobes in mind. And if it prompts people to want to read or revisit the original plays, that's great, too!"

Expect to see Shakespeare throughout all forms of media in 2013 as a new generation of media consumer rediscovers the timeless literary treasures of William Shakespeare.