Frannie Shepherd-Bates graduated from college with a passion for theater and the desire to use her art in ways that made a difference beyond the stage. But it wasn’t until she watched the award-winning documentary “Shakespeare Behind Bars” that she discovered the unexpected place she could take acting -- and the unexpected good it could do.

“Shakespeare Behind Bars” is a 2005 documentary about 20 Kentucky prison inmates in an acting group. Shepherd-Bates decided to launch a similar program in her state of Michigan.

She had already co-founded the Magenta Giraffe Theatre Company in 2008, along with fellow alumni from Wayne State University's theater department. As executive artistic director of the small nonprofit organization, she directs, acts, choreographs, teaches and coaches speech. But what Shepherd-Bates, 29, finds most rewarding now is the side project she started two years ago. 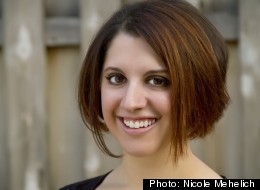 “I was really inspired by the work that Curt [Tofteland], the founder of that [Kentucky] program, was doing and the positive impact that work with Shakespeare specifically had on the men in the documentary,” Shepherd-Bates told The Huffington Post. “I felt like it was time to explore programming like this.”

She reached out to a friend at Women’s Huron Valley Correctional Facility, the only female prison in Michigan, with her proposal and began the volunteer-based Shakespeare in Prison project in February 2012. For the first 18 months of Shakespeare in Prison, Shepherd-Bates was its sole volunteer. She now has four other people helping her lead the program, which runs in nine-month sessions.

The women inmates meet with Shepherd-Bates and her team twice a week for two hours at a time in the correctional facility’s auditorium. They share news and updates with one another, warm up with a few theater and improvisation games, and then get to work on the play they intend to perform at the end of the session.

Shepherd-Bates wants the experience to be as democratic as possible, so the women work together to select the plays they'll perform, the sets they'll design and the costumes they'll wear. The first group of women back in 2012 were a bit intimidated at the thought of performing an entire play, so they decided to create a showcase of scenes and monologues from Shakespeare's works. The second session's participants put on "The Tempest." The third group will be performing "Romeo and Juliet" in June.

According to Shepherd-Bates, the prison auditorium isn't big enough to seat all the inmates at once so the group will give multiple performances.

“It’s great for them to be able to perform for the people they live with, do this incredible thing, and have this audience that really appreciates the challenge they’ve undertaken,” she said.

All of the inmates participate voluntarily, and not everyone who joins initially sticks with the program through the full nine months. However, those who stay -- as well as those who jump in along the way -- benefit immensely from the process, according to Shepherd-Bates.

“Women will come in, and at the beginning, they’re very timid about voicing their opinions. But by the end, they know that their ideas are appreciated and valued, and that their opinions matter and make a difference so they’re very vocal again,” said Shepherd-Bates. “Or they might come in from a place of being more vocal -- even to the point of being combative -- and they learn how better to function as part of a team. It’s the complimentary effects on opposite challenges: learning how to speak up for yourself, but also learning how to recognize the value of others’ input.”

Karri Osterhout, the facility's deputy warden of programs, offered a similar assessment of the program's benefits.

"Shakespeare in Prison is a unique program," Osterhout said. "It really helps the women with their communication and leadership skills, and they're empowered through the program. They're challenged to think, behave, ask questions, and put themselves in someone else's shoes."

According to Osterhout, Shakespeare in Prison and the Prison Creative Arts Project are the two theater-based leisure time programs currently offered at the women's prison. The Ann Arbor News wrote on the latter program's 20th anniversary that founder Buzz Alexander had witnessed how "prisoners 'form a community' around group activities, especially during his students' highly collaborative theater workshops."

Several of the women who have joined Shakespeare in Prison struggled with reading disabilities. Shepherd-Bates believes that working to read, memorize and perform the playwright's lines gave them new confidence.

“We had one woman who, at the end of the first session, said, 'I'm glad I stuck with this because I’ve never finished anything in my entire life.' It's difficult to quantify a step like that, but you know that’s got to feel so good for her,” said Shepherd-Bates.

She decided to use Shakespeare's works because she thinks every woman can find some way to relate to his archetypal characters. Talking about the characters as they figure out how to portray them, the inmate actors can access human truths within the play, empathize with its characters and gain perspective on their own lives.

“So maybe if I’m talking about Macbeth, I have not killed my best friend, but I’ve probably wrestled with ambition and wondering how much control I have over my destiny,” said Shepherd-Bates.

Osterhout also noted that the communication skills and self-confidence the inmates gain on stage seems to translate into how they carry themselves in the prison as well as within their community once they leave.

For her part, Shepherd-Bates is not permitted to contact any of the women after they leave the correctional facility to learn what happens to them. But she said she has checked public records and, to the best of her knowledge, none of the women who have completed her entire theater program, and subsequently been paroled, have since been convicted of another crime or been sent back to prison.

And maybe that suggests one more valuable connection between the stage and life.

“The [acting] performances aren’t perfect, but that’s actually part of what makes them successful. We always say that making a mistake is more of an opportunity to learn than a failure,” said Shepherd-Bates. “When a woman goofs up her lines on stage and another one leaps in to save the day by showing her a script or just moving on to the next line, a bond is formed. They become more of a team there, and they’ve worked together to solve a problem. I am just endlessly inspired by these women.”