Humans are creatures of staggering complexity, each of the billions on the planet different from the rest in innumerable ways. Our uniqueness can't simply be reduced to one sign or symbol -- but when it must be, perhaps to verify the use of our credit card, something as succinct as a scribbled signature of our name will do.

Can literature, like humanity, make use of such a shorthand?

William Shakespeare's sonnets probably don't have credit cards or the ability to form contracts, so perhaps a sonnet signature isn't of much practical value. But sonnets, after all, aren't about practicality. In data artist Nicholas Rougeux's new series of Shakespeare sonnet signatures, each poem is summarized with its own distinctive scribble -- a shorthand that may not help them with Capital One, but allows readers to quickly visualize the individuality of each poem.

"No two are the same -- or even similar," Rougeux noted in an email to The Huffington Post. The signatures, which are mapped based on his unique formula, aren't intended to reveal new information about the sonnets, but to "inspir[e] others to think or feel about something differently," he said.

Sonnets are one of the more rigid poetic structures, and Shakespearean sonnets specifically are known to have strict meter and rhyme scheme limitations. Looking at the full collection of sonnets represented by their signatures, however, is a swift reminder that infinite possibilities exist within those boundaries. Each of Shakespeare's 154 sonnets is entirely different from the rest of the collection -- which is clear both from reading them or from taking a look at these data art images drawn from them. 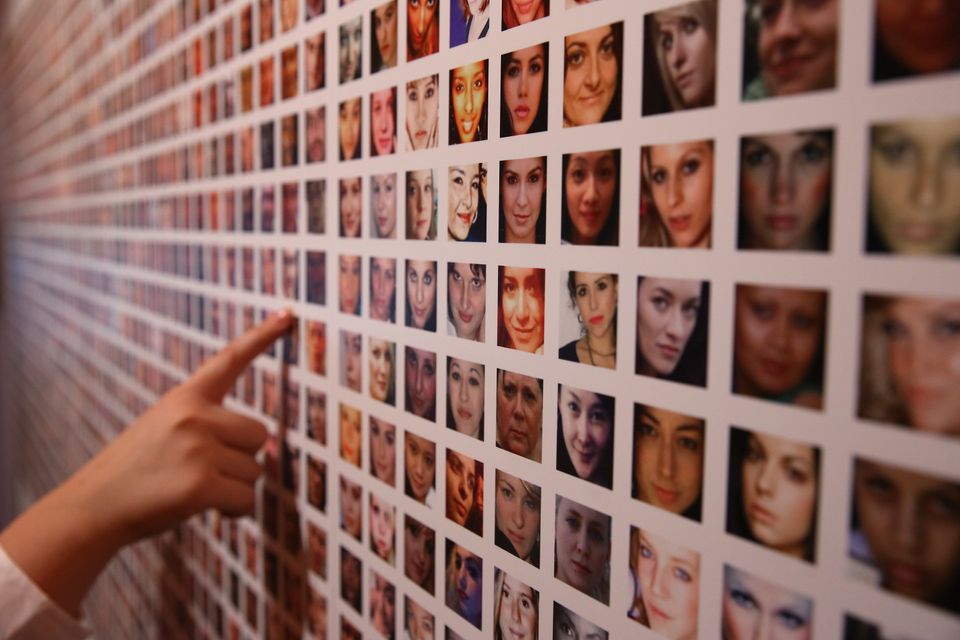 1 / 10
Some of the photographs of a million users of Facebook collated by artists Paolo Cirio and Alessandro Ludovico are displayed at the Big Bang Data exhibition at Somerset House on Dec. 2, 2015, in London, England.&nbsp;The show highlights the data explosion that's radically transforming our lives.
Peter Macdiarmid via Getty Images