Shakira is pregnant! The 35-year-old singer posted the news, in both English and Spanish, on her website Wednesday.

"As some of you may know, Gerard and I are very happy awaiting the arrival of our first baby! At the time we have decided to give priority to this unique moment in our lives and postpone all the promotional activities over the next few days," Shakira wrote.

The Colombian star also announced that she would be canceling her appearance at the iHeartRadio Music Festival in Las Vegas on September 21 and September 22, where she was set to perform along with fellow Latin entertainers Enrique Iglesias and Pitbull.

Pregnancy rumors first hit the blogosphere in June, when Fox News speculated that the singer and her boyfriend, 25-year-old FC Barcelona soccer star Gerard Piqué, had purchased a swank mansion in Barcelona because she was already expecting. In late July, the rumors seemed all but confirmed when the couple was spotted shopping for maternity clothing in Miami. The baby is the first for both Shakira and Piqué, who first began dating in April 2011.

It sounds like 2013 is gearing up to be a busy year for the pint-size star. On Tuesday, NBC announced that Shakira, along with Usher, would replace Christina Aguilera and Cee-Lo as judges on its popular singing competition, "The Voice," in Season 4. 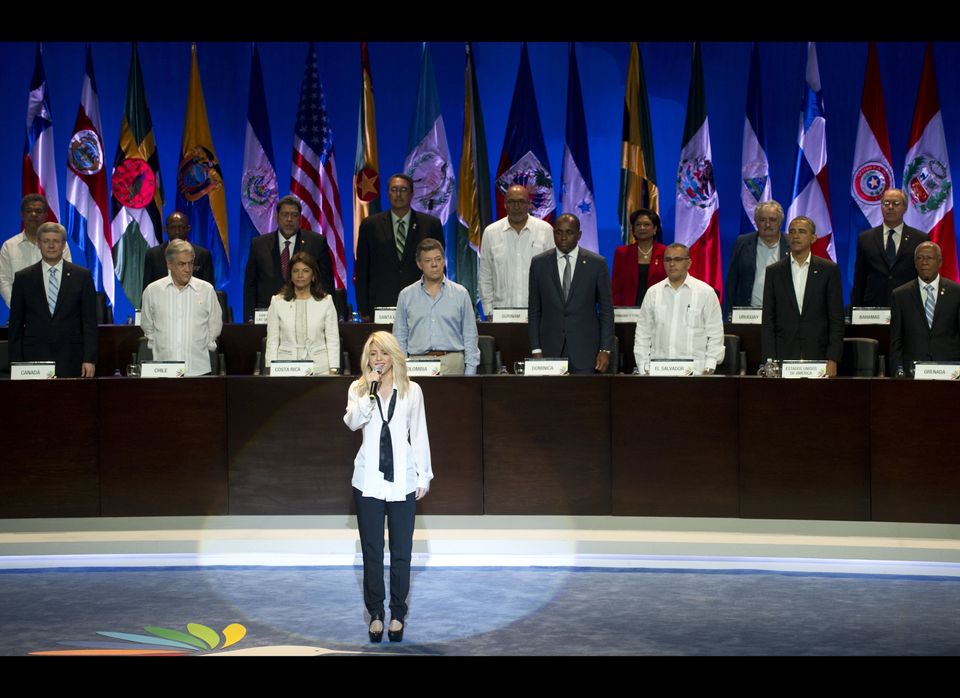 1 / 10
At The Summit Of The Americas 2012
Colombian singer Shakira performs the Colombian National Anthem during the opening remarks of the Summit of the Americas at the Julio Cesar Turbay Ayala Convention Center in Cartagena, Colombia, April 14, 2012. AFP PHOTO / Saul LOEB (Photo credit should read SAUL LOEB/AFP/Getty Images)
Getty