An American freelance journalist who spent more than two years in an Iranian prison said he can relate to inmates in U.S. prisons who face indefinite solitary confinement without hope of reconnecting with other human beings because he's been through it.

Shane Bauer, one of three Americans detained in 2009 while hiking near the ill-defined Iranian border in Iraq's Kurdish region, wrote in Thursday's Mother Jones magazine of his visit to the solitary confinement unit at California’s Pelican Bay State Prison. In the first major article he has written since he and friend Josh Fattal were released last year from Iran's Evin Prison, Bauer related similarities between the Iranian and California lockups.

"They are criminals; I was a hostage. They are spending many years in solitary; I did four months," he wrote. "But still, I can’t escape the fact that their desperate words sound like the ones that ricocheted through my own head when I was inside."

Bauer, Fattal and Sarah Shourd were accused of spying by the Iranians. The two men would be sentenced to eight years in prison, but not before Shourd was released in September 2010 on what the Iranians called "humanitarian grounds." By then, she had spent her entire 410 days in captivity separated from the men in solitary confinement. Seven months later, she told The Huffington Post that she suffered from PTSD that she attributed in part to her isolation.

In a video accompanying his article, Bauer said the time they spent in solitary was "the worst experience of all of our lives."

Although the three hostages held a news conference upon being reunited in September 2011, they have kept a low profile over the last year and have turned down most media requests for interviews.

Only in May did they make headlines when Bauer married Shourd -- whom he proposed to in prison -- in a private ceremony that was reported afterward.

The article in Mother Jones, where Bauer was a contributor before his ill-fated hike, is the first detailed description of the three friends' ordeal. But the focus is on Pelican Bay's Security Housing Unit (SHU, pronounced "shoe"), where 94 percent of prisoners are warehoused in solitary with little chance of getting out.

In 2005, the last year the federal government released data, more than 80,000 people were in solitary confinement in U.S. prisons -- at least 11,730 of them in California. Bauer cites studies that find those subjected to prolonged isolation show "psychosis-like symptoms." And while he is hardly the first to equate solitary confinement to torture or even the first to focus on the "cruel and degrading" conditions inside California isolation units or even to tour Pelican Bay, his first-hand experience in Iran offers a perspective few share.

Bauer wrote that he reviewed medical research about the effects of isolation. "I remember the violent fantasies that sometimes seized my mind so fully that not even meditation -- with which I luckily had a modicum of experience before I was jailed -- would chase them away," he wrote. "Was the uncontrollable banging on my cell door, the pounding of my fists into my mattress, just a common symptom of isolation? I wonder what happens when someone with a history of violence is seized by such uncontrollable rage."

Bauer is seen in a video nervously driving toward the supermax prison and later standing in an inmate's tiny quarters:

It's been seven months since I've been inside a prison cell. Now I'm back, sort of. The experience is eerily like my dreams, where I am a prisoner in another man’s cell. Like the cell I go back to in my sleep, this one is built for solitary confinement. I’m taking intermittent, heaving breaths, like I can’t get enough air. This still happens to me from time to time, especially in tight spaces. At a little over 11 by 7 feet, this cell is smaller than any I’ve ever inhabited. You can’t pace in it.

Neoconservative Elliot Abrams attacked Bauer's "ingratitude" for saying after his release that they "sincerely hope for the freedom of other political prisoners and other unjustly imprisoned people in America and Iran." The journalist offered comparison points that don't always shine a glowing light on the U.S. prison system.

"When Josh Fattal and I finally came before the Revolutionary Court in Iran, we had a lawyer present, but weren’t allowed to speak to him," he wrote. "In California, an inmate facing the worst punishment our penal system has to offer short of death can’t even have a lawyer in the room. He can’t gather or present evidence in his defense. He can’t call witnesses. Much of the evidence -- anything provided by informants -- is confidential and thus impossible to refute."

"His tone makes clear that he believes an Iranian prison to be a bad place. He’s right about that," Bauer wrote, noting that the three friends were held in the same isolation ward as Iranian political prisoners. "We were held incommunicado. We never knew when, or if, we would get out."

Then, in a devastating passage that civil liberties groups and prison reform activists are likely to reference in the future, Bauer continued:

"What I want to tell Acosta is that no part of my experience -- not the uncertainty of when I would be free again, not the tortured screams of other prisoners -- was worse than the four months I spent in solitary confinement. What would he say if I told him I needed human contact so badly that I woke every morning hoping to be interrogated? Would he believe that I once yearned to be sat down in a padded, soundproof room, blindfolded, and questioned, just so I could talk to somebody?

Do I point out that I had a mattress, and they have thin pieces of foam; that the concrete open-air cell I exercised in was twice the size of the 'dog run' at Pelican Bay, which is about 16 by 25 feet; that I got 15 minutes of phone calls in 26 months, and they get none; that I couldn’t write letters, but they can; that we could only talk to nearby prisoners in secret, but they can shout to each other without being punished; that unlike where I was imprisoned, whoever lives here has to shit at the front of his cell, in view of the guards?

“There was a window,” I say. I don’t quite know how to tell him what I mean by that answer. “Just having that light come in, seeing the light move across the cell, seeing what time of day it was — ”Without those windows, I wouldn’t have had the sound of ravens, the rare breezes, or the drops of rain that I let wash over my face some nights. My world would have been utterly restricted to my concrete box, to watching the miniature ocean waves I made by sloshing water back and forth in a bottle; to marveling at ants; to calculating the mean, median, and mode of the tick marks on the wall; to talking to myself without realizing it. For hours, days, I fixated on the patch of sunlight cast against my wall through those barred and grated windows. When, after five weeks, my knees buckled and I fell to the ground utterly broken, sobbing and rocking to the beat of my heart, it was the patch of sunlight that brought me back. Its slow creeping against the wall reminded me that the world did in fact turn and that time was something other than the stagnant pool my life was draining into.

Here, there are no windows. 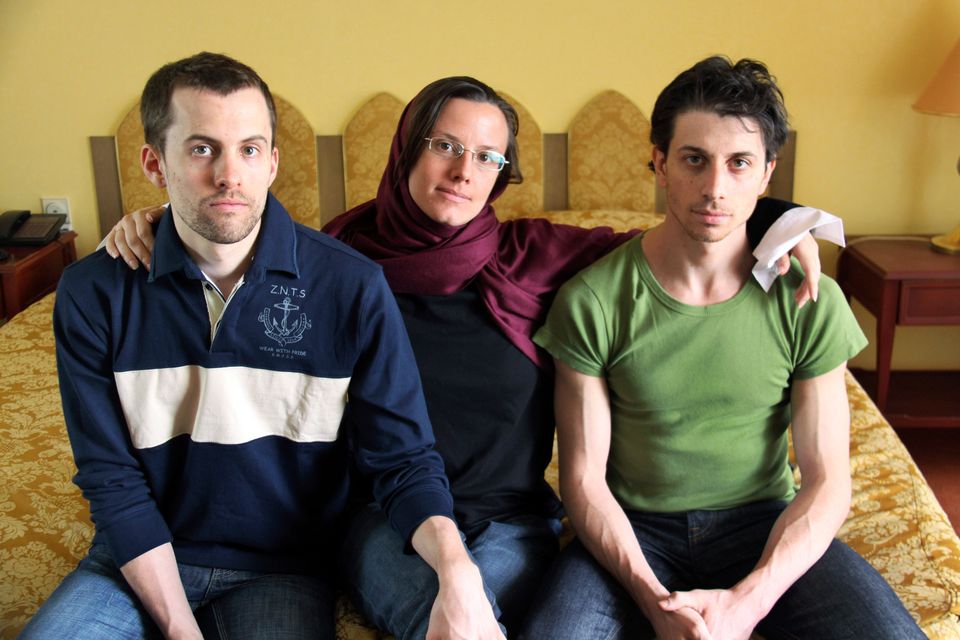