The life of famously private author J.D. Salinger is being blown wide open with the release of a new documentary called "Salinger" and an accompanying book of the same name.

In an interview with HuffPost Live's Ricky Camilleri, the film's director, Shane Salerno, shared some of the things he discovered while making the film, which turned out to be a 10-year endeavor. Among them is Salinger's unique experiences with women, particularly those who were much younger than himself.

"He had a complicated relationship with women," Salerno said. "He was particularly interested in women who were on the cusp of womanhood, between the ages of 16 and 18 and sometimes older."

One of those relationships was with Jean Miller, who met Salinger when she was 14 and the "Catcher in the Rye" author was 30.

"That was a really, really fascinating relationship," the director said. "They had a completely nonsexual relationship until she was over the age of 18. They were friends. They had very special communication."

But once Miller was old enough, the relationship did become intimate. And according to The Daily Beast's preview of Salerno's book, Miller claims Salinger cut ties with her completely the day after they had sex.

"I think he was enjoying me being a child all those years,” Miller says in the book, according to the Beast. “I knew it was over. I knew I had fallen off that pedestal.”

Salerno told HuffPost Live that Salinger's fixation with young women was not sexual. The author was more interested in relationships with them "as a means of going back in time to pre-war innocence," Salerno said. Salinger longed for the time of his youth, before his service in WWII changed his life forever,

"Salinger was always fascinated by that period of time before the adult world came in to your life," he said.

Books J.D. Salinger Salinger The Catcher In The Rye 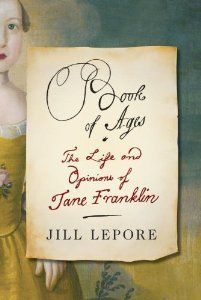 1 / 11
BOOK OF AGES: THE LIFE AND OPINIONS OF JANE FRANKLIN by Jill Lepore (Oct. 1, 2013)
New Yorker writer Jill Lepore masterfully formulates the story of Benjamin Franklin’s youngest sister. Jane Franklin was an amazing woman who raised her children and grandchildren while still having the time to read and think for herself. We can only see into her mind because her correspondent was famous and because a vastly talented biographer reassembled her for us. <a href="https://www.kirkusreviews.com/book-reviews/jill-lepore/book-of-ages/" target="_blank">Read the review.</a>