Shania Twain proved that she was "Still The One" Saturday in Las Vegas, when she premiered her new show at a sold-out Colosseum in Caesars Palace. The 47-year-old singer looked stunning as she performed in a sparking bodysuit against a stage set that included a motorcycle, white horse and impressive video displays. The performance was also the country star's first official show onstage in eight years.

"This has been a dream for eight years, including the two since we made that announcement," Twain told the Las Vegas Sun. "I'm exhausted, happy, thrilled, satisfied, but those quick changes will keep you pretty fit. I'm not as tired as I thought I would be from running backstage like a mad woman in and out of costumes. I'm in good shape. I feel good. My voice is in good shape." 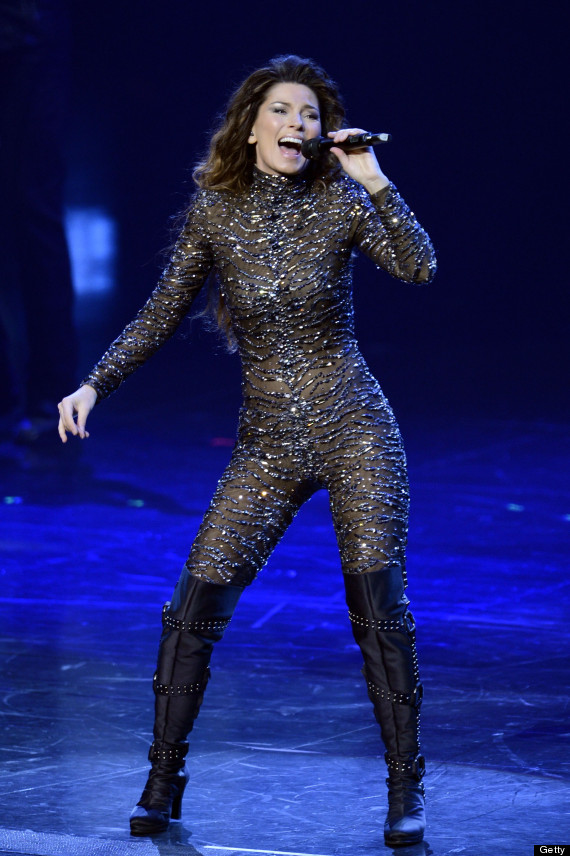