Shannen Doherty might be in remission from cancer, but she won’t stop getting real about the disease.

The 46-year-old actress was diagnosed with breast cancer in 2015 and used Instagram to chronicle her cancer treatment. In honor of Breast Cancer Awareness Month, Doherty posted an emotional photo on Thursday that captured the moment she began to lose her hair.

“This image is so personal to me,” Doherty captioned the photo. “I had started chemo. Was using a cold cap in hope to not lose my hair. End result was clumps in my hands. I was sick, felt like I was losing myself. Gained people and lost people. Got weak and got strong. Felt ugly and yet more beautiful inside than I had ever felt before.”

Doherty went into remission in April but has continued to share her reflections on her time in treatment.

Breast cancer is the most common cancer found in women in the United States. One in eight women will be diagnosed with breast cancer in their lifetime, according to the Susan G. Komen Foundation.

Improvements in medicine since 1989 have reduced deaths caused by breast cancer by 38 percent. Treatments can include surgery, radiation, chemotherapy and hormone therapy. Chemotherapy, which Doherty underwent, has a number of side effects, and hair loss can be one of the most emotional for patients.

“I remember this like it was yesterday, like it was a minute ago,” Doherty wrote in the caption of her photo. “Cancer has so many phases. Shock, denial, acceptance, anger, resentment, rebellion, fear, appreciation, beauty. Remission. Even then, the phases keep coming. Cancer is with you forever.

“Those who have experienced it know that even after you’ve kicked [its] ass, it still impacts you, in good ways and bad. You still go thru the roller coaster of emotions. You still need support and love. And you can still grasp life and live, live live.” 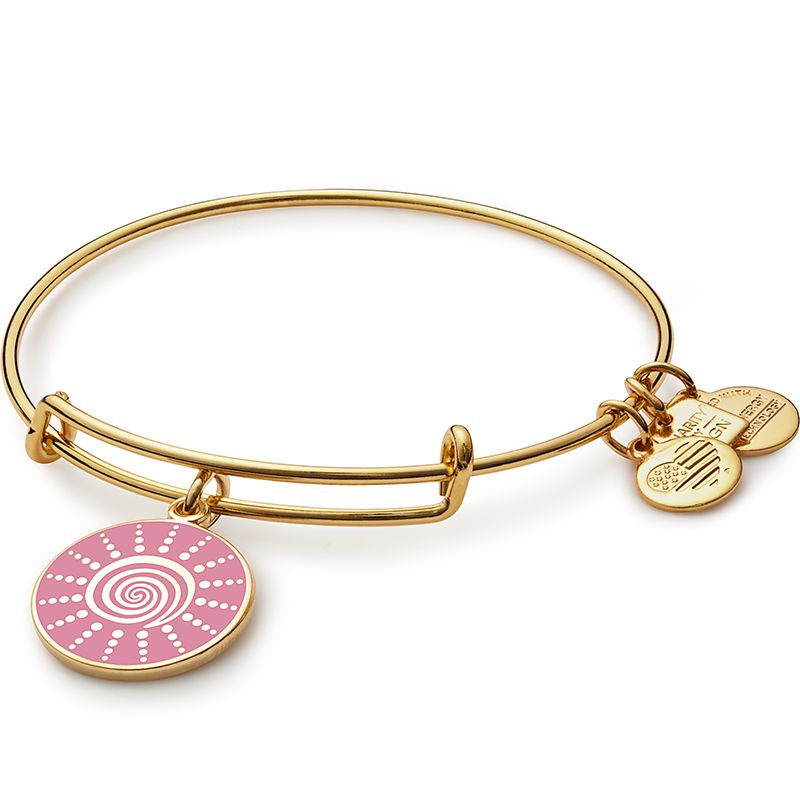 1 / 14
ALEX AND ANI Spiral Sun Charm Bangle
ALEX AND ANI will donate 20% of the purchase price from each Spiral Sun Charm sold, with a minimum donation of $25,000, between January 2017 and December 2017 to&nbsp;the Breast Cancer Research Foundation. Get it <a href="https://www.alexandani.com/spiral-sun-charm-bangle-yellow-gold.html" target="_blank"><strong>here</strong></a>.
ALEX AND ANI