"Beverly Hills, 90210" stars Shannen Doherty and Jennie Garth hung out this weekend, but it wasn't at the Peach Pit. They were in Las Vegas, to see Steve Sanders Ian Ziering perform as a Chippendales dancer at the Rio All-Suite Hotel and Casino.

"Look out Vegas," Garth captioned an Instagram photo of herself and Doherty en route to Sin City on Sunday.

Garth, 41, and Doherty, 42, weren't always said to be the best of friends, but in a 2012 interview with The Huffington Post, Doherty explained how she was able to mend fences with her onetime rival.

"Jennie and I reconnected on the new '90210' and, through that process, we were able to sort of talk and work out what our issues were with each other in the past, and look at each other and go, 'OK, wow... I get where you were coming from.' And she got where I was coming from back then," Doherty said. "And then acknowledge that we're both incredibly different people now and that we've both matured quite a bit and we've both been through heartache and pain. We've both lost our fathers, and we've both gone through divorces and we can sort of be there, as women, for each other. And I do like her. Seeing her at her birthday, I was so happy for her, and so happy that she was doing well and she had a new show coming out, and she's happy for me. So yeah, I do consider her a friend." 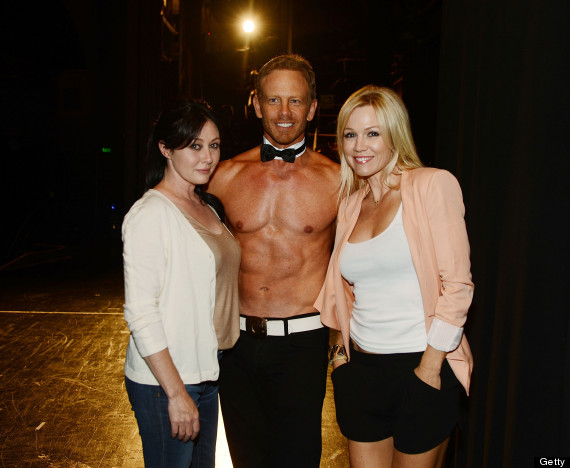 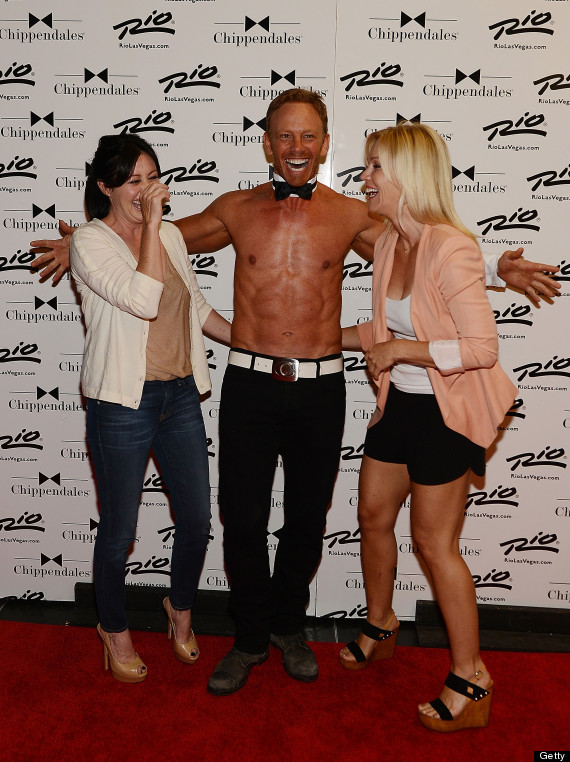