The young sister of a cyberbullying victim who committed suicide earlier this year is believed to have taken her own life this week.

According to the BBC, 15-year-old Shannon Gallagher of Ballybofey took her own life Wednesday night. The teen had said that she was "missing her younger sister" since her suicide in October.

"She was on Facebook to my son last night talking, saying she was quite unhappy," James Gallagher, the girl's grandfather, told the Irish Independent. "She found it quite hard that she was wrapping up presents. She said she was missing her wee sister."

According to an earlier Huffington Post report, 13-year-old Erin Gallagher took her own life after enduring "vicious online bullying." Shannon's younger sister had allegedly "warned her tormentors" that she was intending to commit suicide only 24 hours before.

At the time, the Irish Examiner reported that Erin's death had been the "third high-profile apparent suicide linked to cyberbullying in a matter of weeks."

Earlier in October, Canadian teen Amanda Todd committed suicide after enduring years bullying. In a YouTube video posted in September, Todd described being bullied by both online acquaintances and schoolmates.

Shannon's death has left the Gallagher family "completely distressed," the Independent reports. Classmates at the girl's school and concerned parents across Ireland are also said to be reeling from the tragedy.

According to Irish news site TheJournal.ie, a special local helpline has been set up exclusively for parents from the county of Donegal, where Ballybofey is located.

The National Anti-bullying Coalition is said to have "extended their deepest sympathies to the Gallagher family" following Shannon's death.

"There are no words that will help at this time. The most frustrating and painful thing about all of these tragedies is that we have the solutions. The National Anti-bullying Coalition has been doggedly trying to bring those far reaching solutions to fruition but the distress is still continuing and resulting in the deaths by suicide of our young people," the group said, according to TheJournal.ie.

A Facebook memorial page, "R.I.P Shannon Gallagher & Erin Gallagher," has attracted more than 20,000 supporters since its launch on Thursday. While mourning the untimely deaths of the two young sisters, Facebook users have also taken to the page to discuss cyberbullying and the devastating effect that it can have on children and teens.

"We need to open up and talk, really talk, not just shrug and think you will deal with this, sometimes you just need a little bit of help and guidance," wrote the William Winder Rainbow Foundation, an Irish organization dedicated to youth issues, on the Facebook page's wall. "Let's stop burying our children."

"[B]ullying needs to be stopped, so so sad rest in peace girls," wrote another Facebook user.

According to the National Crime Prevention Council, cyberbullying is a growing problem in the United States.

"Victims of cyberbullying may experience many of the same effects as children who are bullied in person, such as a drop in grades, low self-esteem, a change in interests, or depression," the NCPC website notes. In fact, cyberbullying can sometimes seem even "more extreme" to its victims, according to the organization.

In an October blogpost for the Cyberbullying Research Center, Dr. Justin Patchin, the group's co-director, quoting earlier research data, wrote that "experience with bullying (whether as a target or bully) is linked to heightened risk for suicide." However, Patchin notes that that that there are often other factors involved that contribute to suicidal thoughts and behavior in teens.

In a 2010 paper about cyberbullying and suicide, Patchin and his colleague Sameer Hinduja concluded that “it is unlikely that experience with cyberbullying by itself leads to youth suicide. Rather, it tends to exacerbate instability and hopelessness in the minds of adolescents already struggling with stressful life circumstances.”

"Cyberbullying can be a complicated issue," writes the NCPC, "especially for adults who are not as familiar with using the Internet, instant messenger, or chat rooms as kids. But like more typical forms of bullying, it can be prevented when kids know how to protect themselves and parents are available to help."

To learn more about how to prevent cyberbullying, go to StopBullying.gov. 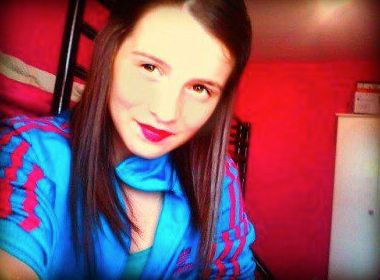