Shaquille O'Neal has been a busy man lately. His show "Shaq Vs." began its second season on Tuesday night. He also learned a new language, sang with Justin Bieber and signed with his new team, the Boston Celtics.

Last night, the former Cavalier challenged ESPN host Jim Rome to a boxing match via twitter. Rome said on his show "Jim Rome Is Burning," that Boston would be making a bad decision by signing O'Neal.

O'Neal didn't appreciate that. On Twitter, the 38-year-old said he is happy with his career and legacy, then stated that Rome has no legacy.

O'Neal also said if Rome wins, he will donate his salary to charity. 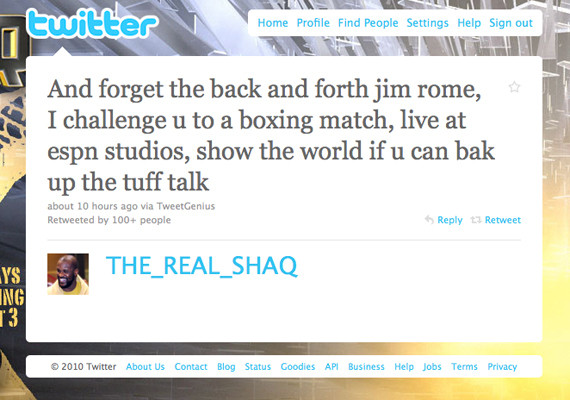 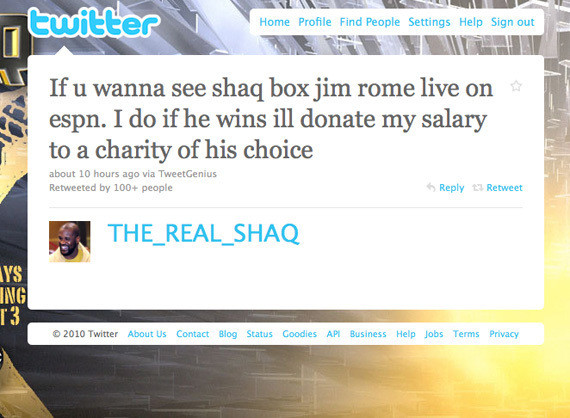 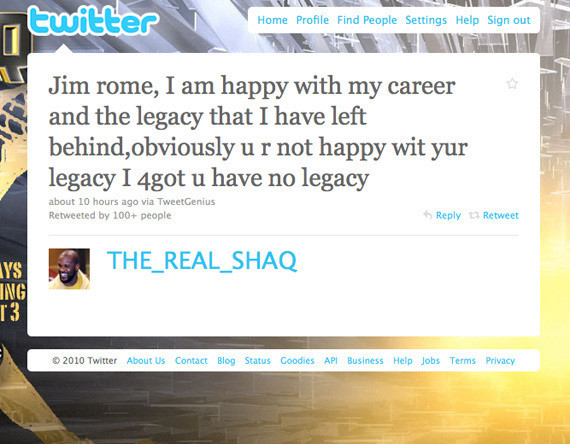