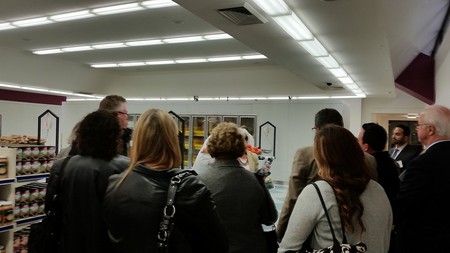 Yesterday, I had a 10-and-a-half-hour crash course in how Utah worked to substantially reduce homelessness in their community. As part of a delegation of over 60 leaders from Central Florida and the Central Florida Commission on Homelessness, I was able to learn from the leadership in Salt Lake City about their 12 year journey to more than 90 percent reduction in chronic homelessness. Our group had the opportunity to tour several sites and to meet with the leaders to hear their successes and their challenges.

There were several resounding themes that really resonated with me, and I believe with the group, as we listened and learned. The themes that really struck me were the need for a shared community vision, the necessity of community champions to lead the charge, and the need to educate the larger community. It was also pointed out by Lloyd Pendelton, one of Utah's champions on the issue, conflict is necessary for change to happen.

Shared vision is crucial to solving a complex social issue. It is not enough to have good people doing good work, especially if the work is in silos. The community has to come together to work towards a common goal. It was suggested that ending homelessness is not necessarily the goal. Housing for everyone is. This could include making sure there is a system in place for when people become homeless to insure that their homelessness is a brief occurrence. Fragmentation can lead to a lack of overall success. Engaging top leaders, providers, government leaders, philanthropists, and the community at large will lead to the best outcomes.

In the Central Florida Community, we have had several champions rise to the occasion. The Mayor of Orange County, Teresa Jacobs, and Mayor of Orlando, Buddy Dyer have really led the cause. This trip was the result of the Family Homelessness Committee which Mayor Jacobs championed. In Salt Lake City, the LDS Church is very involved with the issue of homelessness, but it was pointed out several times to us, that the faith community as a whole has been involved with the overall success. There are several other champions on this issue in the community who have stepped out to say that solving homelessness is important for a healthy community. Having the top leaders from the community serve on the boards of the agencies who serve the homeless is crucial to moving the needle forward.

Education of the community at large is very important. One of the leaders from the Utah group who graciously served on a panel at 6:30 am, Elizabeth Buehler, Homeless Services Coordinator for Housing and Neighborhood Development, pointed out that the general public will still see homeless people on the streets and in the parks and they need to understand the work that is happening around them to get people into housing. Some people will fail and need more help, some people will take longer to house, but if the community is focused on a plan and has measurable goals the outcomes will be more positive. The media can play a big part in educating the community on not just the issues, but the milestones and successes along the way.

This trip was an opportunity for leaders to learn and to compare notes. It was the beginning of conversations and the confirmation that Central Florida is on the right track. There is much work to do to help our homeless neighbors, but I am encouraged that my community has leaders who truly care and are willing to set aside differences to move forwards to a shared vision and common goals.