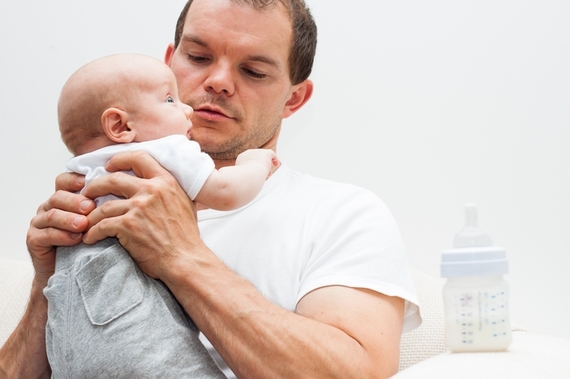 Through the first half of 2015, there has been a strong push across the country to implement more balanced child custody laws that would lead to more equal parenting time following divorce.

Nearly 20 states are currently considering measures that would alter laws that govern which parent receives legal custody of a child following divorce or separation, and change is desperately needed.

For years, fathers have fought an uphill battle when it comes to gaining 50/50 custody of their children. In 1990, I co-founded my law firm, Cordell & Cordell, after noticing how many outdated gender stereotypes were prevalent in the family court system.

The fathers' rights movement has made up a lot of ground, but there is still a custody bias that overwhelmingly favors mothers. According to Census data, around 83 percent of custodial parents are mothers.

Just a couple years ago, a startling report in Nebraska found that custody cases between 2002 and 2012 resulted in 72 percent of fathers only seeing their children only 5.5 days per month.

Unfortunately, this trend is the norm across the nation. Last year, the National Parents Organization released a Shared Parenting Report Card, which was the first national study to provide a comprehensive ranking of each state on their custody statutes. Sadly, by and large, states scored extremely poorly on the report. Twenty-five states received a D or worse, and not one state earned an A.

That is disconcerting because of the overwhelming amount of research that shows the best way to mitigate the negative effects divorce can have on children is by granting equal parenting time to mothers and fathers. Just two months ago, researchers revealed children that spend time living with both separated parents are less stressed than those that live with just one.

Hopefully, the momentum shared parenting has garnered so far in 2015 continues gaining traction.

Here are several of the more notable bills that have either passed or are under consideration:
This issue of determining custody is not about pitting divorced parents against one another - it is about doing what is best for children after the often harrowing experience of seeing their parents' marriage come to an end.

Research has shown time and time again that keeping both mothers and fathers involved in their children's lives as much as possible is the most effective way to reduce the negative impact of divorce, so it is encouraging to see states across the country finally taking action to do what is truly in the best interests of the children.