Several generations of kids grew up with Lamb Chop -- the sassy little sock puppet who debuted on "Captain Kangaroo" in 1957, coming to life on the hand of ventriloquist Shari Lewis. During the 1960s, Lewis and Lamb Chop had their own musical-comedy network television show and made countless appearances on "The Ed Sullivan Show." In 1992, the duo launched the PBS children's show, "Lamb Chop's Play-Along," which won Emmy Awards for five consecutive years.

Lewis died in 1998 and after a brief career hiatus, Lamb Chop went back to work -- this time sharing the spotlight with Shari's daughter, Mallory Lewis. Huff/Post50 caught up with Lamb Chop and Mallory as the pair were en route to a show in Vancouver. (Mallory was flying coach and Lamb Chop in the overhead; she won't fly in checked luggage, said Mallory.)

How did you and Lamb Chop decide to put an act together?

I was pregnant when Mom died, and for about a year after her death, I traveled around the country accepting awards she was given posthumously. At one point, I brought Lamb Chop along and when they handed me the award, Lamb Chop popped up and said "Shari would be so proud." The audience went crazy. We both loved the reaction and so we decided to keep the act together.

Uh, I notice that you speak about Lamb Chop as if she were, well, alive. You realize it's a sock puppet, right?

"It?" Did you just call her an 'it?" She won't like that. Yes, of course I know she is a puppet; I'm not actually insane. But she is alive to me and to her fans. I know that I do her. But, and this is hard to explain, I grew up with her as my sister and Lamb Chop is a very real character -- very real to me.

How old is Lamb Chop now?

Lamb Chop is six. She is forever six. But she lies about her age, just like everyone else in Hollywood.

I heard that the Smithsonian wanted to provide a permanent home for Lamb Chop. Is that true?

Yes, but she wasn't ready to go. The Smithsonian is for retired puppets. Lamb Chop still has an active career and no retirement plans. She lives with my son and me in Malibu. I take very good care of her. She sleeps in her favorite sheet bag in my closet.

What work is she -- now you have me calling her "she" -- getting these days?

Primarily we do three kinds of shows: We perform at fairs, performing arts centers and we do anything the military asks us to do. The military is one of our main charities. Lamb Chop loves performing for the troops and we've gone all over the world to do that. In fact, Lamb Chop is a three-star general. She was given a field promotion by Lt. Gen. Tom Conant, deputy commander of the Pacific for the Marines.

Your act is still a children's act, but I'm told that your audiences are primarily adults. Is that true? And why do you think that's the case.

Yes, primarily our audiences are adults -- parents and grandparents who often bring the kids along. Lamb Chop is an icon. She represents a happy time in people's lives and they love her for it.

How do you explain her lasting appeal?

Lamb Chop is very likable. She is a really honest, truthful character. I think people appreciate her, especially for her honesty. She once got all dressed up as a Marine general and I said to her, "Hey, you could be arrested for impersonating an officer," and she came right back at me with "Yeah, and you could be arrested for impersonating Shari!" She's a very quick-witted puppet.

A good lead-in for my next question: Are you following in your mom's footsteps or have you changed the act?

If you're asking how much of what I do is Shari, the answer is "a lot." I wrote a lot of her material. My routine is more contemporary because I'm more contemporary. But if she was still alive, she would be doing my comedy.

I'm sure you get this all the time, but I have to ask -- is this the original Lamb Chop?

Lamb Chop's image is protected by a very specific covenant. It spells out how she must be handled to preserve her public image and ensures that she gets treated the way she deserves to be treated. All I can say to your question is, do your socks last 60 years?

So far, Lamb Chop has been a family act. Do you see your son taking over?

That will be up to him. Jamie is a great student and very academically gifted. He will have lots of choices. He's been Lamb Chop's road manager since he was 8 years old. He sets up her sound equipment, handles her lighting and music cues, and sets up and breaks down the merchandise we sell. I can't operate the show by myself and when he's in school and we're traveling, I have to hire someone.

So what's up next on Lamb Chop's plate?

We have a new performing arts center show called "Lamb Chop Loves America." It's a curriculum show for kids 5 to 12 -- American history as seen through the eyes of Lamb Chop. Lamb Chop does very political comedy. By the way, she has a huge crush on President Obama -- Michelle better watch out! Lamb Chop is a liberal, Democratic, Jewish puppet.

PHOTO GALLERY
Lamb Chop: Where Is She Now?

Shari Lewis And Lamb Chop: No Retirement Plans For The World's Most-Famous Sock Puppet
Lamb Chop: Where Is She Now? 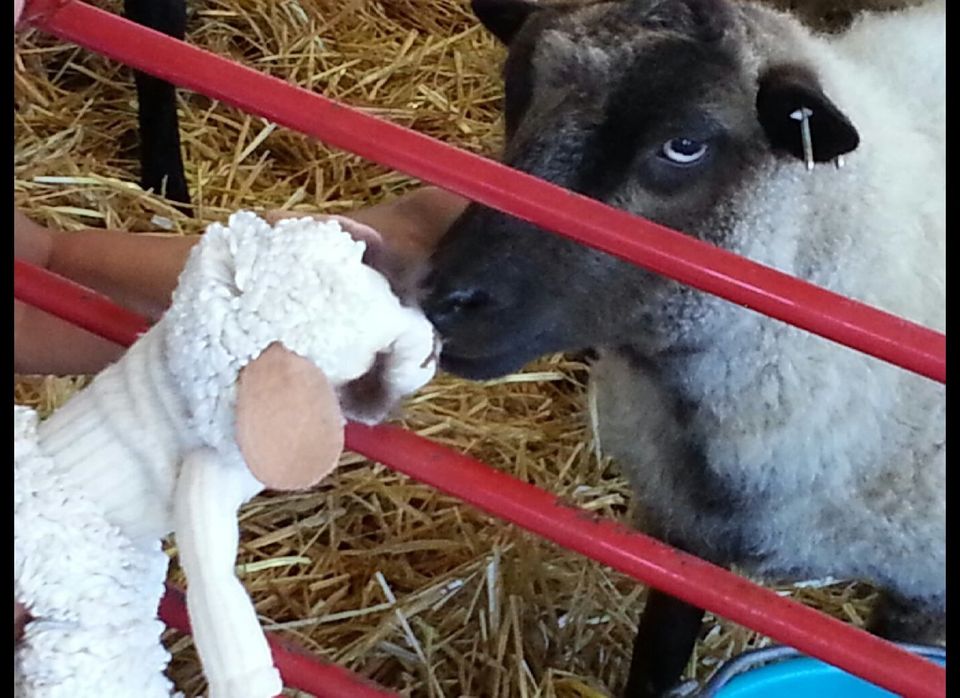