Couples who don't get enough sleep are more likely to fight -- but what if the reason you can't catch enough Zz's is because of your "better" half's habits?

As if there weren't already enough sneaky sleep saboteurs -- steak dinner, we're looking at you -- the simple act of sharing a bed might be doing a number on your sleep.

Here are a few of the most common complaints, and how to solve the problem for good.

He's Hooked On The Snooze Button
Your bed partner is likely hitting the snooze button because he's sleep deprived, says Ilene Rosen, M.D., program director for the University of Pennsylvania Sleep Fellowship, who serves on the board of directors for the American Academy of Sleep Medicine. He likely imagines five more minutes -- and then just five more -- will make a big difference before getting out of bed. However, he'd probably feel a whole lot better if he slept straight through to the end of those 10 or 20 (or 30) extra minutes, rather than snoozing in fragmented starts and stops. That's at least partly because we're in our lengthier rapid eye movement (REM) stages of sleep in the morning; being woken by the alarm again and again during this phase can leave us feeling groggier than if we'd been woken in a different stage of sleep.

When you're snoozing in a shared bed, however, the effect is two-fold, since now the bed partner who doesn't like to snooze is disrupted, too, says Rosen. "The best thing bed partners can do for each other is agree on a set bedtime and a set wake-up time for each of them," she says. "Even if it's at staggered times ... disruptions are minimized."

She Watches TV In Bed 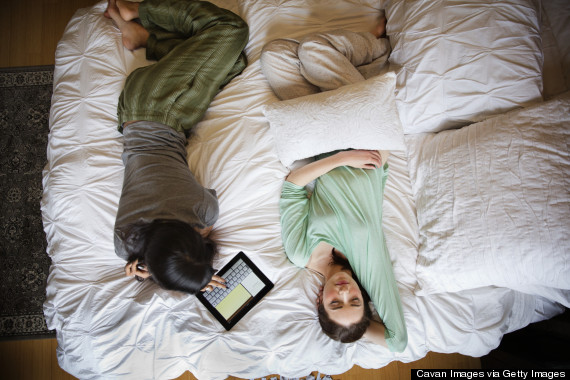 The particular blue wavelength of light emitted from screens -- whether it's from the TV, a tablet or even a smartphone -- tricks our internal clocks into thinking it's time to be awake and alert, says Rosen. "If one's bed partner is on their iPhone and the other person is not asleep, it will absolutely interfere."

"Agreeing that the bed and the bedroom is for sleeping and sex only is a good motto," she says. "When it's bedtime, it's bedtime," not Netflix or Instagram time.

He Snores
It's a classic conundrum, and one that likely fuels many a move to separate bedrooms -- even among otherwise happy bed partners. While lifestyle changes like losing weight, skipping alcohol before bed and side sleeping can all help limit snoring, don't just write it off as a nuisance, says Rosen. "Snoring may be a sign that your bed partner has a sleep illness and should be a warning sign that's taken seriously," she says. Suggest your snoring bed partner talk to his primary care physician about seeing a board-certified sleep physician, "particularly if it's loud enough you don't want to be in the same room as them or has changed over time," says Rosen.

She Hogs The Covers 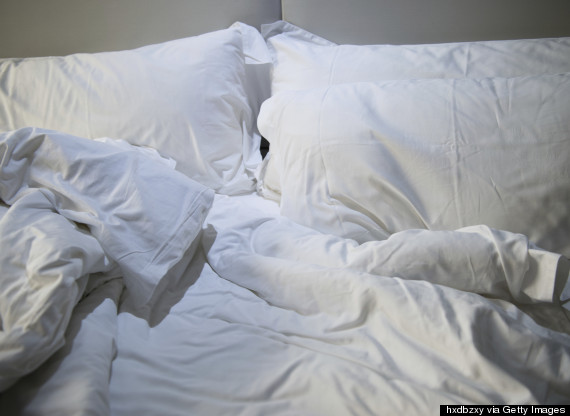 The most sleep-conducive bedrooms are dark, quiet and cool, with some comfy blankets -- and there's little worse than losing those covers mid-slumber. "If you live with a blanket hog, feel free to have what you need for your side of the bed," says Rosen. Maybe that means you push two separate beds together, or just make your shared bed with an extra set of sheets or blankets, she says.

He's A Snuggler And You're Not
For some, cuddling is comforting and sleep-promoting. For others -- you know who you are -- a warm body can feel a little suffocating. If there's a real disconnect in your nuzzle personalities, "have an honest conversation," says Rosen. "Say 'I'm going to be a better partner if I have better sleep,'" she says, then agree to snuggle for a few minutes before moving apart to sleep uninterrupted.

She's A Night Owl (Or An Early Bird) And You're Not 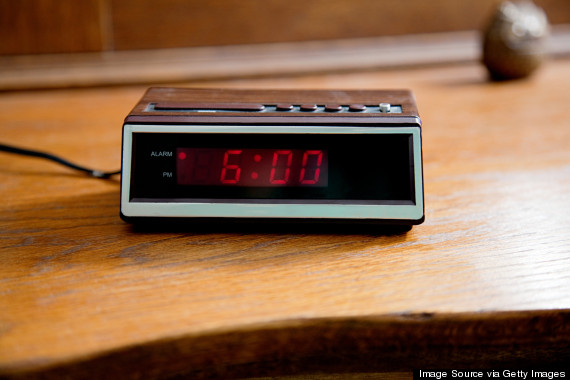 Again, reserving the bedroom for sleep and sex only is your best bet. Early birds should turn the alarm off ASAP and leave the bedroom to get ready for their days, says Rosen, leaving a slumbering bed partner's dark and quiet sleep environment intact. Alternately, night owls shouldn't expect to do other activities in the bedroom late at night after a bed partner has hit the hay. Setting those bed and wake times can help you both understand that staggered schedules don't reflect a lack of intimacy, Phillip Gehrman, Ph.D., CBSM, clinical director of the Behavioral Sleep Medicine Program at the University of Pennsylvania, previously told HuffPost Healthy Living.

He Can't Sleep
If something's got your bed partner tossing and turning, chances are you soon will be, too. As much as you'd love to help, this one's on him. "If you're in bed for 15 or 20 minutes and not [sleeping or having sex], you should get out of bed and even leave the bedroom," says Rosen. It may sound counterintuitive, but it's actually a mainstay of insomnia treatment, she says -- and it benefits you both. "It will help the person having insomnia to not be frustrated and allow for the bed partner who may already be sleeping to continue sleeping." The bed partner who can't sleep should spend some time meditating, listening to soothing music, reading something not all that exciting or doing another calm activity without much bright light until they feel tired enough to try turning in again.

She Acts Out Her Dreams 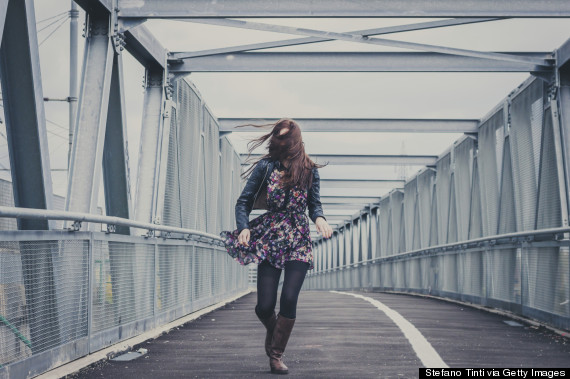 Your bed partner has been thrashing about in her sleep and you wake her -- nobody needs another elbow to the ribs, after all. She says she remembers dreaming about fighting off an intruder or running from something, just like she did a few nights ago when she kneed you right in the shins. "Acting out dreams in bed ... can be a sign of REM behavior disorder," says Rosen, a sleep condition that includes a lack of the typical muscle paralysis most healthy sleepers experience during rapid eye movement sleep. REM behavior disorder, or RBD, can include shouting, hitting and even getting out of bed, and it can become dangerous, both for the dreamer and the bed partner, according to the National Sleep Foundation. It can be successfully treated, however, so suggest to your bed partner that she seek out a sleep physician.

He's An Animal (Literally)
Yes, Fido can be a comforting snuggle buddy, but every time a pet moves or makes noise your sleep is probably interrupted. In fact, about 30 percent of pet owners who say they share a bed with their furry friends report waking up at least once a night, according to 2014 research. "If you're not able to get ... healthy sleep, then whoever else is in the bed with you -- your pets, your babies -- who is able to adjust their habits needs to adjust them," says Rosen, "and everybody else needs to be removed from the bed."

Pets in bed also bring with them any dust, pollen or dander they've collected throughout their daytime adventures, exposing you to possible allergic reactions overnight. Time to get Fido his own bed!