In my life, I've had the opportunity to meet strong, smart, independent women from every walk of life. They've inspired me in many ways, and continue to remind me that women around the world are connected by many common threads.

Sharing stories of women's achievements on International Women's Day is an amazing way to honor and pay tribute to the incredible women who have inspired us to be the people we are today. My dear friend and the CEO of the Raising Malawi Academy for Girls, Anjimile Oponyo, recently shared a story with me that I will never forget.

Please take just a few minutes to read a story from Anjimile that brought a smile to my face and tears to my eyes. 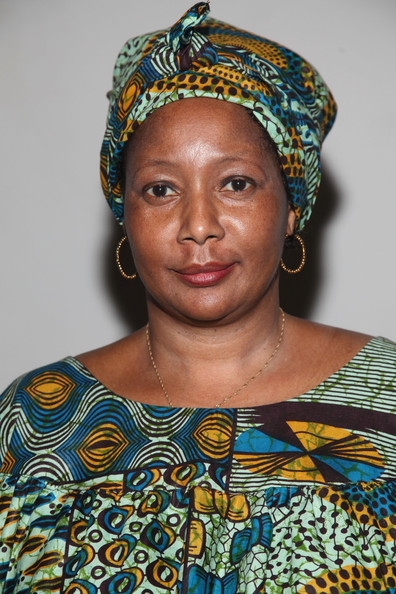 Sometimes, if we're very fortunate, we meet the one person who will forever change the course of our lives. Working in the Planning Unit of the Ministry of Education in Malawi I met mine.

I met Nwanganga Shields, a Nigerian woman who was heading the World Bank team that was working on the Education and Health programmes in Malawi. I could not believe that this African woman had so much power; every time she sent a message that she was bringing her team to Malawi everybody in the Ministry was running around preparing for her visit.

She requested that I work for her, and with every meeting she gave me more challenging work--including me in the studies and giving me more responsibilities on the ground.

One day she said to me, "If you are doing this work without training then you need to go to graduate school." She found a place for me at the George Washington University at the School of Education. The battle now was to convince the men in the Ministry to let me go.

She noticed that when we had meetings, I was always sent to go and inform the kitchen to bring the tea. One day as I stood up in the meeting she asked me why I was going to call for the tea when I needed to contribute to the meeting. She said this is the last time you are doing tea duty, you have a degree and you are going to graduate school. She asked the meeting if anybody had an objection, everybody was quiet. She said she would take it as agreement since nobody had objected. Nwanganga is an African woman and she knew that there was no agreement, the men around the table were just shocked and stunned.

After she left, I was called and informed that I would not be going to graduate school at the George Washington University -- I was devastated. I believed I wanted an American education because I wanted to be like Nwanganga Shields, fearless, confident, knowledgeable and proud to be African. In all the time I knew Nwanganga, and even though she was married to an Irishman, I had never seen her put on western clothes! She was so proud to be African, even though her views and attitude were completely western.

I was so crushed to be calling Nwanganga to tell her that I would not be taking my place at George Washington as planned. I should have known this fearless, determined woman would not be stopped. Nwanganga immediately sent me to the British Airways office where she had a ticket to America waiting for me.

It took a month after I arrived, but she managed to convince the Ministry to allow me to start school. She helped me find a place to stay, she got me a tutor to learn even basic skills like keyboarding, and she got me a job at the World Bank so that I could continue to work on research projects.

Every time I was homesick or discouraged she would invite me to her house and cook me African food and remind me that it was important that I succeed for the sake of other Malawian women who had never been given the same opportunity because of the assumption that they couldn't do it.

If this one woman had not made that decision to fight so that I could go to graduate school I would have never left Malawi. I owe that one woman my education. Because of her I have educated my own children, and because of her my daughters do not think they might go to graduate school, they know they will. And because of this woman, every time a woman tells me that she wants to do something and there is a stumbling block in front of her, I start looking for solutions right away.

Nwanganga showed me that you should stop at nothing to open a door for a fellow woman. My way of saying thank you to her is helping other women the way she helped me. I took the job as Head of Raising Malawi Academy for Girls because it gives me the opportunity to do for hundreds of girls what Nwanganga did for me.

What an opportunity, to be able to say thank you to Nwanganga over and over again.

I hope that one day, when Raising Malawi Academy for Girls is open she will come to Malawi and speak to the girls in the school and give them the same inspirational talks she gave to me.

Please honor a woman in your life, by sharing your story with us now.