Perhaps you've found yourself in a situation like this: You're preparing for your weekly softball game, when you realize you forgot to swipe on some fresh deodorant before leaving the house. The thought of the impending seven innings immediately triggers your smelliest stress sweat, so you ask around if any of your pals on the team happen to have brought a stick with them.

Inevitably, someone rustles some out of their bag, but not before someone else throws a disgusted grimace your way. Let you rub your stinky pits on their personal deodorant?! That can't be healthy -- can it?

Turns out that disgust may be a pretty good indicator of smart hygiene habits. A growing body of research suggests that our revulsion may actually have been key to our early ancestors' survival.

"[Disgust] has a purpose, it's there for a reason," self-described "disgustologist" Valerie Curtis told Reuters Health earlier this month. "Just like a leg gets you from A to B, disgust tells you which things you are safe to pick up and which things you shouldn't touch."

But in the days of hand sanitizer and antibacterial soap and bleach, is disgust really saving us from much of anything? Maybe not, says Dr. Pritish Tosh, an assistant professor in the division of infectious diseases at the Mayo Clinic. Today, we're sharing far less bacteria than ever before, he says -- and that might be a bad thing. Maybe part of the reason we have so many allergic diseases and such an increase in obesity is because we're just too darn clean.

That idea was reflected in a recent study that found certain kinds of gut bacteria, namely from lean people, might be able to help combat obesity.

When it comes to sharing your germ-infested items, says Tosh, "it's a balance of risks and benefits." Sharing a toothbrush with someone you know intimately is obviously very, very different from sharing a toothbrush with a complete stranger or someone you know to have certain infectious diseases, making certain items seem ickier to share than they truly are, he says.

"The reality is we're speaking more about possibility than probability," says Neal Schultz, a cosmetic dermatologist in New York City and founder of DermTV.com. Still, he says, "forewarned is forearmed." Here's the truth about 10 items you might want to consider keeping to yourself. 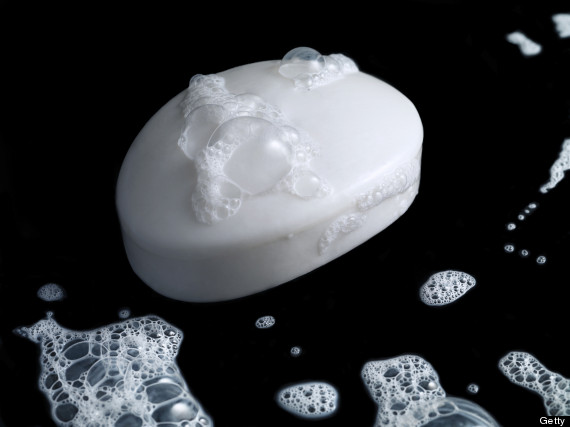 Despite the pervasive attitude that a bar of soap somehow cleans itself, the CDC recommends liquid soap over a bar when possible to cut down on sharing. A 1988 study found that germy soap isn't likely to transfer bacteria, but a 2006 study refuted that idea, citing soap as a source of continuous reinfection in dental clinics, Outside magazine reported. It could be because bars of soap don't usually dry all the way between uses, says Schultz, especially on the bottom, leading to an accumulation of bacteria, fungi and yeast that can be passed from person to person, he says.

Hats, Helmets, Hairbrushes And Combs
Headwear is an obvious culprit when it comes to the spread of head lice, but so is making contact with sheets or pillows or couch cushions that have recently been used with an infested person, according to the CDC.

Antiperspirant
There are two types of sweat, and one is smellier than the other. The odor comes from bacteria that break down the sweat on your skin. Deodorant, therefore, has certain antibacterial properties to stop the stink before it starts, explains Schultz. Antiperspirants, on the other hand, "are only interested in decreasing perspiration," he says, so they don't contain the same germ-killing powers. If you share a roll-on antiperspirant, you could transfer germs, bacteria, fungi and yeast from person to person, he says. Stop sharing, or switch to a spray. Even with a deodorant stick, he says, you can transfer skin cells and hair, which plays to some people's lower threshold for the gross, but won't result in infection, he says.

Nail Clippers, Buffers And Files
You wouldn't share 'em at a salon -- so don't share them with pals, either. If cuticles are cut or pushed back too far, or callused skin is removed, you could have little cuts in your skin, perfect openings for bacteria, fungus, yeast and viruses to be exchanged from tools that haven't been properly sanitized between users, according to the Today Show. Hepatitis C, staph infections and warts can all be spread this way. 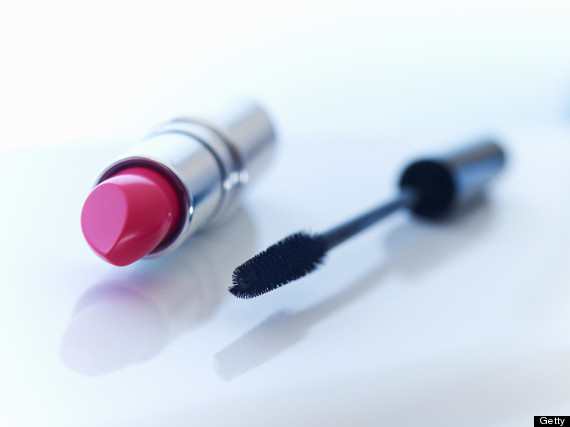 Keep your mascara wands and lipstick tubes to yourself if your friend who wants a swipe has an obvious infection, like pinkeye or a cold sore. But Schultz says that on a case-by-case basis, makeup may actually be safe to share. That's because most cosmetics have a number of preservatives on the labels, which are designed to kill bacteria and other growths in products made with water, thereby cutting down on infections.

Razors
It probably goes without saying, but you should never share anything that could exchange blood. "Avoid sharing anything that might have contact with blood, even if there's no apparent blood," says Tosh.

Since shaving can result in tiny nicks in the skin, viruses and bacteria left behind on razors can enter swiftly into the blood, according to "The Dr. Oz Show", and blood-transmitted viruses like hepatitis B are "unbelievably transmissible," says Tosh.

Drinks
Sharing a water bottle or a cup can lead to saliva swapping -- and not in a good way. The germs that cause strep throat, colds, herpes, mono, mumps and even meningitis can all be exchanged with a seemingly-harmless sip, dentist Thomas P. Connelly writes. However, Tosh points out that while many people carry the virus that causes cold sores, some won't ever actually have one. "Should you never share a soda?" he says, incredulously. "Usually, it's not going to cause problems."

Toothbrushes
Sharing is a no-no, according to the CDC, since you could pass infections along on those bristles, especially if, say from flossing, there is any small amount of bleeding, says Schultz. 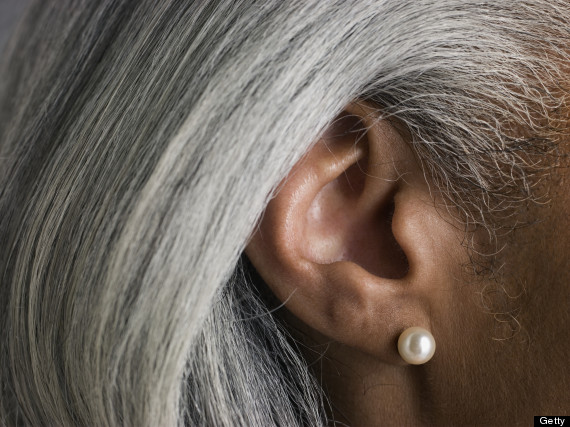 When you poke an earring through your ear, you may make a little break in the skin, allowing viruses from the last wearer to enter the blood, according to "The Dr. Oz Show". Tosh points out that most people inserting earrings won't be drawing blood, but there is still potential risk if you don't clean your jewelry between wearers.

Earphones
We know you love your jams, but frequent earphone use seems to up the amount of bacteria in your ears, according to a 2008 study. That bacteria could spread to another's ear if you share headphones, and could lead to ear infections. Avoid sharing -- or at least wash 'em first -- which, by the way, you should probably do more frequently anyway! Even over-the-ear headphones could pass along lice, says Schultz.