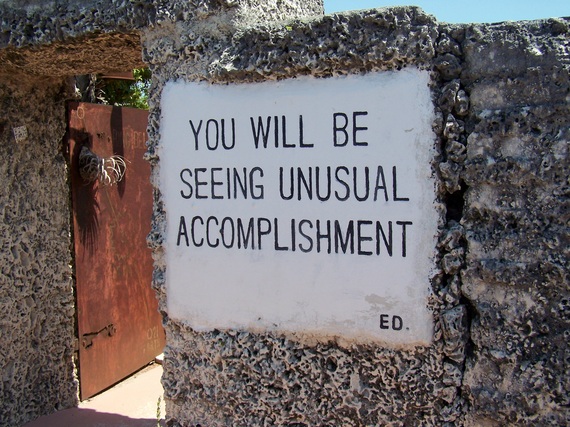 The East Coast of the US is insanely long: more than 2,000 miles of weaving sprawl hiding all kinds of beauty and strangeness and stuff in New Jersey. And while the odds are good -- assuming you live east of the Mississippi -- that you've hit at least a few spots on the seaboard, it's unlikely you've explored the whole thing. Or better still, spent enough time with it to gain its trust and, maybe after a night of too many beers, convinced it to spill all of its deepest, darkest secrets. Which is totally not what we did to uncover these fascinating facts about America's East Coast. 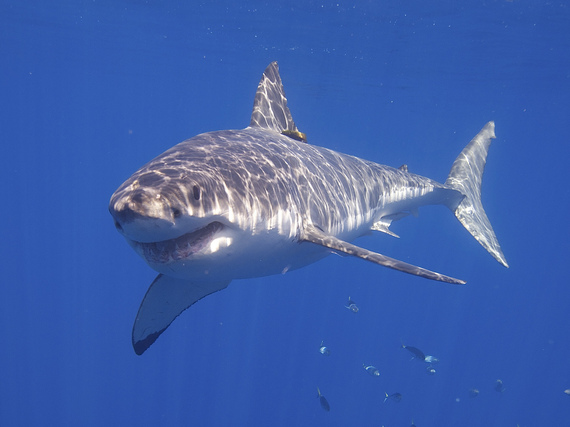 Most of the country's shark attacks happen off the coast of Florida
Where: Volusia County, FL
The stretch of coastline between New Smyrna and Daytona Beach (from which this author originates and made his daring escape) is by far the shark-bite capital of the nation, with 176 attacks since 2000; that's five times the number of the first non-Florida spot on the list, Maui County, Hawaii. Sadly, it's still not the biggest reason to avoid Daytona (see: spring break, Daytona 500, Bike Week, etc.). 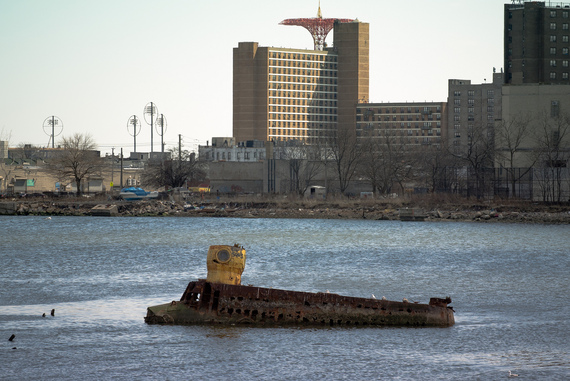 There's a 45ft yellow submarine stuck in the mud off Coney Island
Where: Coney Island, NY
Quester I was built in the 1960s from what is rumored to have been metal salvaged from the famed Civil War-era ironclad, the Monitor. Its purpose was to raise another sunken ship filled with artifacts somewhere off the Port of New York. Instead, it tipped sidewise and got stuck in the mud. For the last four decades, it's upper half has been visible above the waterline. Now it's home to blue crabs and birds. No Beatles were found in the wreckage.

One of the best nude beaches in the US is in Miami
Where: Haulover Beach, Florida
This .4-mile stretch of coastline is one of the premier "clothing-optional" beaches in America. Sure, you're probably more likely to see some pasty tourists than you are South Beach models (as is the case on most nude beaches), but hey, there's sun, sand, and naked people -- so quit your griping. 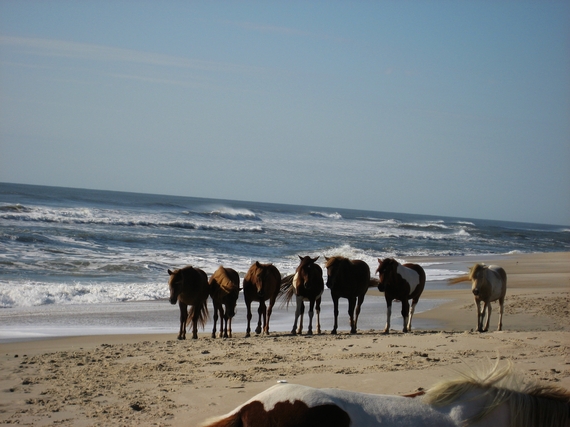 There's an island of wild horses off the coast of Maryland and Virginia
Where: Assateague Island
Many believe the horses of Assateague are the descendants of domesticated European horses who were shipwrecked on the island. It's more likely they were put there by owners in the 17th century to escape taxation. Either way, the horses have since reverted to a feral state. They are dangerous to approach and will get sick from human food, so don't try to go all Black Stallion when you're camping on the beach. 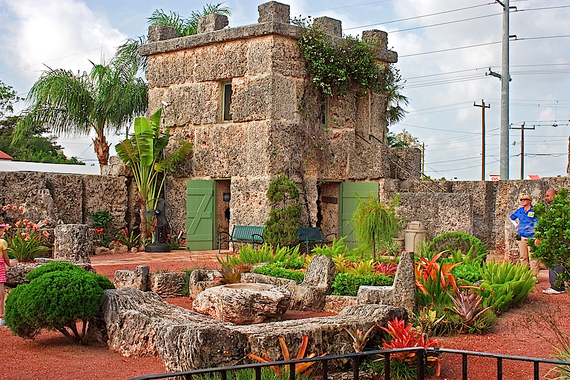 An eccentric in Florida built an insanely intricate castle from coral
Where: Naranja, Florida
Edward Leedskalnin, a Latvian immigrant, reportedly spent 28 years in the early to mid-20th century building (all by himself, mind you) the Coral Castle: an immense series of structures made from multi-ton blocks of limestone. He dedicated the project to his beloved 16-year-old fiancée, who left him a day before their wedding. No one knows how the 5ft-tall, 100lb Leedskalnin moved the stones; he refused to let anyone watch him work. When asked, he merely said he had learned the secret construction techniques of the ancient Egyptians; although local legend says he used magnetism and supernatural powers. Leedskalnin himself claims that magnets helped him recover from a near fatal bout of tuberculosis.

To find out what 5 other secrets are hiding out on the East Coast, get the full story at Thrillist.com!