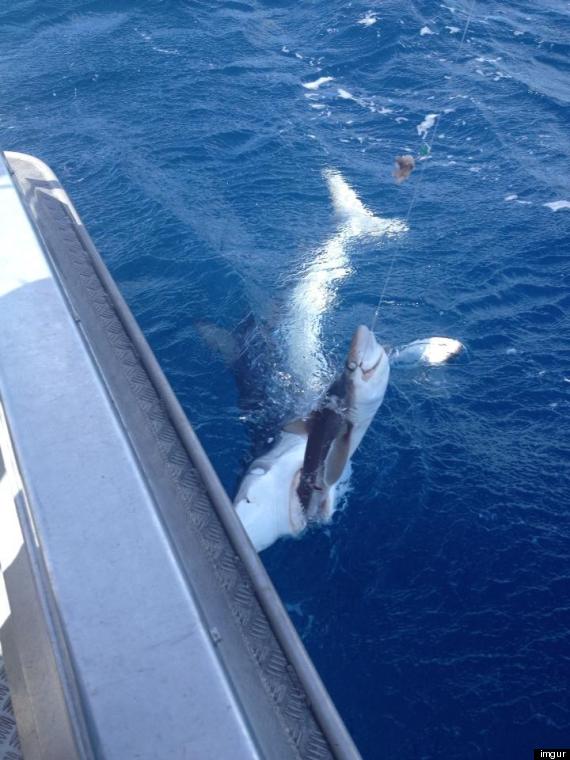 You know what they say. There's always a bigger fish.

And when the fishes in question are sharks, it's bound to make a good photo. A sportsman fishing in waters near Kaiteriteri, New Zealand hooked a decent-sized shark Dec. 28, only to have it end up as bait for a giant.

We're guessing the big one got away.

The photo of the sharks was posted to Reddit Dec. 29 and quickly rose to the social news site's front page.

If you're wondering why the sharks' eyes are white, many sharks have a membrane that protects their eyes when they go in for a bite. However, some shark species, such as great whites, lack this membrane. Great whites' eyes roll back in their heads when they bite, according to the Smithsonian.

It's not uncommon for sharks to prey upon each other, but it's seldom caught in such dramatic fashion. Of course, there are exceptions.

In 2009, the Daily Mail reported that a huge great white shark had been bitten in half by an even larger predator.