Delaware may be tiny in terms of its size, but in terms of its bold action for ocean conservation and the protection of the apex predators that sustain our marine resources Delaware is a giant.

This week Governor Jack Markell of Delaware made history by signing his state's House Bill 41, which prohibits the sale, trade, possession and distribution of shark fins within state borders. This catapults Delaware into the top-tier ranks, becoming the seventh state in our Union to ban the shark fin trade -- joining the thought-leadership of California, Hawaii, Oregon, Washington, Illinois and Maryland. Leading the second state on the east coast to do so (after Maryland), Governor Markell of Delaware beat Governor Cuomo across the finish line, (although the largest market for shark fins on the eastern seaboard is New York, which is also currently considering similar legislation.)

The demand for shark fins is what drives almost all shark deaths. The practice of finning is more gruesome than a Hollywood horror flick: Sharks' fins are sliced off and then the shark bodies are thrown overboard as waste. Unable to swim and bleeding to death, they suffer a slow and torturous death. But since sharks play a vital role in maintaining the health of our oceans, (which sustain and feed us), we must course correct. Studies have shown that reduction in one species can have detrimental, long-lasting effects on not only other species, but on entire ecosystems and local and regional economies. Animals at the top of the food chain, such as sharks, are slow to mature, and have very few young. Some sharks take up to 25 years to reach sexual maturity, have a long gestation period (upwards of a year), and only have a few offspring in the end. Altogether, that means that sharks are extremely sensitive to fishing pressures, and are slow to recover from overfishing. While sharks are often caught accidentally (called by-catch), a global market exists for shark fins, the main ingredient in shark fin soup. Shark fins can fetch upwards $600 a pound, putting this critically important species in the merciless hands of greedy, profit seekers.

But thanks to the leadership of the forward thinking men and women in the states above this tide is turning. Congratulations to Delaware for charting a course of protection for sharks and inspiring more positive change for our oceans. 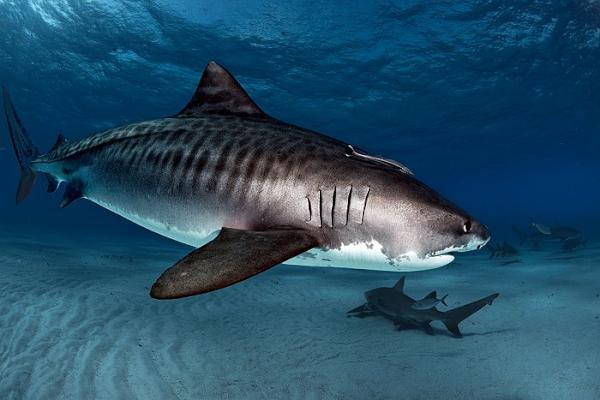