For "Air Jaws Apocalypse," part of Shark Week 2012, filmmaker Jeff Kurr got close to the action off Seal Island in South Africa. The island, known for its ubiquitous white shark population, is prime turf for studying and photographing the majestic predators.

According to Discovery Channel, Seal Island is the only place in the world where great whites are known to perform dramatic aerial breaches, which occur daily as they feed on seals during winter months.

In these amazing stills provided by Discovery Channel, great white sharks leap from the water in spectacular fashion, drawn to decoy seals trolled by the team's "shark sled," the precarious-looking light craft seen below.

On the sled, Kurr used a Phantom to capture a "colossal" great white breaching from water-level. The expedition was not without danger, but you'll have to check out "Air Jaws Apocalypse" to find out what happens.

While some readers previously questioned the use of decoys to lure sharks, the team from Discovery is committed to finding less invasive measures to study sharks in dangerous waters, including the Shark Spy camera, which is also featured in "Air Jaws Apocalypse."

Sharks, including great whites, face danger around the world from fishing pressure, finning and bycatch, according to the environmental advocacy group Oceana. 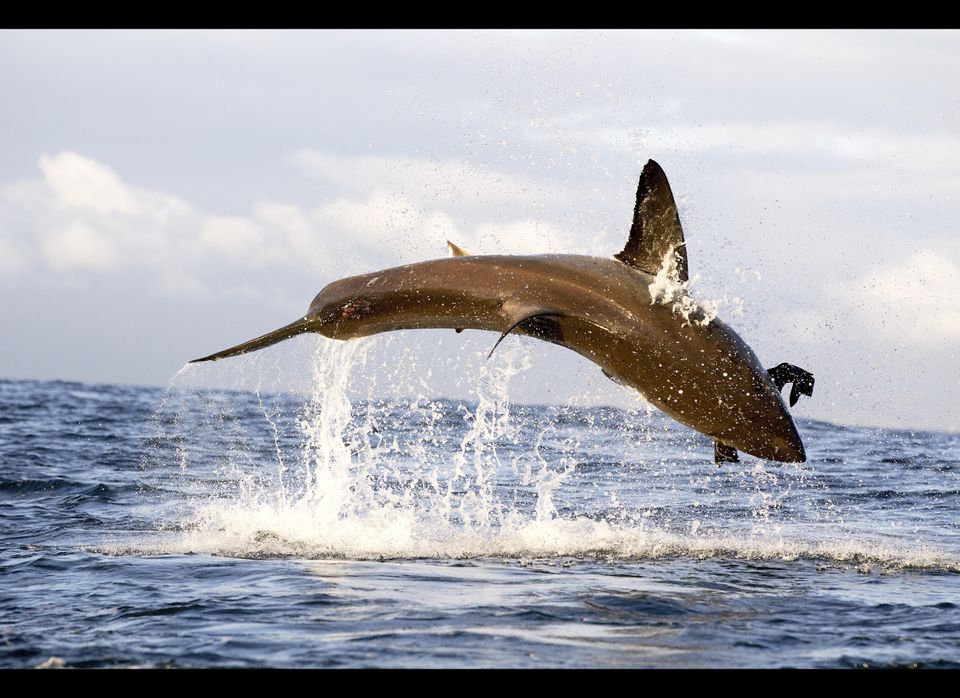