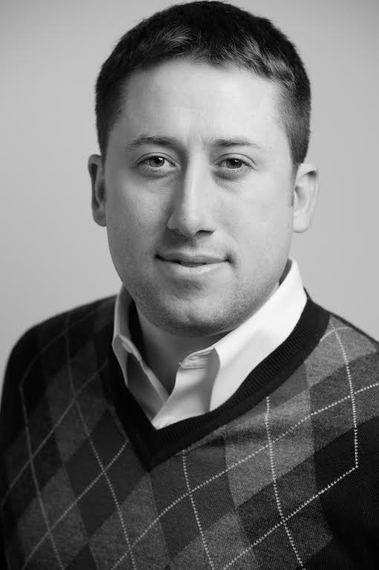 The sharks ate Aaron McDaniel for lunch, but he lived to swim again, in less bloody waters.

In January, McDaniel, the CEO of Tycoon, a real estate crowdfunding startup, was on "Shark Tank," the ABC reality TV show where five potential investors listen to the pitch from an entrepreneur and decide whether to invest in the product or the business. It didn't go well.

Standing on the show's wood-paneled set, McDaniel made his pitch for San Francisco-based Tycoon, which he launched as part of the current wave of real estate crowdfunding enterprises. Investors with as little as $1,000 could go on Tycoon's site and choose from a menu of potential real estate investments of different types--some are labeled 'retail buy & hold,' others 'residential flip equity deal'--and click on the ones they wanted to participate in.

Tycoon was relatively a small fry: at the time the show taped, it had funded just one investment, which McDaniel described as "part of a house in San Francisco." That's tiny compared to platforms such as Realty Mogul, which has funded over $70 million in deals; Fundrise, at over $60 million; Patch of Land at almost $25 million; and American Homeowner Preservation with over $10 million.

Real estate crowdfunding sites are proliferating. Some are far larger and better established, but Tycoon was the first to walk into the big, bright spotlight that a popular show like "Shark Tank" shines.

The sharks took big bites out of McDaniel and Tycoon. They said crowdfunding was too risky--and even 'spooky'--for most investors, invoking the proverbial Grandma investing her last $1,000, and wondered aloud if McDaniel was a swindler. One asked if he'd ever been to jail. ("No", he replied, valiantly trying to smile through the televised humiliation.)

All five investors uttered the show's stock phrase, "I'm out," one of them in under a minute, and McDaniel walked away looking crestfallen.

"I felt bad," he told me, acknowledging that all the early investment crowdfunding platform operators are stewards of sorts, trying to grow the new industry. "Then I go on Shark Tank and many of the eight to ten million viewers' initial exposure to our industry was negative. I mean, how many other entrepreneurs are accused of being a criminal on TV?"

But 50,000 people were interested enough to visit Tycoon's site over the course of a few days. Legions of small investors may have taken a broader view of crowdfunding than the five sharks had.

Unfortunately, those 50,000 unique visitors to the site ran into jams and delays. Tycoon had been given just two weeks' notice of the show's air date, and was in the midst of upgrading their site when the episode was broadcast. Navigation slowed to a crawl, and soon Tycoon was dead in the water.

Disappointing as it is that real estate crowdfunding got shredded on a highly popular reality show, the field continues to grow. Realty Shares, iFunding, Peer Realty, and dozens of others are partaking in an online capital-raising revolution. And while the five panelists on Shark Tank all said, "I'm out," countless investors have said, "I'm in," and invested online in growth opportunities that weren't typically available to them in old-line investing formats, before the JOBS Act of 2012 and its later refinements.

I asked if he would ever get back in the Shark Tank. "Yes," he said, "but I would approach it differently. I would challenge the sharks and call them out on their assertions."