Galeophobes, beware. The video above will trigger extreme anxiety and give you further reason to never set foot in the ocean.

A mass of sharks were filmed last week swimming around an oil rig 30 miles off the coast of Grand Isle, Louisiana.

The sharks are likely blacktip or spinner sharks and are following their normal migration pattern, according to Mitchell Chevalier, a local shark expert who tracks sharks for the University of New Orleans and the National Oceanic and Atmospheric Administration.

"Every year, Florida gets that big migration of blacktips coming in. Just like cobia, they swim on top of the surface going from the south to the north, going back into the warming water," Chevalier told the Times-Picayune in New Orleans.

A similar school of sharks was spotted off the eastern coast of Florida just last week, but Chevalier noted that this year's migration is a bit early as he doesn't normally see the sharks arriving near Louisiana until April.

George Burgess, director of the Florida Program for Shark Research, was also surprised to see this type of gathering off the coast of Louisiana during this time of year.

Martin T. O'Connell, director of the Nekton Research Laboratory at the University of New Orleans, thinks that the sharks might've been "artificially attracted" to the oil rig."

"Prey fish concentrate at rigs," he told HuffPost, "and, therefore, so will sharks. I would guess that if the photographer moved away from the rig a few miles, the shark densities would be less dramatic."

O'Connell also emphasized that this is normal shark behavior and not a "frenzy," as the video's title implies.

"There is no need for panic," he said.

We'll try not to. 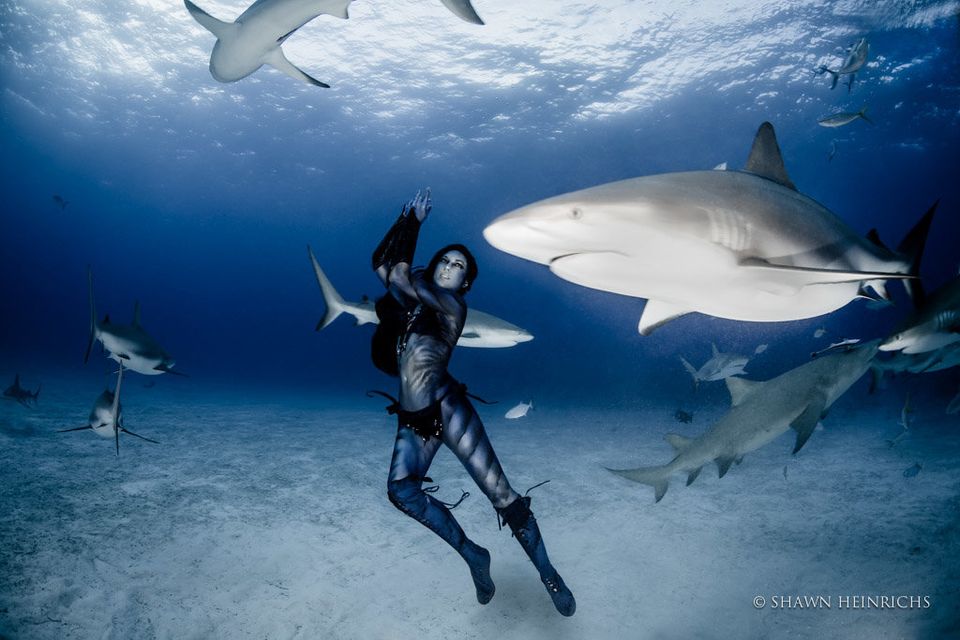