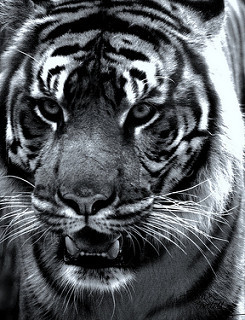 Right now sharks at risk of extinction are being killed for their fins. Rainforests that provide homes to critically endangered tigers are being slashed to make way for oil palm plantations. And at-risk elephants are being poached to feed increasing global ivory trade.

These threats to iconic, endangered animals would actually increase under the Trans-Pacific Partnership (TPP) - a controversial trade deal between the United States and 11 Pacific Rim countries that could come before Congress next year. The TPP would spur greater demand for products such as ivory, shark fins, and palm oil that kill endangered animals, by eliminating taxes (or tariffs) on trade in those products.

These realities further undercut claims by the White House that the TPP environment chapter would help protect endangered wildlife. As we pointed out on the day the text of the TPP was published, most of the environment chapter's terms are too weak to halt environmental abuses in TPP countries.

But further digging into the more than 6,000 pages of TPP text reveals that it's even worse than we thought. TPP rules requiring countries to reduce or eliminate tariffs would actually encourage increased killing of the very at-risk animals that the Office of the United States Trade Representative (USTR) says the deal would protect. Here are just a few examples:

Seventy-four shark species are currently at risk of extinction. A leading driver of the worldwide depletion of shark populations is the international trade in shark fins, which are used in soups and alternative medicines in some Asian nations, including TPP countries.

On the very first day the TPP is implemented, however, these tariffs would be eliminated for shark fins imported from other TPP countries, such as Peru and Mexico - the 5th- and 7th-largest exporters of shark fins in the world, respectively. Mexico already ranks among the top ten countries in the world for the number of sharks killed each year, and Peru's exports of shark fins to Asia are already growing significantly. The TPP's tariff elimination would encourage increased shark hunting in both countries to feed demand in Asia. Neither Vietnam nor Malaysia has existing free trade agreements with Mexico or Peru that would reduce tariffs on shark fin imports in the absence of the TPP.

Meanwhile, the TPP's environment chapter, as we explained here, includes no meaningful protections for sharks to offset the deal's incentives for increased trade in shark fins. Despite calls from environmental groups, the TPP includes no prohibition on shark finning. The TPP's chapter dedicated to the environment only includes a non-binding list of measures that TPP countries "should" take to "promote" shark conservation, if they deem it "appropriate." This weak language would not prevent a TPP-facilitated increase in shark deaths via finning.


The TPP also would encourage increased production of palm oil, which is made from the fruit of oil palm trees and used in about half of all packaged products found in supermarkets, including everything from shampoo to lipstick to chocolate. Oil palm plantations are the primary cause of rainforest destruction in TPP countries like Malaysia. If the TPP goes into effect, a rise in palm oil production would increase deforestation and exacerbate habitat loss for many of the animals that USTR claims the TPP would help, such as Malaysia's critically endangered tigers.

That's bad news for endangered species in Malaysia that are already threatened by the clearing of tropical forests for oil palm plantations. The United Nations has declared expansion of oil palm plantations in Malaysia "one of the greatest threats to orangutans." Oil-palm-related deforestation has also contributed to the decimation of Malayan tigers, which now number as few as 250 according to the Malaysian government. For some species, it's already too late. The Sumatran rhino was just declared extinct in Malaysia, due in part to habitat loss driven by the expansion of oil palm plantations. By encouraging further oil palm expansion, the TPP could push Malaysia's tigers and orangutans closer to the fate of its extinct rhinos.

Of course, increased deforestation due to oil palm expansion would also spell more greenhouse gas emissions that cause climate change - a major threat to the long-term survival of wildlife.

And it's not just animals that would be threatened by an increase in oil palm plantations. By facilitating increased production of palm oil, the TPP could also contribute to an increase in human rights abuses and forced labor. Malaysia is the only country in the world that the U.S. Department of Labor lists as using forced labor in palm oil production. A recent Wall Street Journal exposé documented how refugees smuggled into Malaysia are forced to work on oil palm plantations where they endure physical abuse and payment below the minimum wage. Workers find it hard to escape the plantations, as they often are forced to hand over their passports, required to pay off "debts" to smugglers, or threatened with deportation or beatings for attempting to leave. Since the TPP's labor provisions are likely too weak to result in a significant reduction in such exploitation, increased palm oil production would likely expand these egregious labor and human rights abuses.

The TPP would eliminate tariffs on ivory products, undercutting global efforts to protect elephants threatened by poaching. In 1990, most trade in ivory from African elephants was effectively banned under the Convention on International Trade in Endangered Species of Wild Fauna and Flora (CITES) - a treaty to which all TPP nations are party. The move initially helped dwindling African elephant populations to recover. But in the last decade, illegal poaching of African elephants has grown again, killing more than 100,000 elephants just between 2010 and 2012. CITES authorities estimate that renewed poaching could kill one-fifth of African elephants by 2023.

Environmental and animal welfare groups attribute the resurgence in poaching to increased trade in ivory products, due in part to legal imports that exploit loopholes in CITES. Legal ivory imports stimulate greater demand for all ivory products (legal or not) and make it more difficult for government inspectors and consumers to tell when ivory products are illegal. That is why many environmental and animal welfare groups have called for a total prohibition of trade in ivory, including halting imports currently considered legal. As the Animal Welfare Institute stated in early 2015, "To protect these magnificent animals there must be a complete prohibition of the trade in ivory since it is indisputable that any legal trade facilitates illegal trade."

But the TPP would take us in the opposite direction. Under the deal, seven TPP countries would eliminate tariffs on legal ivory imports that range from three to 25 percent, likely spurring increased ivory trade. That includes Japan, one of the world's largest importers of legal ivory. Japan would be required to eliminate its five-percent tariff on elephant ivory imports on the first day of the TPP, inviting increased shipments from significant ivory-exporting TPP countries like Canada.

While the TPP would require Japan and other signatory countries to implement their obligations under CITES to restrict illegal ivory trade, that requirement would not stop an increase in legal ivory imports spurred by the implementation of the TPP. This is particularly concerning given that environmental groups have already listed Japan's domestic demand for ivory alongside China's as "the key driving force behind Africa's poaching epidemic and global illegal ivory trade." By enabling increased trade in ivory, the TPP could amplify Japan's domestic ivory demand, undermining efforts to reduce elephant poaching.

We already knew from the TPP's environment chapter that the deal, despite USTR's claims, would fail to meaningfully protect endangered animals. But these new findings make it clear that the TPP would actually increase threats to those animals. This alarming reality further underscores the urgent need for a new model of trade - one that protects rather than threatens our treasured fish and wildlife.