Aside from having a website straight out of 1995, and being the new home for President Hosni Mubarak, Sharm el-Sheikh is a popular resort city on the southern tip of the Sinai Peninsula, in South Sinai Governorate, Egypt.

So what has Mubarak reportedly left Cairo for? Maybe a burger at the Sharm el-Sheikh Hard Rock Cafe just sounded really good.

Tourists from Egypt, around the region, and the rest of the world visit Sharm el-Sheikh for the casinos, diving, long swaths of natural beaches, year-round dry and temperate climate, and discos.

What better place for an embattled President to "retire"?

This won't be the first time Sharm el-Sheikh has garnered attention for something other than being a resort city. The 2005 Sharm el-Sheikh terrorists attacks killed 88 people, mostly Egyptian tourists, and significantly set the local economy back.

Egypt's tourism industry is suffering because of the current turmoil, but with reports of Mubarak resigning, even if it is to Sharm el-Sheikh, it isn't unreasonable to assume this popular tourist destination will rise again. 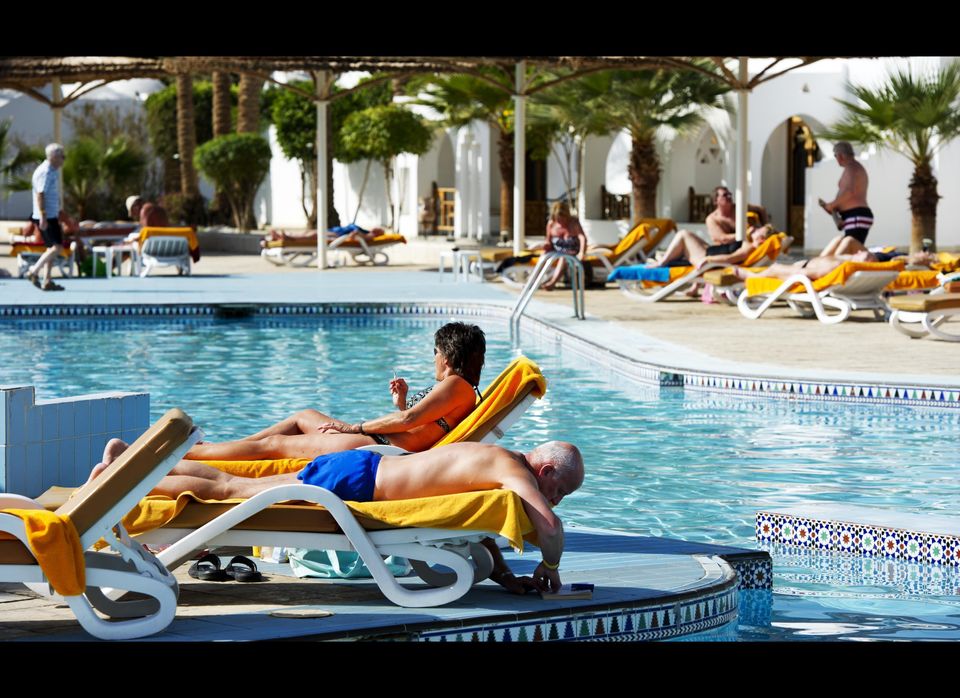 For updates on the situation in Egypt, please visit The Huffington Post's live blog.