To become a cheerleader for "America's Team" has long been considered among the top gigs for professional cheerleaders across the county. This past Sunday, 55-year-old Sharon Simmons decided to take her talents to Dallas -- along with hundreds of other hopefuls -- with aspirations of finally achieving that lifelong goal.

“I thought, that’s something I never tried,” Simmons told CBS DFW. “I always wanted to try out. I got real close in my early 20s, but got busy raising my daughter. And I thought, why not now?”

A grandmother of two from Carollton, Texas who works in commercial real estate, Simmons has been an author and fitness competitor.

"I don't see a number," she told ABC News regarding her age before her audition. "If I do, it's just a number. It's not that I can't keep up with [younger women] in the physical part of the training."

If Simmons makes the cut then she won't be the only grandma on the NFL sidelines in 2012. Last year, the Oakland Raiders had a grandmother of their own join the squad.

Simmons would be 56 at the start of the 2012 NFL regular season, and the oldest cheerleader in the league, surpassing 43-year-old Laura Vikmanis of the Cincinnati Bengals. Kudos to the women -- and men -- of the sport who continue to keep the dream alive. 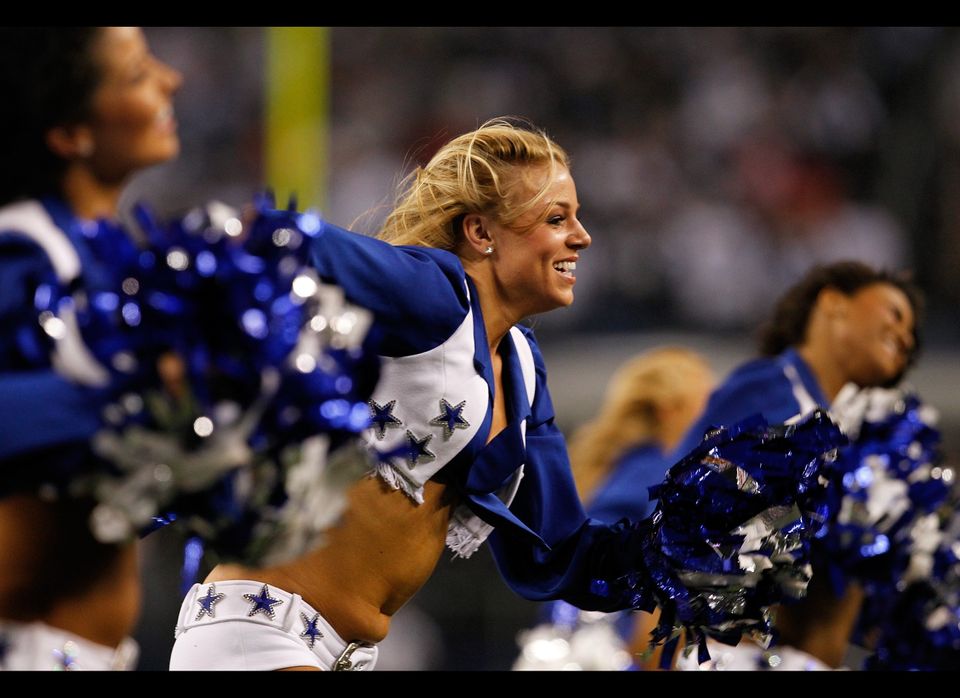 1 / 17
Cowboys Cheerleaders Through The Years
The Dallas Cowboys cheerleaders perform at Cowboys Stadium on December 11, 2011 in Arlington, Texas.
Getty