By Taylor Kubota for Men's Journal

Whether it's becoming a Sudoku champion or remembering the name of someone you just met, everyone probably wishes they could muster up a little extra brain power. There are no quick fixes when it comes to improving or the preventing decline of cognitive functions like memory, info processing or critical thinking but there are some very basic steps you can take to keep your brain as healthy as possible.

"A lot of things that should be recommend for reducing dementia are actually just common sense and work for general health too," says Dr. Joe Verghese, professor of neurology and medicine at Albert Einstein College of Medicine. "The challenge is getting people to do it." Eating right, exercising and staying mentally active top the list of brain health boosters but they aren't the only options.

1. Keep Learning
A lot of research has found that education provides some protection from waning mental function. The theory is that people with more education have a greater cognitive reserve, basically something of an extra buffer against the effects of decline. But it's a bit of a double-edged sword. "People who are more highly educated tend to get Alzheimer's at a later age but once they get it, they're getting it at a higher load of the disease and appear to decline at a faster rate," says Verghese. 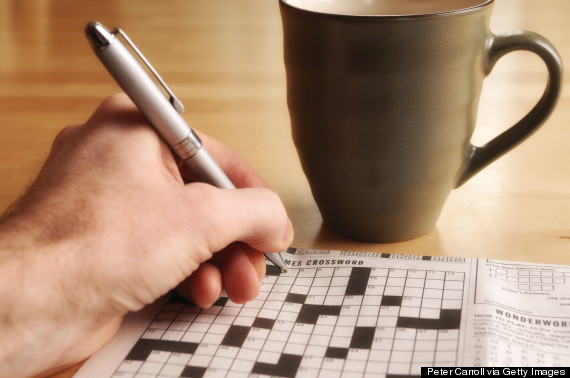 Even if you're not looking to jump back into school, you can still use other forms of mental activity to give your mind a workout. "Education gives you a boost earlier in life -- it builds up your cognitive muscle -- but in older life, if you want to maintain that advantage, you have to continue taking part in mentally stimulating activities," says Verghese. He conducted a study of 488 adults over the age of 75 and found that doing cognitive activities -- like crossword puzzles, reading or playing music -- actually delayed the onset of memory decline among people who eventually developed dementia. The results showed that for every cognitively active day, dementia was delayed by about two months.

3. Ignore Negativity
Stereotype threat occurs when a person is in a situation where they are anxious that they may conform to a negative stereotype aimed at his or her social group. Stereotype threat stemming from beliefs about age and memory loss can hinder the performance of middle-ages and older people on memory tests. However, positive stereotypes, or success on previous memory tasks, can help combat this negativity. Oddly enough, stereotype threat has also been shown to improve performance when tasks are focused on losses rather than gains.

4. Use All Of Your Senses
Sensory memory consists of iconic (visual), echoic (auditory) and haptic (touch-related) memory and is usually very short-term. Yet studies – often stemming from marketing research – have shown that involving multiple senses, like the picture of a flower with a floral scent, enhances people's ability to memorize what their senses are taking in. 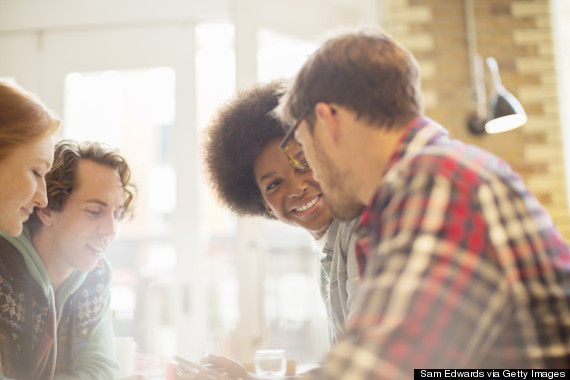 While many studies have found an association between social support and better cognitive functioning, it's hard to tell which one causes the other. A 2008 study that looks at retired people found that memory among people who were least socially integrated declined twice as much as in people who were most socially integrated. Researchers have suggested that socializing may help our minds because it encourages people to take better care of themselves, reduces stress and releases beneficial neurohormones, stemming from the emotions usually caused by being with loved ones.

6. Don't Multitask
Many of us may prize ourselves on our multitasking prowess but science generally shows that splitting our attention is more problematic than productive. One study looking at working memory -- quick storage of information -- had younger and older adults perform recognition tests with or without interruptions. They found that adults of all ages get sidetracked by interferences but that older adults have a harder time refocusing after they've been distracted.

7. Spaced Interval Repetition
If you've ever had to memorize something, you are probably familiar with spaced interval repetition (SIR). SIR is a learning technique that uses repeated testing over increasing intervals until it whatever you're trying to memorize finally sticks. So you test yourself a lot at first, then less and less over time. It sounds really basic but SIR is a well-supported way to get the most out of your memory – and a reason there are so many new smartphone apps that follow this technique. 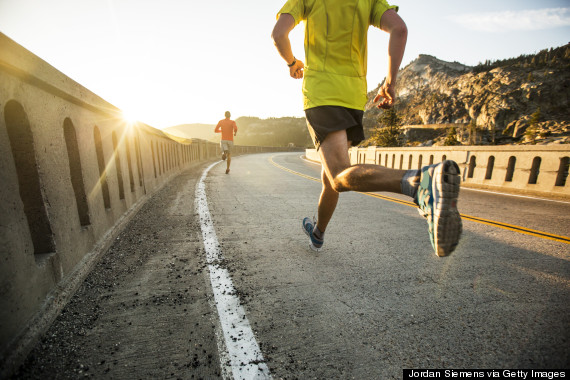 The hippocampus -- the part of the brain critical to the formation of long-term memory -- typically shrinks as we age, which can contribute to memory impairment and dementia. Fortunately, exercise (which is already great for our health) may actually reverse this shrinking. One study found the effects of exercise increased hippocampus volume by an amount equal to what older people lose in one to two years. "Studies have shown that exercise improves blood flow to the brain and it also stimulates production of nerve growth factors," says Verghese. Even just six minutes of exercise post-learning can help boost memory.

9. Eat Right
There is a well-documented link between what we eat and how our brains function. One study showed that putting rats on a high sugar diet for a mere six weeks impaired their cognitive functioning. Being overweight has also been tied to increases in mental health problems. If you just can't get enough of your high-fructose corn syrup, the researchers also found that consuming foods rich in omega-3 fatty acids -- like salmon, walnuts and soybeans -- may help counter sugar's brain drain.