It looks like some members of our community historically ignored by the fashion community may soon have clothes specifically tailored to their bodies and needs.

Sharpe Suiting, a revolutionary ready-to-wear fashion line, is currently engaged in a Kickstarter campaign in order to fund clothing for butch, androgynous and masculine-of-center individuals. Clothing traditionally understood as masculine has rarely been available to anyone but those with the physical frames of cisgender men. Now, as queer people are gaining more ground in mainstream society, the designers behind Sharpe Suiting are aiming to change that.

In order to better understand Sharpe Suiting and what its founders are trying to accomplish, The Huffington Post chatted with the curators of this new fashion line last week. 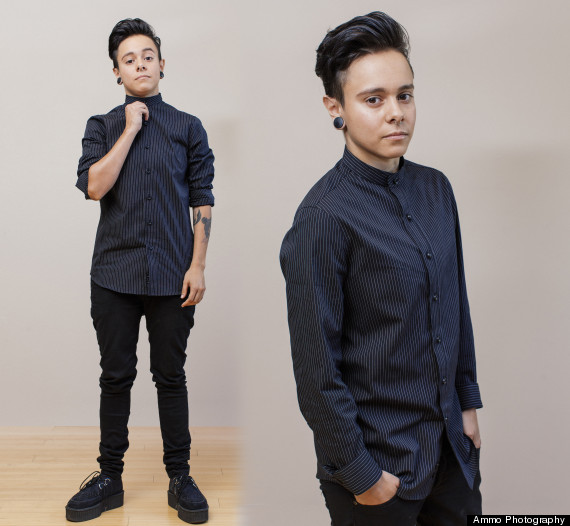 The Huffington Post: Why is this line of clothing is so necessary? Sharpe Suiting: Menswear or masculine clothing for female-bodied individuals has been practically non-existent, until now. If fashion is identity, where are the clothes for women who identify more with masculinity?

At our Sharpe Suiting’s Next Top Model event on Nov. 12, I sat down and spent some time with one of our most loyal clients, a 57-year-old proud self-proclaimed butch woman. The event teamed up with over a hundred members of our local community, out to support a cause near and dear to each of them. Our client was confidently dapper in her own custom Sharpe suit as we talked over the project and its progress. She asked me what my goal was for the company after the Kickstarter. Naturally, I gave her the run-down of to-do’s including online e-commerce sales as well as widening our retail distribution globally. She regarded me and said, “Now, I know you can give me a strategic business school answer! I meant, what is your purpose?”

At that moment, I remembered what I felt when I initially measured her body for her first Sharpe suit, the lines and creases in her body formed from decades of fitting herself into menswear clothing that did not fit her, clothing that does not fit any of us. I told her, “I want younger individuals who identify like us (nowadays in addition to butch they identify as transgender, genderqueer and masculine-of-center) to not have to experience the difficulties we had in the past. I want to change mainstream society’s ideas and views toward butch or masculine-leaning women by building a fashion brand where the world can witness people in our community feeling empowered and confident. 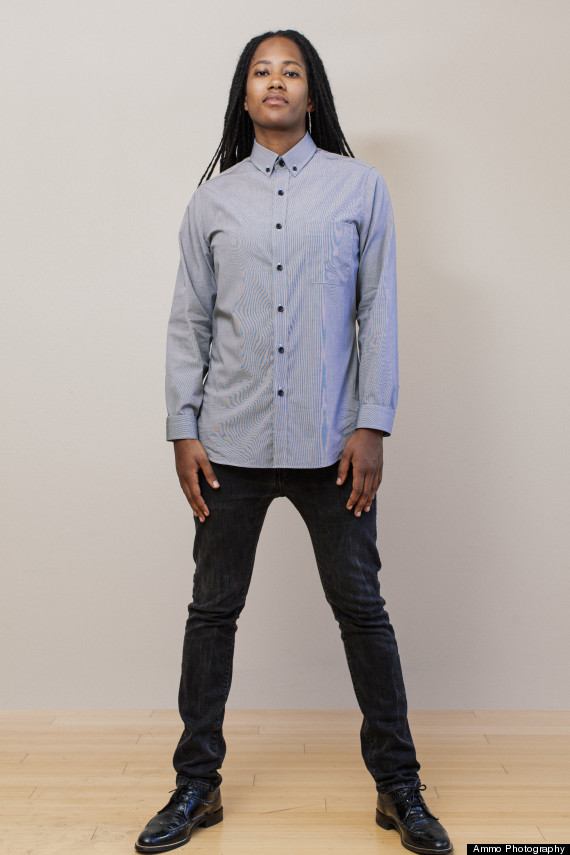 Is this clothing intended exclusively for queer women and trans men or are you trying to reach a wider audience? Sharpe Suiting was founded initially out of my own inability to find clothing that fit not just my body, but who I was: a genderqueer, masculine-of-center, female-bodied guy. As of now the majority of our clients run within the andro to trans gambit, but when gay men, queens, femmes and cis men showed up wanting high-quality suits to truly express themselves, who were we to say their identities didn’t fit within our scope? Wasn’t that the issue we, ourselves, had such a hard time with growing up? We are inspired by our queer community, but anyone and everyone is welcome through our doors.

What kinds of clothing will you produce? Sharpe Suiting aims to be an unparalleled leader in the creation and manufacturing of custom-constructed and ready-to-wear dresswear for the queer community and beyond. As of now we offer two-and-three piece suits, blazers, slacks, vests, dress shirts, overcoats, ties, bow-ties and will soon offer accessories such as cufflinks and money clips.

We are thrilled that we will also soon launch our ready-to-wear-line. At Sharpe, we developed a system of measuring and tailoring whereby we minimize stereotypically female curves for those who identify as more masculine. In the past, anthropometrics has been the singular method for measuring the human body and it continues to be traditionally used for tailoring and clothing manufacturing. Our suits have to fit androgynous bodies. So we have developed our own measurement method, Andropometrics, our patented way of measuring the body to create a more masculine (or in some cases, feminine) cut on the individual. Now, after creating over 100 custom suits this past year, we’ve been able to compile measurement data and create our ready-to-wear line with an entirely new sizing chart. 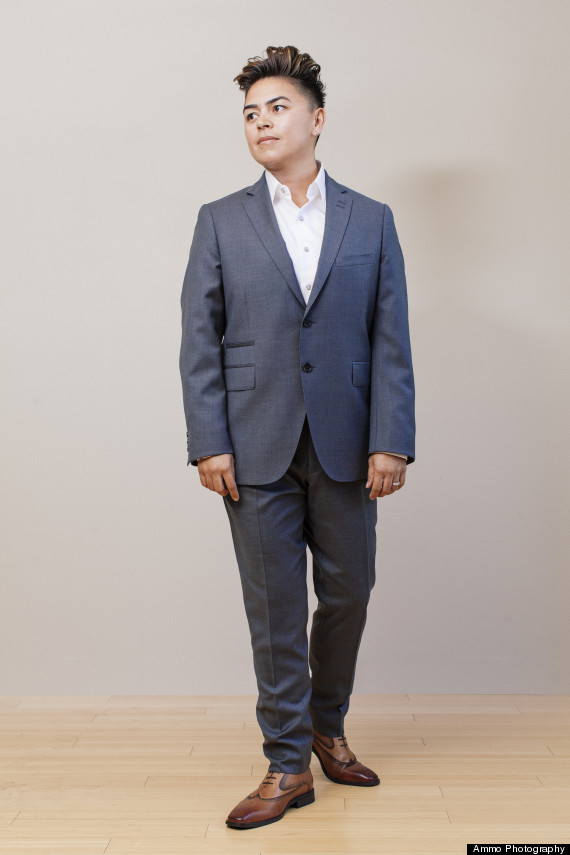 Do you see movements like as evidence of larger social changes at play? Definitely. Once upon a time a woman wearing a man’s suit was an extraordinary thing: seen only acceptable on a sensationalized entertainer (i.e. Marlene Dietrich or Katharine Hepburn). In the '80s women began wearing their power-suits, broad with shoulder pads, to demonstrate they had just as much right and ability to compete in the man’s business world.

The androgynous look is something that has been seen increasingly on the runway, with the ultra-slim fit and a tapered leg on men to women wearing femininely cut tuxes. Fashion, an expression of the individual mandated allowable by society, always seems to express the larger social change.

The last 15 years has seen milestone after milestone for the queer community. We now have the ability to legally marry, and there are many out there (queer and not) who don’t want to walk down the aisle in a dress. Yes, there are still some states in which it is illegal to marry, but the overturning of DOMA means that the tipping point of public opinion is in favor of equality.

As more and more celebrities and athletes come out of the closet, we are seeing more tuxes on the red carpet and suits during interviews. Ellen Page, Ellen DeGeneres and Cara Delevingne are just a handful who have all been known to rock a classy suit over a formal dress. Plus, the recent breaking-out of trans stars has seen an upswing in acceptance of gender non-conforming individuals on the whole. We no longer have to fit into boxes with which we don’t identify.