CHILLICOTHE, Ohio -- Five months ago, a young expectant mother here was found dead in a local river. A coroner's ruling that she took her own life sent shockwaves throughout the small community, particularly among friends and family who remain convinced she was murdered. 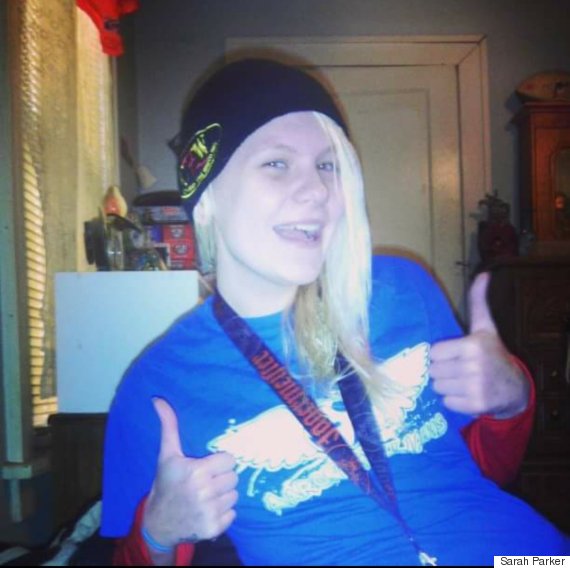 "People here are extremely angry about this case," Sarah Parker told The Huffington Post. "It is blatantly clear to us that she did not commit suicide."

"She spent the day with me," Himelrick's grandmother, Shirley Himelrick, told The Huffington Post. "She was excited and happy because she had just found out she was pregnant."

Shasta Himelrick had shared that same excitement with friends on Facebook. 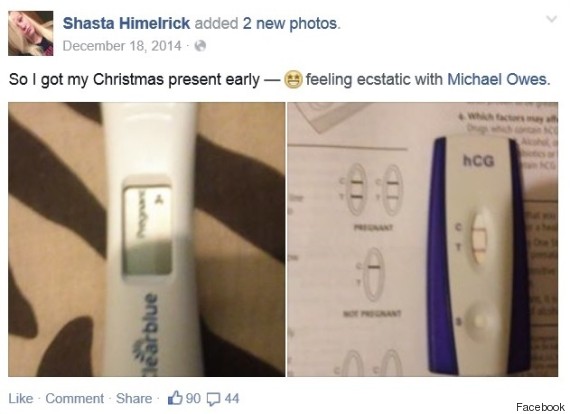 "I'm actually excited for Christmas this year," she posted to Facebook. "Not because it's Christmas but because I'm really happy. I love my man and am so excited about us being pregnant."

She also shared the news with longtime friend Kendra Dutchess. 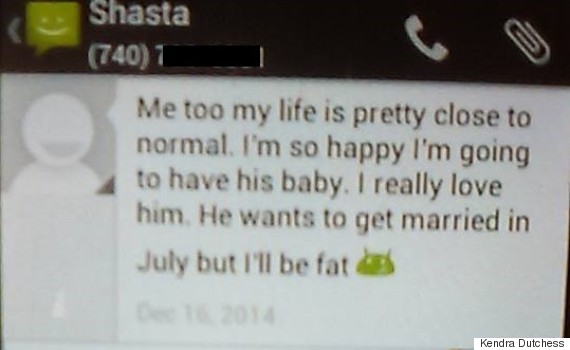 Dutchess said Himelrick was genuinely happy when they discussed her pregnancy.

"I cannot stress that enough," Dutchess told HuffPost. "That word genuine just means so much."

According to Dutchess and Parker, Himelrick had been battling a heroin addiction and had been working hard to get her life back.

"She had started hanging out with the wrong crowd after high school and started doing drugs," Dutchess said.

The drug problem was compounded, according to Parker, by the unexpected death of Himelrick's dad in August 2014.

SHASTA AND HER FATHER: (Story Continues Below) 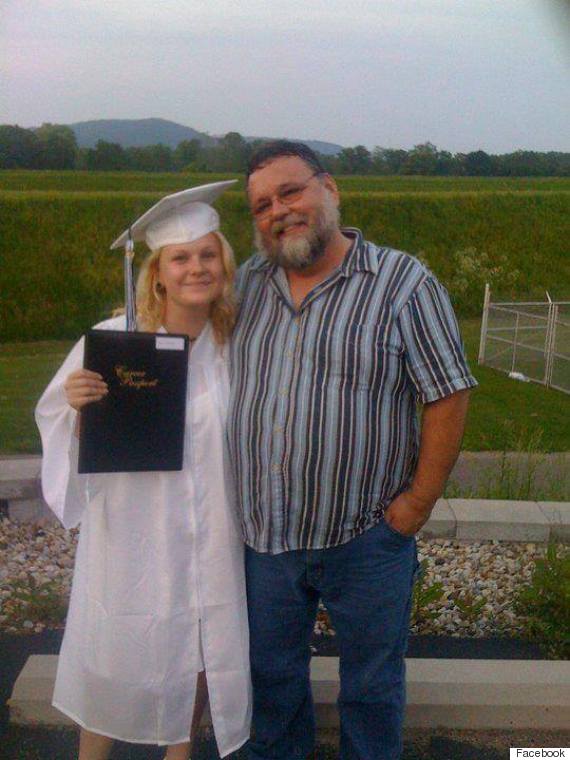 "She was in mourning and struggling with addiction, but she reached out for help and was taking steps to be clean," said Parker. "The pregnancy got her excited for the future, and she told me she thought she was getting a second chance to make a good life for herself."

Dutchess said Himelrick was also motivated to get straight because she had recently become engaged to her boyfriend, Michael Owes.

Owes, who did not respond to requests for comment from HuffPost, had been in a relationship with Michelle Frankel, a 26-year-old woman who "died unexpectedly" on April 28, 2014, according to an online obituary. 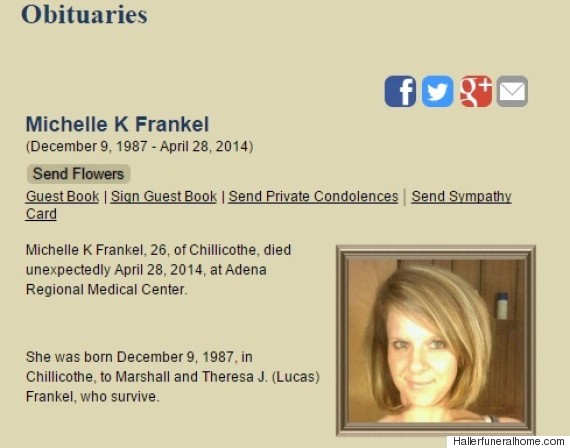 It was not long after Frankel's death that Owes started dating Himelrick.

"We never got to know him because he was standoffish and rude," Parker said.

According to Shirley Himelrick, her Christmas Day visit with her granddaughter was cut short after the young woman received a text message.

"She said she had to go see someone but would return later," Shirley Himelrick said.

Shasta Himelrick never returned to her grandmother's house, and the following morning, at about 7:15 a.m., the Ross County Sheriff's Office found her car abandoned near Higby Bridge, which crosses the Scioto River, in southeastern Ross County. The vehicle was out of gas, with a dead battery and the driver and passenger doors open. 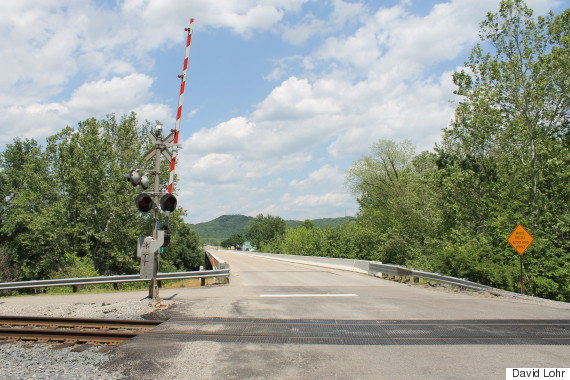 "All of her belongings -- her cellphone and stuff like that -– was in it," said Shirley Himelrick.

Police found blood inside the vehicle and a razor blade near the center console, according to Shirley Himelrick.

A pair of shoes belonging to the young woman was found on Higby Bridge. 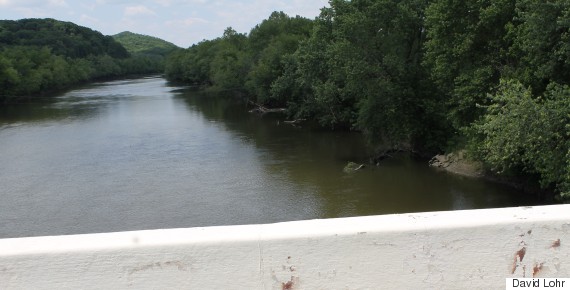 After the discovery of the vehicle, the sheriff's office determined Shasta Himelrick had exchanged various text messages with friends up until about 2:30 a.m. on Dec. 26.

Detectives also obtained video footage from a Speedway gas station in Chillicothe that showed the young woman had stopped there at about 3:15 that morning. Where she went after that is unknown.

SHASTA AT SPEEDWAY: (Story Continues Below) 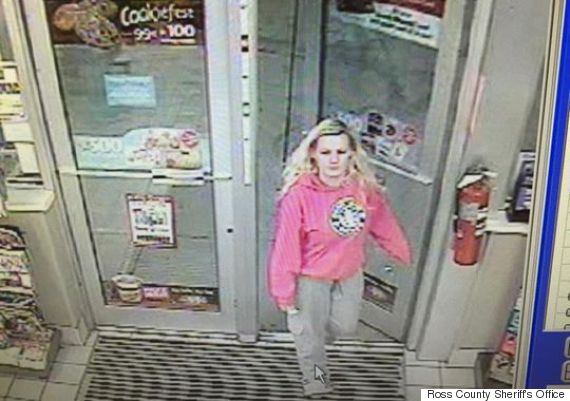 Ross County Coroner John Gabis stunned Himelrick's family when he announced the cause and manner of her death.

"After forensic autopsy and toxicology examination, and also review of the known investigative information with law enforcement, the cause and manner of death are ruled to be drowning as the cause and suicide as the manner of death," Gabis said in a March 17 press release.

Gabis said he found no signs of "pre-mortem trauma," but did find nonfatal levels of cocaine and oxycodone in Himelrick's system.

A copy of the autopsy report obtained by HuffPost states "six superficial incised wounds" in a "parallel orientation," were observed on Himelrick's left forearm. The injuries could suggest a possible suicide attempt.

Also pointing in that directions was an unsent text message on Himelrick's cellphone. She allegedly wrote the message to Owes, telling him she was sorry and that she loved him, according to Shirley Himelrick.

Despite those telling clues, as well as some prior social media posts in which Shasta Himelrick had referenced depression, her family and friends remain unconvinced that she took her own life.

I'm so fucking tired of hurting.

"Anybody could have texted whatever they wanted to," said Shirley Himelrick. "None of us think she killed herself."

"She would not have jumped into that cold water," Parker said. "If she were going to do something to herself it would have been with narcotics. She could have easily gotten drugs. The town is completely infested."

Gabis told The Chillicothe Gazette in March that he could not comment on whether authorities believed Himelrick had jumped from Higby Bridge, where the water level at that time, according to the National Weather Service, was only a few feet deep.

Dutchess said she doubts her friend would have jumped from the bridge -- a drop of 20 to 30 feet -- and believes someone forced her into the water. 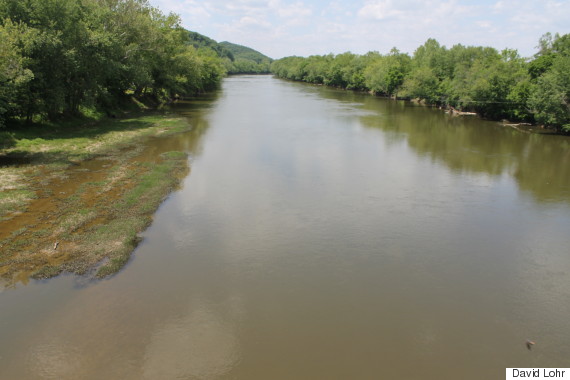 "I believe it was a setup," she said. "Shasta inherited a lot of money when her dad died. Someone could have lured her out there -- a drug run or whatever. Think about it -- a 20-year-old girl with a lot of money and this town being the way it is."

The Ross County Sheriff's Office did not return multiple calls for comment from HuffPost. 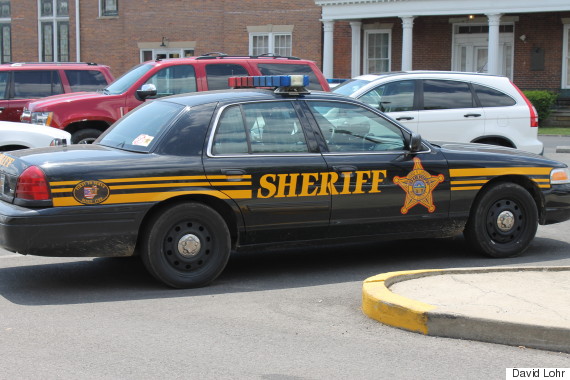 Shirley Himelrick said authorities have assured her the case is still open.

"They told us they haven't closed it yet," she said. "They said they are still following up on some things."

Shasta Himelrick's friends believe authorities might be trying to determine if her case is connected to several other women from Chillicothe who have disappeared or turned up dead in the past year.

"It needs to be known that she knew these girls," Parker said. "It's time to cut the shit and do something before someone else goes missing."

HIMELRICK AND PARKER: (Story Continues Below) 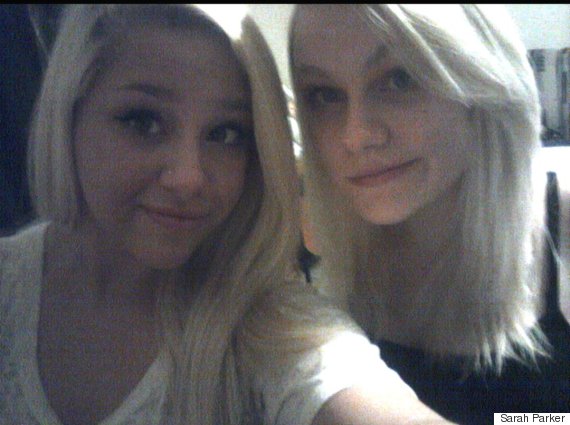 Parker also said her friend's drug addiction should not define her.

"She was 20 years old," she said. "We all make mistakes and she was doing better. People should not even be focusing on that, they should be focusing on trying to figure out who murdered my friend."