A war-zone halfway around the world seems an odd spot to find a new best friend. But for Shaun Duling, Bolt was no average dog.

Duling, a former Marine, first met Bolt when he arrived in Afghanistan last October. Bolt and his sister, Xena, used to hang around the base. While all the soldiers favored Xena, Bolt was more skittish and standoffish.

"I was stationed with the German army. The German guys were taking care of Xena. They had built her a little house, feeding her two to three times a day. Bolt was kind of left outside. No one really gave him food. He was very malnourished, very skinny but still a very happy dog," Duling told ABC News.

So Duling and a friend began to bring Bolt, a Labrador-Shepherd mix, into the fold. Bolt soon became Duling's loyal companion.

"When I'd go out on runs, he'd be right there next to me. Every morning, he'd walk to the office with me. I think once he established that trust, he was almost inseparable,” Duling elaborated to WJLA.

That bond was tested when the base commander ordered all dogs be removed and dropped off in a village 12.4 miles away, a situation Duling described in a blog as "pretty rough... especially after seeing how confused he was when they came to take him."

The next day, miraculously, when Duling woke up at 2:30 a.m. for work, "there [Bolt] was, tail wagging and happier than ever."

According to soldiers, after they'd dropped the animals off in the far-removed village, Bolt would have none of it. He ran behind the convoy for around 10 miles before the commander ordered them to stop, picked up the pooch, and decided he could stay.

When the time came for Duling to leave Afghanistan for good, he told ABC News that Bolt tried to jump into the helicopter with him and had to be physically restrained.

Now, thanks to a UK-based dog rescue organization called Nowzad, Bolt is headed state-side. Empowered by over $4,000 in donations collected online, the group sent Bolt on a 14-and-a-half hour plane ride around the world.

Bolt is currently in quarantine; NBC5 reports he'll be back by his owner's side in Virginia by November 5. 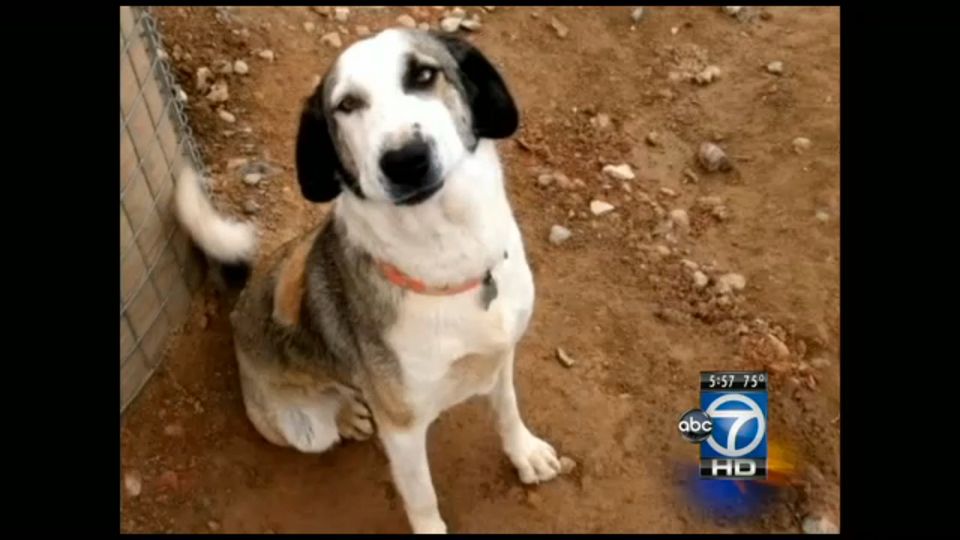