WASHINGTON -- While the Walter E. Washington Convention Center has been the scene of plenty of protests since it opened in 2003, nobody should be picketing Wednesday night's "Shaw Art Walk" which starts at the massive 2.3 million square foot complex.

More than half the collection is made up of works by local artists.

From there, the tour will move on to six neighborhood galleries.

Among the highlights: At Civilian Art Projects is "6 Painters," a small show of D.C. and Baltimore artists.

At Contemporary WIng is "Next Generation: Selections by Artists from the 30 Americans Collection," a show comprised of works by contemporary African-American artists who were picked to be in the show by the artists in the Corcoran Gallery of Art's "30 Artists" exhibition. (That show closes Feb. 12.)

RELATED VIDEO: WETA's segment on "30 Americans" at the Corcoran Gallery of Art. 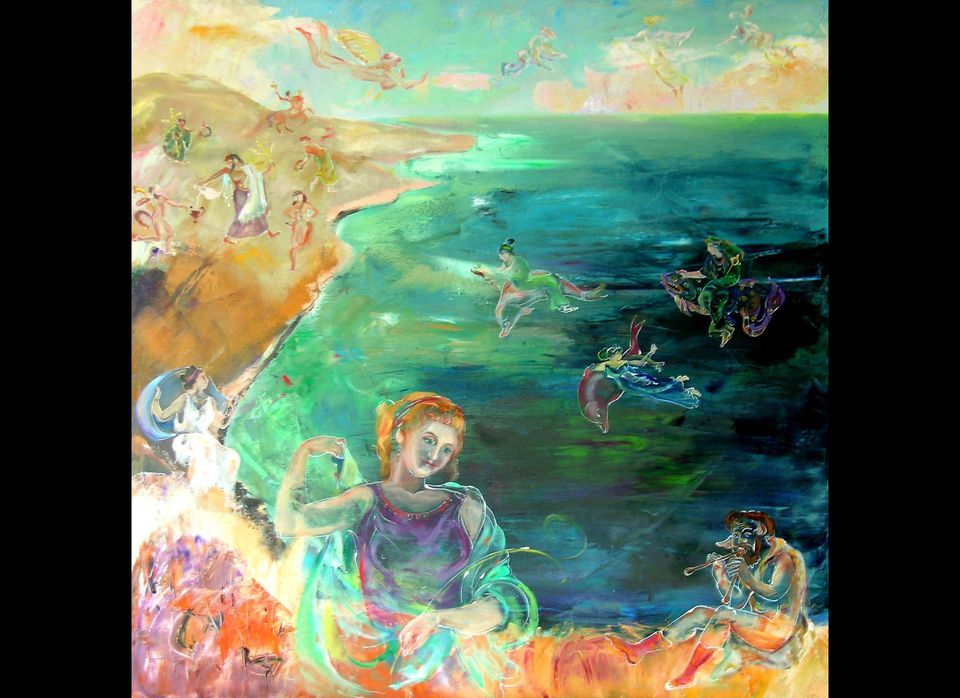