Imagine, if you will, Lewis and Clark exploring the great American Frontier for the very first time, communicating with others only in person or through hand-written letters that took many a fortnight to get anywhere at all. But what if these bold explorers had the efficiency of texting, the wide reach of Twitter, or the epic wisdom of #YOLO? 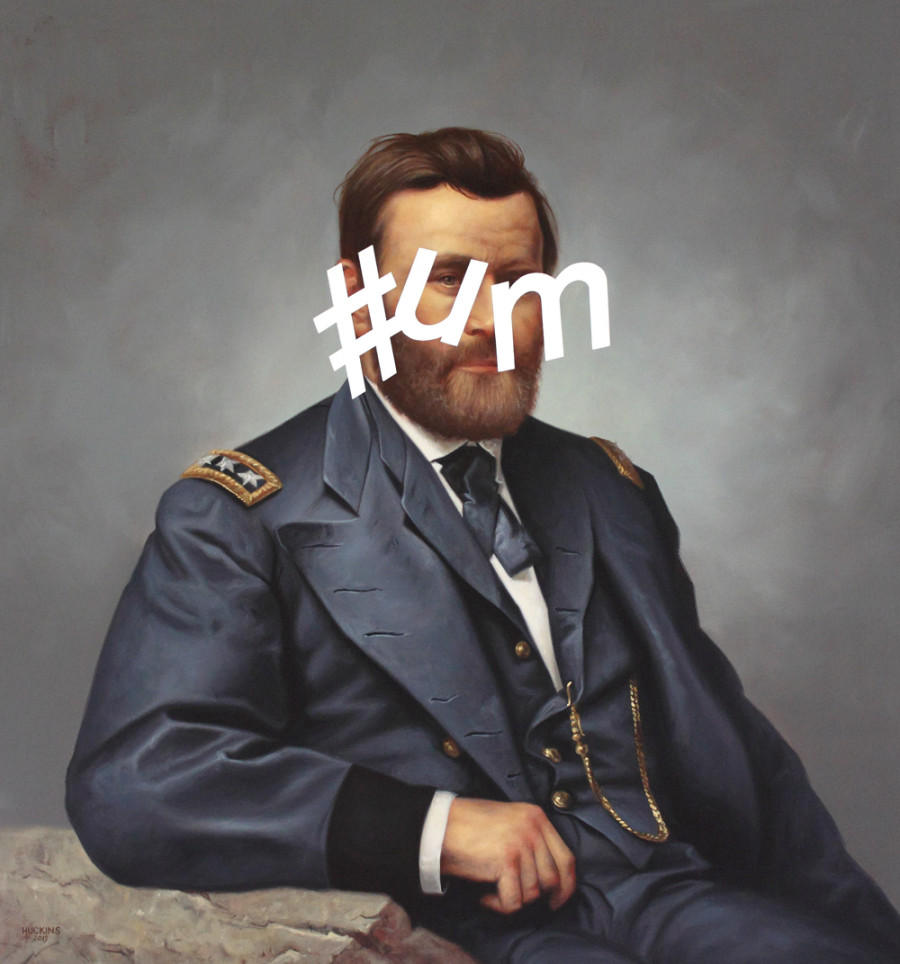 Artist Shawn Huckins toys with the idea of the American West getting its social media on in a series of hilarious and surprisingly poignant mashup artworks. Somewhere between Ed Ruscha and a product of KnowYourMeme.com, Huckins' series "The American __tier" juxtaposes classic American imagery with slang, hashtags and the abysmal grammar we've come to expect in the internet age.

"Technology influences how much we know and what we believe, as well as how quickly and intelligently we convey our ideas," Huckins explained in an email to The Huffington Post. "But does how we communicate govern the value of what we communicate? The physical act of typing very fast on small devices has undeniably impacted spelling, grammar and punctuation, encouraging a degree of illiteracy that has become the new social norm. As goes our grammatical literacy, do our social and cultural literacies follow? Are we in a continuing state of the debasement of language?" 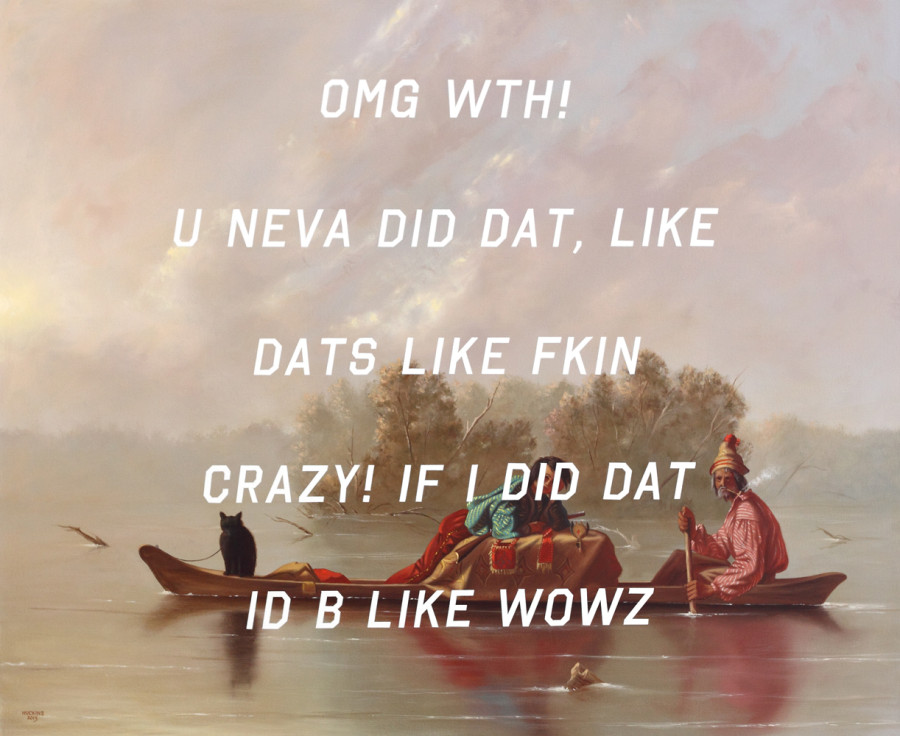 Fur Traders Descending The Missouri: Oh My God What The Hell! You Never Did That, Like That’s Like Fucking Crazy! If I Did That I’d Be Like Wow

To create his timely works, Huckins meticulously recreates the original paintings, then superimposes large, white hand-painted lettering on top. The results include a confused and hashtag-savvy Abe Lincoln, some twerk-happy boatmen and an eyepatch-wearing gent who prefers to get wasted in solitude. But before you assume Huckins is simply condemning the internet's all-powerful grasp on language, take a moment to appreciate his nuanced critique of the contemporary scene.

"Who are we to say that ‘twerk’ and ‘selfie’ are not valid forms of communication?" Huckins asks in his artist statement. "These additions [to our vocabulary] do not signify the death of the English language, but rather a growing and evolving method of communication which changes as does our world. However, one may argue that technology and youth-associated slang isolates us more, not less, and it is easy to idealize centuries-past life as simpler, more civil, more intelligent, and ironically, more ‘connected.’" 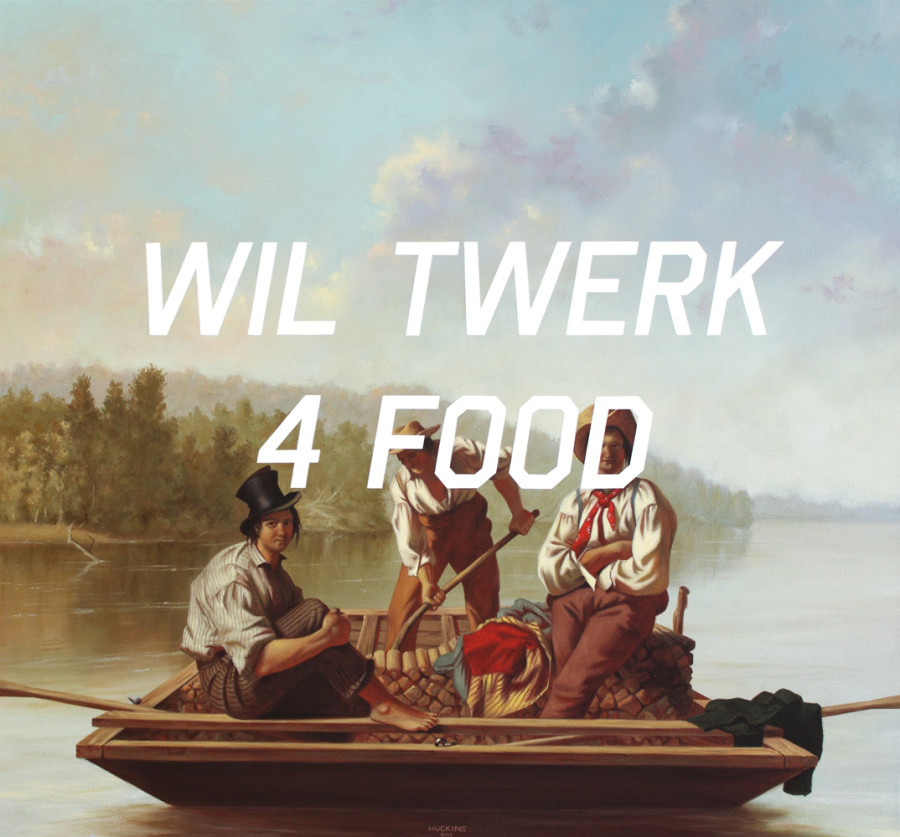 Boatmen On The Missouri: Will Twerk For Food

Whether or not the ubiquity of the word "twerking" signifies an evolving communication method remains up for debate, but it is interesting to compare the purpose of communication on the old frontier and present day. "Those century old methods of communication intelligently and clearly exhibit passion, courage, and connection, while today’s digital speak gives only a glimpse into the human psyche," Huckins muses.

Also, to be real, what's better than twerking boatmen? 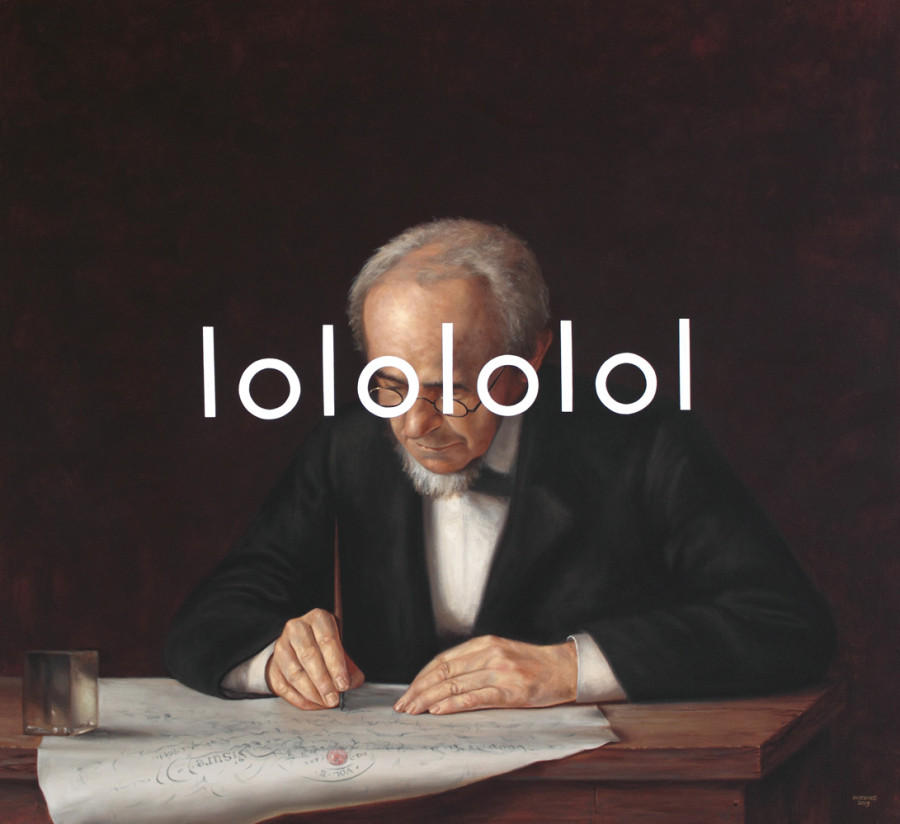 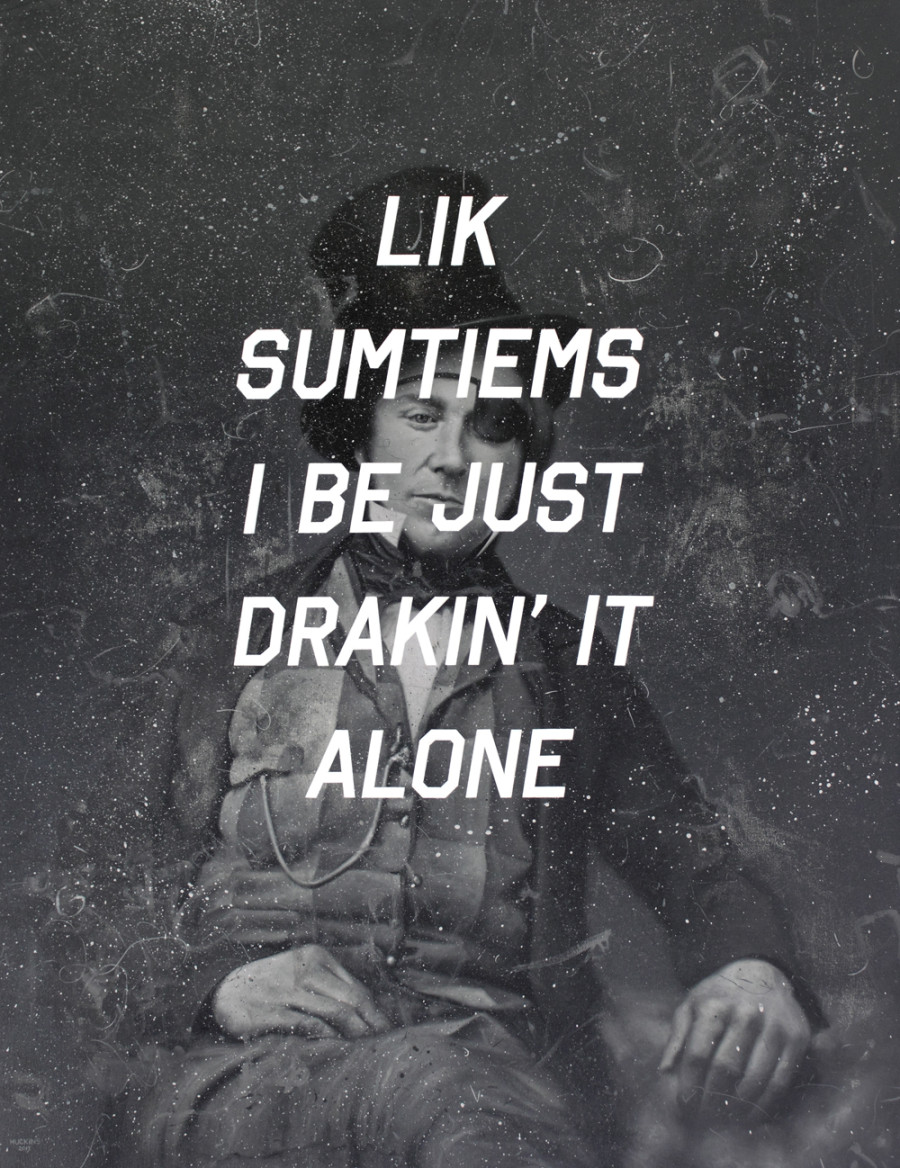 Gentleman Wearing A Top Hat and Eye Patch: Like Sometimes I Be Just Drinking Alone 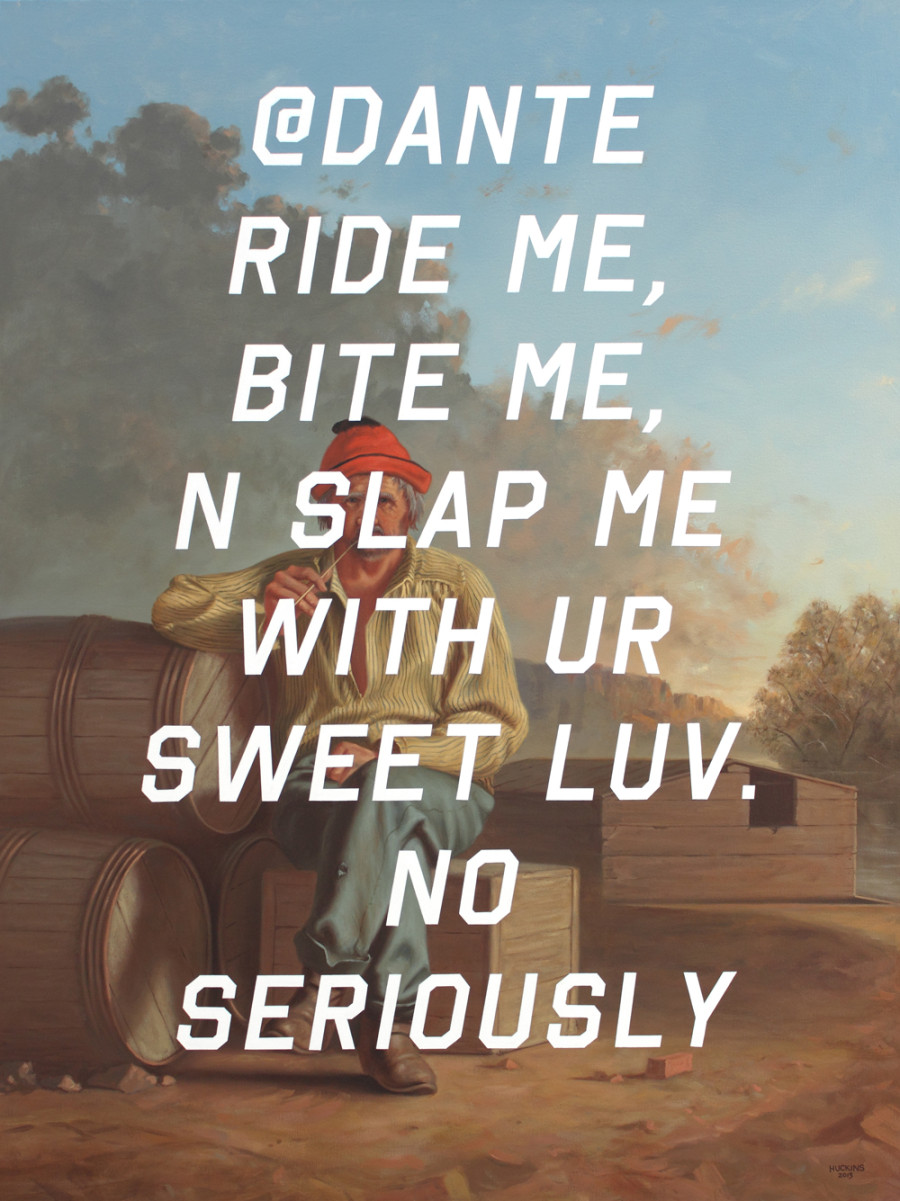 A Mississippi Boatman: To Dante - Ride Me, Bite Me, And Slap Me With Your Sweet Love. No Seriously 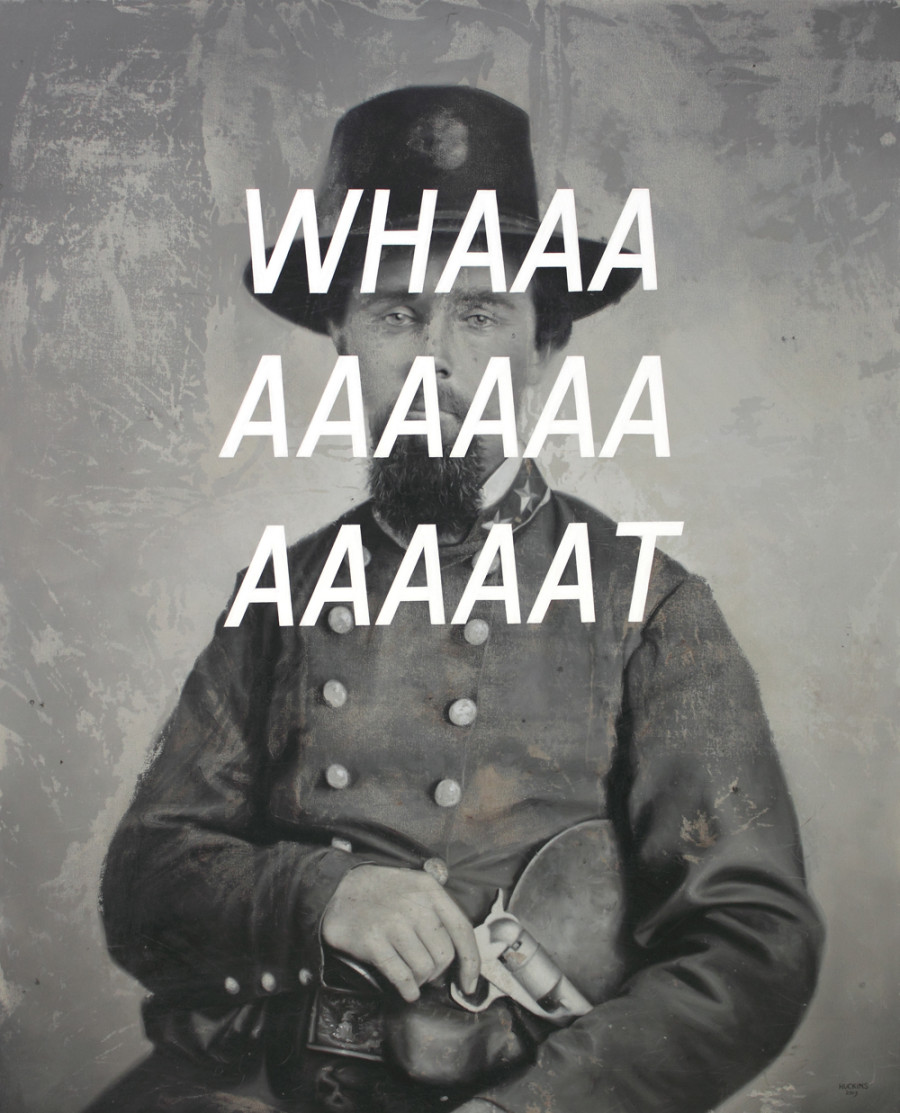 Colonel Julius A. Andrews’ Extended What 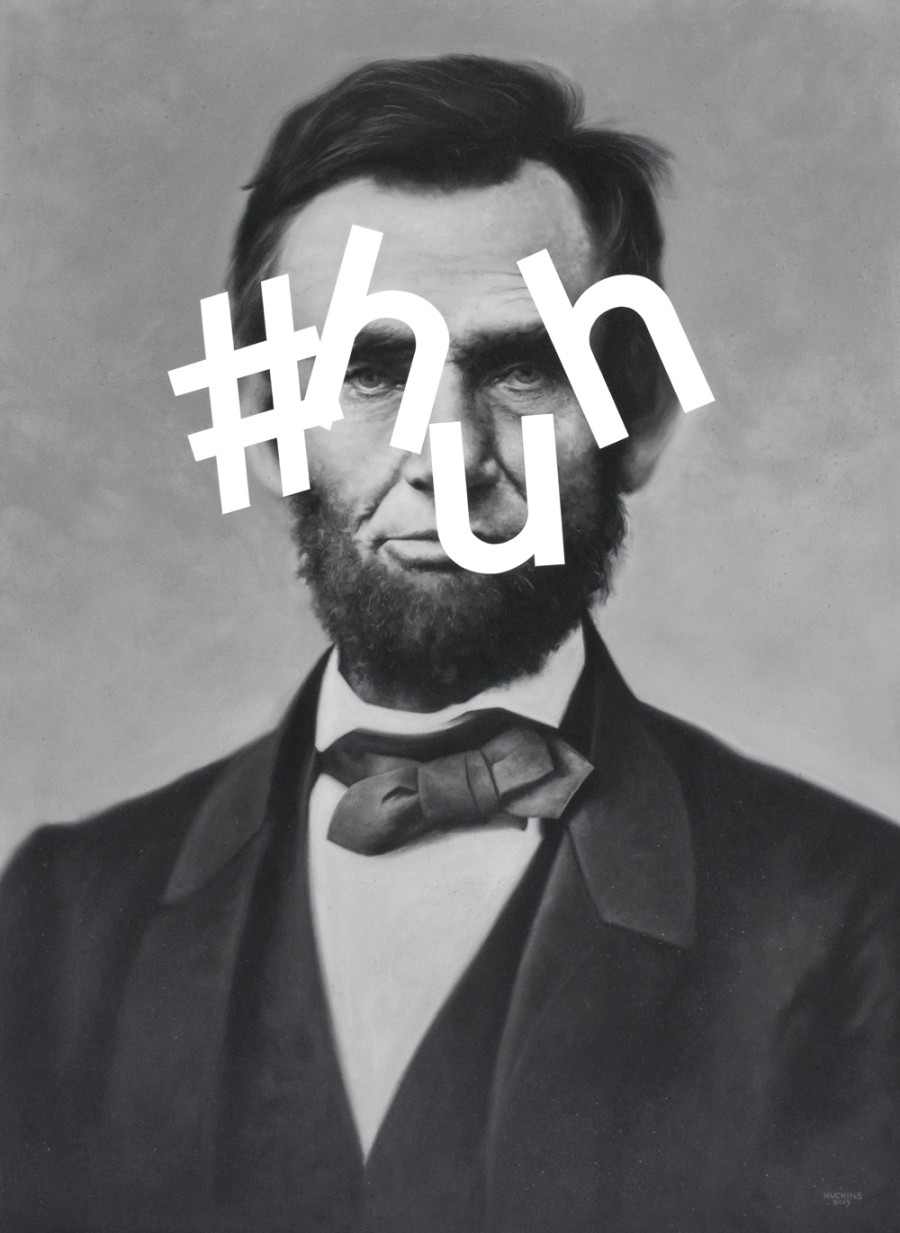 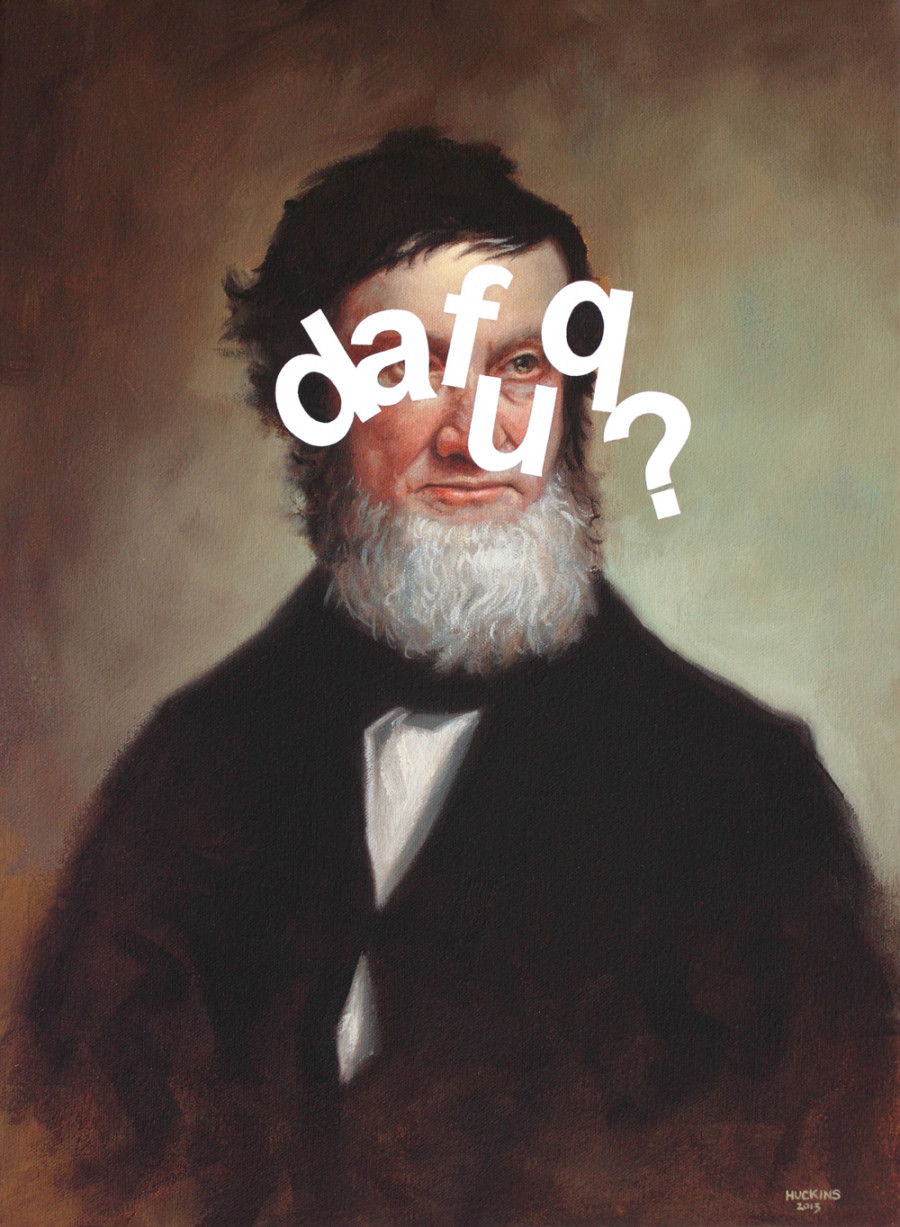 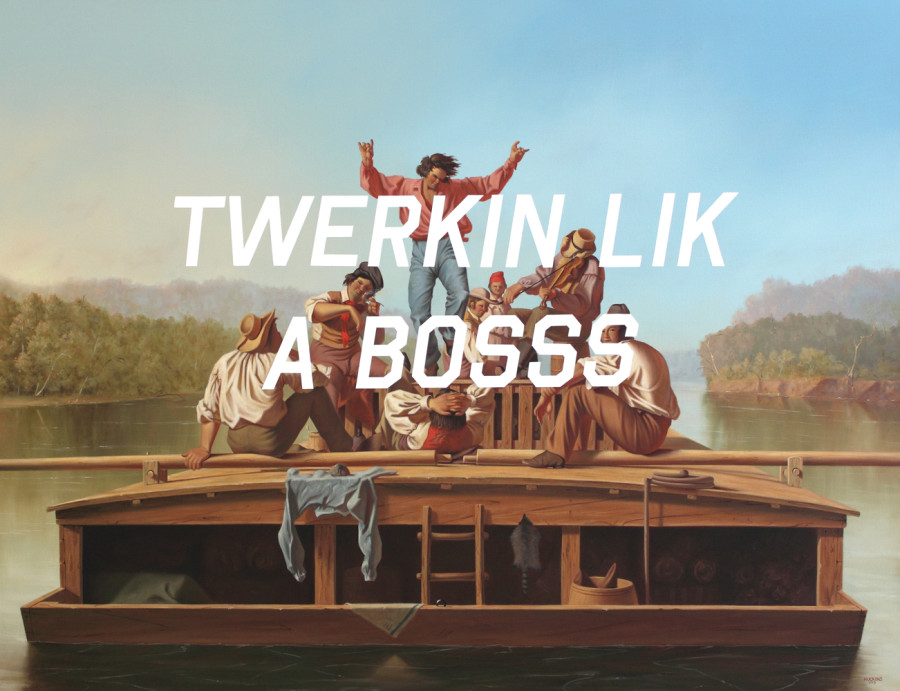