Trust is an understated and rarely discussed moral value, and it is the lack of trust that many Americans feel toward their country that threatens to make us a second-rate nation. Deliberate actions to undermine the federal government over four decades have taken their toll, generally driven by an anti-modernist agenda derived from Confederate mythology of a golden age when everyone had her proper place. That confidence has not been eroded even more today is a function of the tenacity of superb public servants brought to Washington by President John F. Kennedy and his immediate successor, President Lyndon B. Johnson, and their intellectual heirs who still believe that they serve a government of the people.

This is the story of one such person. 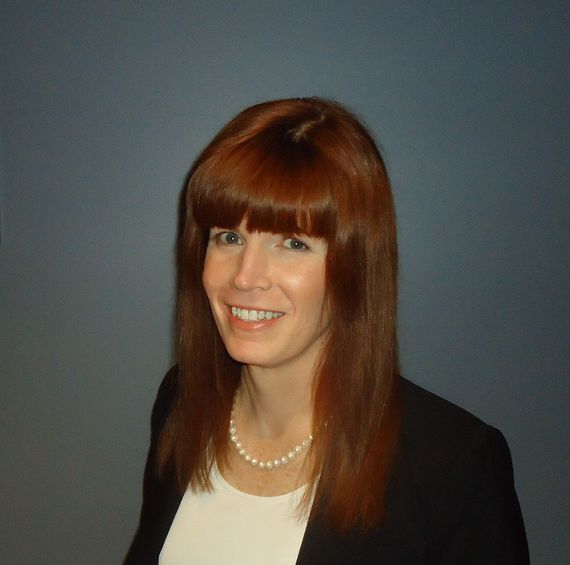 Shawn Skelly is being appointed today as Special Assistant to the Under Secretary of Defense for Acquisition, Technology and Logistics (AT&L). She served just over 20 years in the Navy and retired at the rank of Commander in 2008. By trade, she was a Naval Flight Officer (navigator/weapons systems officer vice a pilot) and flew the S-3B Viking in the fleet off the U.S.S. Kitty Hawk and the U.S.S. Carl Vinson and as a flight instructor. Her non-flying tours were on the staffs of Commander, U.S. Second Fleet/Striking Fleet Atlantic as Future Operations Officer, U.S. Pacific Command as Deputy Chief of South Asia, Southeast Asia and Oceania Policy, with her final tour in uniform being at the Marine Corps Warfighting Laboratory, serving as the Director of the Marine Corps Improvised Explosive Device (IED) Working Group. Following retirement from active duty, she began working for Exelis Inc. (then known as ITT Advanced Information Systems) providing support to the Department of Defense's Joint Improvised Explosive Device Defeat Organization (JIEDDO) as well as doing some corporate business development work. She has a B.A. in history from the University of South Carolina, and an M.A. in National Security and Strategic Studies from the Naval War College.

I've recently met her, and I'm very impressed by those credentials. I don't understand why millions of Americans choose to denigrate the service of such persons, either while on active duty or afterwards when they serve on the civilian side. She, along with millions of others, is one of those upon whom the rest of us depend, for good reason. They manage our defense, support those who are defenseless and marginalized, and protect the commons and our natural resources. We all know people like Shawn, and on a personal level we respect them, their work, and their willingness to sacrifice independence and income to serve their country.

Yet when there is a constant drumbeat of attacks against the federal government, or when these same people take power and are appointed with the purpose of undermining that government to which they've been elected or appointed, they are acting against their own self-interest and that of their friends and family who actually do serve. The jobs done by these men and women cannot be abolished, privatized or outsourced to the developing world. Those criticizing would never themselves want their own labor to be constantly denigrated, yet they have no compunction railing against others. Their constant efforts to defund the government lead to cutbacks and growing burdens on those who remain, further generating a greater erosion of morale, which in turn leads to less and less productivity until, in the immortal words of Grover Norquist, all that's left can easily be flushed down the drain.

Women like Shawn Skelly can help rebuild trust and create the next generation of professional appointees who will lead us to greater strength as this century progresses. They are as necessary to a healthy society as the people who teach our children, heal our sick, defend our rights, repair our electrical grid and maintain our green spaces. We should be very proud when a person like Shawn steps forward to answer her nation's call to service.

Oh, and by the way, did I mention that she's a transgender woman, the fourth such appointee by the Obama administration? It's a minor issue for her, and one day for the rest of us. For now, congratulations!