With his hole-in-one, Shawn Stefani made history during the final round of the U.S. Open on Sunday, joyous and improbable history.

Cue the leaping and the shouting.

Stefani's 1 was the first-ever ace in a U.S. Open played at Merion, per Doug Shedloski of Golf World. According to USGA historian Mike Trostel, it was also the 43rd known ace in U.S. Open history, via Doug Ferguson of The Associated Press.

The reaction of the 31-year-old was just as memorable. Here it is on loop. Use as needed to brighten any day.

He's the first golfer to make a hole-in-one at any U.S. Open at Merion, which previously hosted four.

He made golfing history when his shot bounced out of the rough and rolled some 50 feet toward the pin before falling in the cup.

Stefani raised his arms and hopped around the tee in celebration. He shot a 1-under 69 in the final round.

He signed his glove and a scorecard to donate to the USGA Museum in Far Hills, N.J. He declined a request to give up the ball.

US Open Golf Hole In One U.S. Open Tennis Sports

Shawn Stefani Hole-In-One Is First U.S. Open Ace At Merion And His Reaction Lives Up To It (VIDEO)
PHOTOS: U.S. Open, Day 4 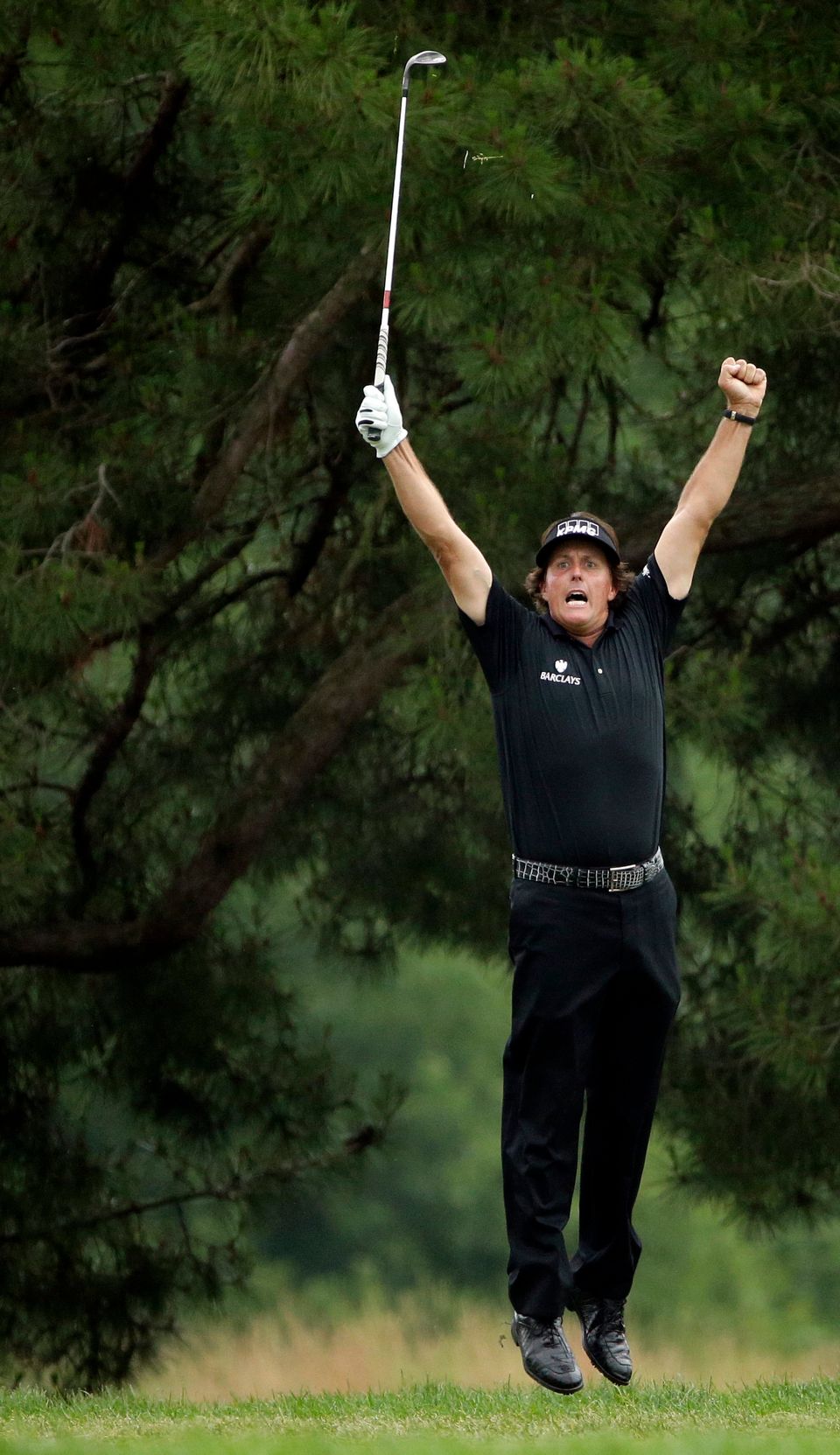 1 / 133
Phil Mickelson reacts after hitting an eagle on the 10th hole during the fourth round of the U.S. Open golf tournament at Merion Golf Club, Sunday, June 16, 2013, in Ardmore, Pa. (AP Photo/Charlie Riedel)
AP