In what local media reported as an attempt to break a world record, She Ping, a farmer in China's Chongqing Municipality, donned a 73-pound "suit" made of bees, according to Reuters.

But it would appear to have been a buzzzzzzst.

While China Daily is relaying reports that She's 73-pound suit of bees shattered a previous world record, a representative from Guinness World Records told The Huffington Post that a record set in 2009 still stands.

The "Heaviest Mantle of Bees," as it's called, weighed 135.4 pounds and was comprised of an estimated 613,500 bees. Vipin Seth set the record in India on March 9, 2009, according to Guinness World Records.

A previous unsuccessful attempt at the World Record was captured on video as part of the Guinness World Records television show, so scroll down for that video.

She Ping, Chinese Farmer, Covered With 331,000 Bees In Record-Breaking Attempt (PHOTOS)
She Ping 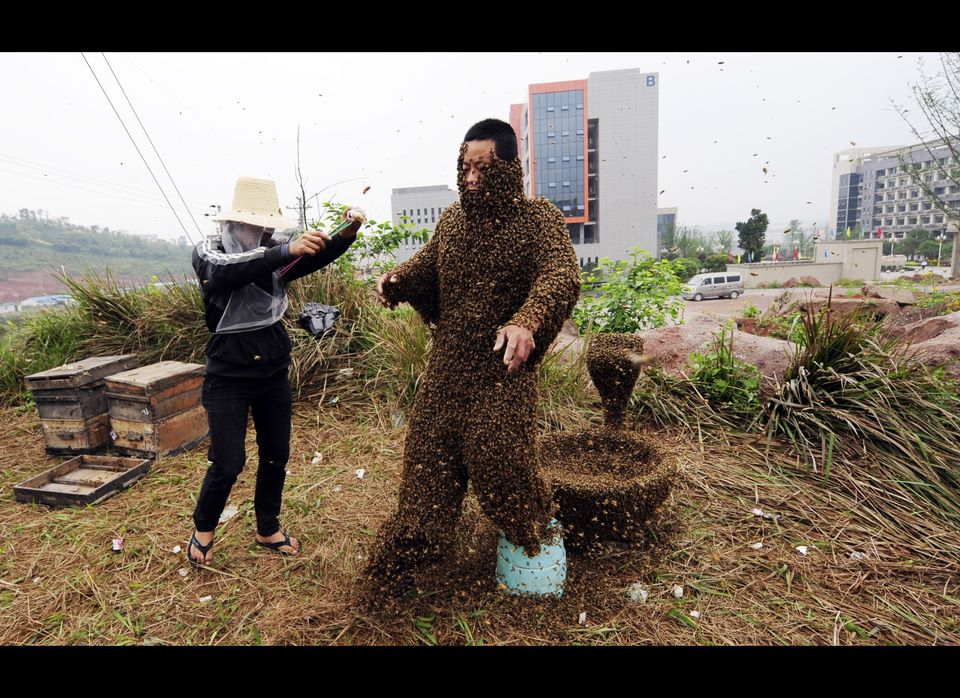 1 / 7
Chinese farmer She Ping gets covered with honey bees at his farm, producing honey to supplement their income in southwest China's Chongqing municipality on April 18, 2012. China's subsidies to farmers grew six-fold to reach 147 billion USD in 2010, with an increasing amount going to propping up farmers' pay. (STR/AFP/Getty Images)
Getty