"I was thrilled to be labeled a feminist vigilante artist!" Stephanie Rudig explained in an interview with HuffPost. "I really do need to get that printed on my business cards, it has a better ring to it than 'artist and designer.'"

Rudig has Mic writer Julie Zeilinger to thank for the illustrious title. One look at the artist's project "She-Span" and it's not difficult to see why the label fits. Rudig is the mind behind the cleverly named public art project that brought the faces of female politicians -- the women of the 113th congress, to be exact -- to the streets of Washington, D.C. Created in 2013, the series of pointillist portraits of figures like Senators Claire McCaskill and Kirsten Gillibrand is meant to celebrate the historic inauguration of, what was at the time, the highest number of women sworn into Congress. 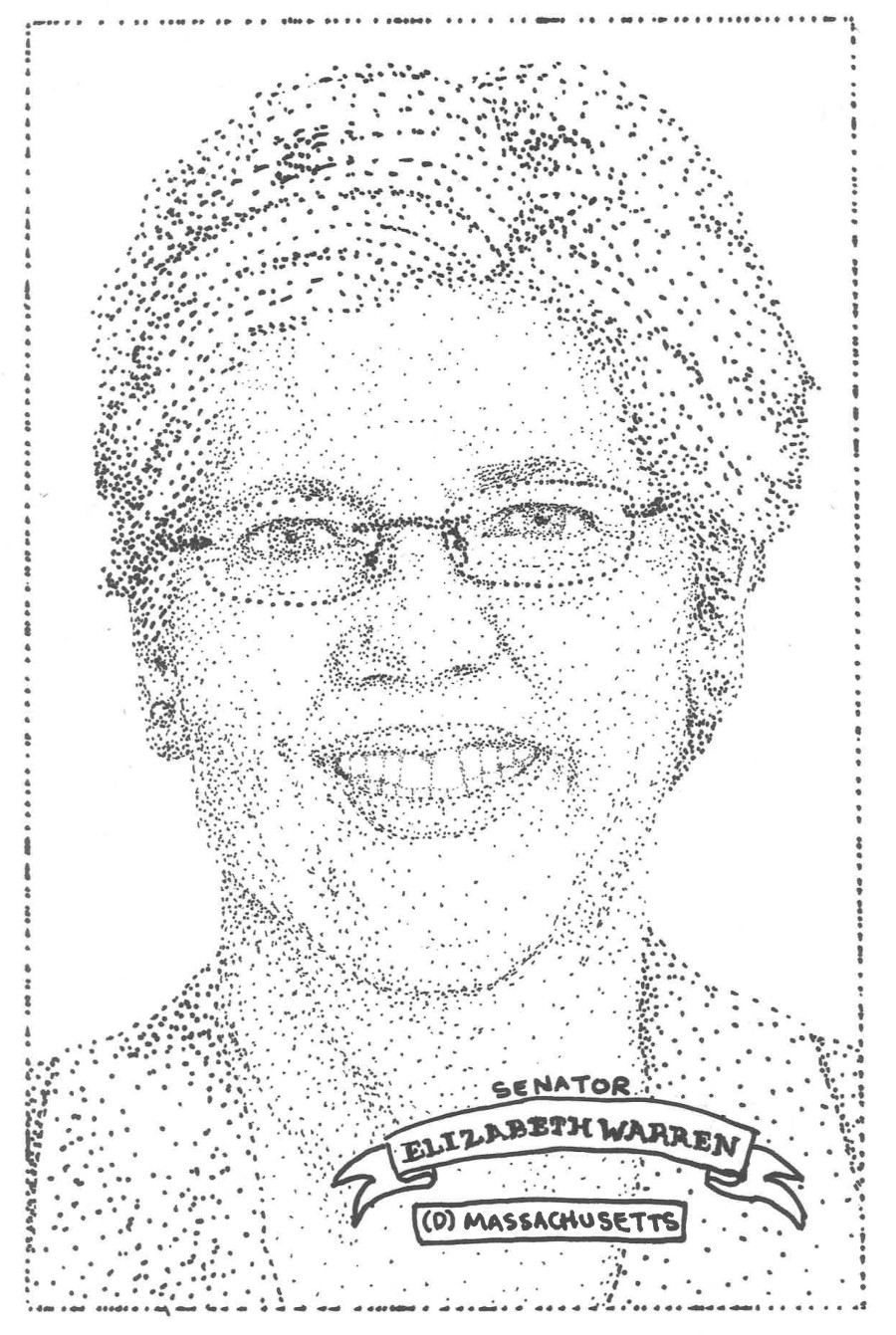 "I was inspired by the debate about women's issues that was happening during the 2012 election, and in the months following," Rudig recalled when we contacted her to catch up on the status of the ongoing project, still pasted on the streets of the District. "Particularly during the Obamacare birth control debate, in which an all-male panel debated a women's health issue, I found myself feeling very frustrated, but also glad that the conversation was happening.

"Also at that time, it was a big deal the there were more women in Congress than ever before -- a whole 19% -- and I couldn't help but feel underwhelmed by that number. I wanted to put a positive spin on the issue, and focus on the women in Congress who have worked so hard to get to where they are."

Rudig began "She-Span" with a portrait of Delegate Eleanor Holmes Norton, because, as she noted, "D.C. needs to get priority at least once in a while!" From there she worked randomly to highlight that formidable 19%. She posted images on streets that corresponded with the state from which each woman hailed (with some exception for California, as there were just too many to fit into a three-block long avenue). She kept everything organized on her blog, noting the location of each face across the city. 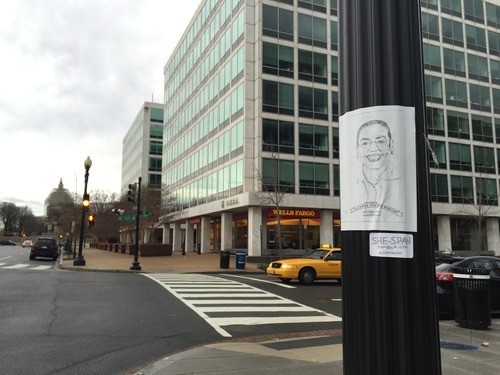 This was Rudig's first large-scale street art project. Aside from her job as a designer for National Geographic Kids magazine, she's created smaller tape and sticker art projects in the past, but "She-Span" is her crowning glory as far as widespread media coverage goes. But that was her intention, after all, to catch the eyes of unsuspecting passersby -- both digital and IRL.

"The portraits are up all around the city of DC," she noted, "anyone might stumble upon them at any time. Perhaps they make some people curious, and some will check out the website listed and see the scope of the project. (I've actually already heard of a few scavenger hunts undertaken to find them all.) I hope that by coming across these portraits, people might see a more personal, human side to the issue of gender representation in Congress."

Rudig is hoping to create a gallery show around "She-Span." In the meantime, you can check out some of her work here. Stay tuned for more updates.