In August, the American Heart Association released its first-ever scientific statement on added sugar for children. After a column explaining the recommendation, and another focused on a nutritionist's advice for parents, we return to the subject from the perspective of a mother who was ahead of the curve, having kept added sugars from her children's diet several years ago. 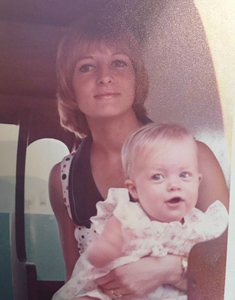 Every day in her childhood home was like Halloween. Her mom kept out a candy bowl packed with favorites like miniature chocolates and chewy candies. Cookies were in the pantry and she occasionally popped open a tube of heat-and-eat cinnamon rolls for breakfast.

When she ate at a restaurant, Melina picked a dessert first then filled in details like her main course.

"If I was going to order crème brulee, I wouldn't also order a creamy pasta," she said.

Sweets were as embedded in her daily routine as brushing her hair. So of course she kept munching away once she began living on her own.

Melina and her husband, Michael, had a difficult time conceiving. The long road gave her time to ponder motherhood. Among her conclusions was that she wanted her children to follow a healthy diet.

A daughter named Athena arrived in March 2013. Once the baby was ready to chew real food, Melina began checking every label, intent on buying only foods free of added sugars.

And that's when it hit her. Melina had to go added-sugar-free, too.

"I'd already phased out cakes and cookies, but I was still eating lots of chocolate. And if a Skittle was nearby -- look out!" Melina said, laughing. "So it had been kind of an evolution, but once I decided to quit, I did it cold turkey. I just didn't want that stuff in the house."

That second line is especially powerful considering Melina's Grandma is 91 and still going strong. It's worth noting that Grandma is from Greece and follows a Mediterranean diet.

It also may help knowing a little more about Melina.

Long before becoming a mom, she became a filmmaker. She's the owner and CEO of M3 Films, a Dallas-based company that gets its name from its goal of making movies with a mission. Its film "TV Junkie" was honored at the Sundance Film Festival and at the SXSW Film Festival, and aired on HBO. Melina also was an associate producer on "Tower," about the 1966 mass murder on the University of Texas campus; the film was the Grand Jury Award Winner in the Documentary Feature category at this year's SXSW Film Festival.

In raising Athena -- and another daughter, Delphine, who arrived last year -- Melina uses a simple narrative: Their family doesn't eat foods with added sugars. They don't buy them at the grocery and they politely decline them when offered by others. 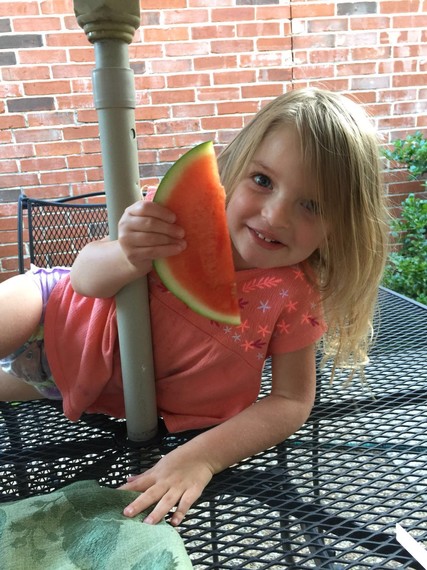 At birthday parties, they partake in the singing, then leave the room when cake is served. This might seem like punishment to you, but not to Athena. Since she's never had cake, she accepts this as the norm.

According to the American Heart Association's first-ever scientific statement recommending specific sugar limits for kids, children should consume zero added sugars before their second birthday; instead, they should only get more nutritional items that help grow their brains and bodies. From ages 2 to 18, children should consume less than 6 teaspoons -- or 25 grams -- of added sugars per day.

Melina understands it won't always be like this. Athena eventually will have her first bite of birthday cake and other sweets. 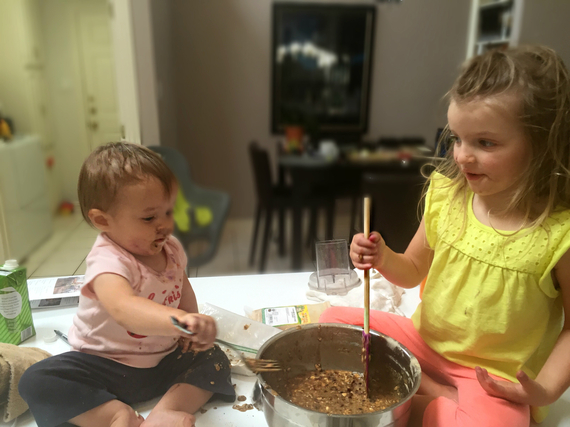 Melina is accustomed to her stance drawing eye rolls and sideways stares. She also heard plenty of people say that once Athena starts eating sweets she's going to become a sugar-holic.

"I disagree," Melina said. "I think we're setting a healthy groundwork. It might be different if she was 14 and I was saying 'No more sugar.' The way we're doing it, nothing is being taken away. She's learning that sugar is something we do in moderation.

"As she gets older, we'll start to have conversations about why we eliminate the sugar. It's not so she can be deprived of ice cream on a hot summer's day. It's so she can enjoy more summer days."

Melina's mom was 45 when she was diagnosed with pancreatic cancer; she died at 47. As Melina approached her 40s, she feared what may be awaiting her.

In dark moments, she wondered about her eulogy. She joked about wanting to be remembered for ordering dessert first. As it turns out, she may be remembered as the anti-added-sugar Mom.

She's OK with that. She even likes the idea of using it as a platform to offer advice.

"Start small," she said. "If you're a family that has dessert every night, only do it on the weekends. If you have a teenager, have the dialogue about why limiting sweets makes sense. If you're the parent of a newborn, don't even introduce it.

"I believe it's easier than people think. Remember, this is coming from a completely reformed master sugar-eater." 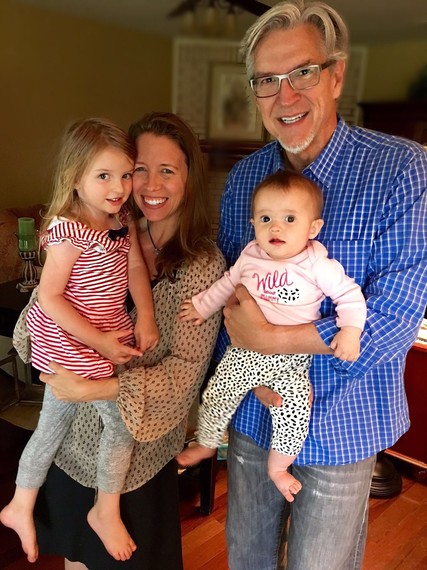