Attending to the medical needs of 32,500-plus sea creatures, including different species from every corner of the world, presents a fair share of challenges to the staff of John G. Shedd Aquarium's animal hospital and diagnostic center.

Like parsing out whale- and seahorse-size prescriptions of the same medications, taking MRI and CT scans of electric eels, and the old "shoe in the alligator" problem.

The Chicago institution recently wrapped up six months of renovations to the 88-year-old aquarium. Its hospital and diagnostics lab were redone to add viewing windows, now part of a new public tour of the backstage facilities three days a week. More than 2 million people visit the Shedd Aquarium each year, and since launching its behind-the-scenes tours this year, just under 1,200 people have visited to learn more about how the aquarium cares for its many rare animals.

In addition to expanding public access, Shedd expands the impact of its research, like the medical devices it develops through a partnership with Northwestern University's engineering school. The McCormick School of Engineering solicits problems from the aquarium staff and and assigns them as projects to students, who invent devices to solve the faclity's unique medical challenges.

"That's actually a good example of how the Shedd has worked with and helped other organizations in the Association of Zoos and Aquariums," Bob Vanvalkenburg, the director of veterinary services at the aquarium, said when asked to elaborate about the alligator/shoe conundrum.

Marine veterinary doctors had anticipated a need for access inside aquatic animals (which can be bigger than cars). They worked with engineering students to develop a long, thin "grabber" that could go down an animal's throat, attached to an endoscopic camera, to find foreign objects and pull them out.

Less than a year after mentioning the device in an industry newsletter, Vanvalkenburg got a frantic phone call: An alligator had swallowed a foreign object kicked into his habitat at an out-of-state aquarium, and a frantic veterinary technician called asking if he could give the device a test run. Shedd sent it over, and the shoe was removed without incident.

Dr. Caryn Poll is performing an ominous-sounding "puffer fish procedure" -- really a simple dental check-up where a team will file down two of an adorable puffer fish's teeth.

She reaches for a dremel, similar to one from a high-school wood shop. "Necessity really is the mother of invention," Poll laughs.

That's a mantra around the Shedd hospital; the same phrase explains a freestanding, wheeled X-ray machine intended for horses, an assortment of power tools and the ad-hoc storage system for samples from ill and healthy species over the past 20 years. The samples are shared with students and researchers from around the world. (Shedd is in the midst of planning an expansion project that would provide a storage space for the collection.)

There isn't a huge market for the kind of specialized tools required to care for such diverse species, and it would be impossible to develop individual devices for each species' care; especially because the aquarium consistently acquires new animals through annual dives in the Bahamas.

During the puffer fish's check-up, Poll's assistants pull up the file on these two fish -- yes, two individual fish, out of thousands -- and checks their medical histories and old X-rays, adding notes about today's procedure.

Poll is one of four veterinary doctors employed in the Shedd's animal hospital, which also includes five veterinary technicians and more than 60 volunteers between the clinic and the lab. Last year, they performed roughly 4,600 animal exams and ran more than 2,600 diagnostic lab tests.

TEACHING WHILE LEARNING
The information inside Shedd's medical database, entirely digitized and as sophisticated as any human doctor's, is also available to students and researchers. This practice enables veterinary doctors, biologists or environmental scientists to study extremely rare or fragile species in depth without having to re-examine the animals.

"One of the big advantages to doing so much preventative work is that we build baseline data for all of the animals in our collection," Vanvalkenburg said. "Unlike domestic animals, dogs and cats, where there's volumes and volumes of literature written on what normal blood values are, and what normal physiological data is. For exotic animals, there's no such encyclopedia to go to. In many ways, zoos and aquariums like Shedd are writing the books on what normal values are."

It also helps the aquarium staff monitor fluctuations in each creature's health and behavior so they can identify and treat any problems as early as possible.

Poll said diagnostics are a vital part of their routine. Whenever they interact with the animals (which is often) they work in as much of a full-body check-up as they can without bothering the animal too much. This explained the excitement when one of the puffers pooped during its dental filing.

"Do you want this, Dr. Poll?" one of the three medical assistants helping to hold and hydrate the puffer asks.

When Poll answers 'yes' excitedly, they rush the sample down a short hallway to a lab, where another technician is examining skin samples with a microscope half the size of a person. Her view is being projected onto a computer screen, which Vanvalkenburg explains is useful when larger teams manage a single fish's care.

KEEPING BALANCE
The water treatment facility is a room the aquarium's residents never see, but on which their lives depend. It looks a lot like a high school chemistry lab, with multiple stations, and a litany of glass and plastic lab tools.

"Water quality is the backbone of the animal health program. If you don't have a healthy environment, how can you ever expect to have a healthy animal?," Vanvalkenburg said.

That emphasis is clear in the water treatment lab. A crew of four staff members (one microbiologist and three environmental quality technicians) join 60 volunteers to not only treat, but chemically manufacture the water in the aquarium's habitats, replicating the conditions the animals would naturally be exposed to, and adjusting for variants including temperature, salt content and water hardness.

They're also constantly testing the water in each aquarium, sometimes multiple times a day, to make sure conditions remain optimal. In 2011, they ran 300 water quality tests per day, more than 100,000 that year.

The common thread connecting these three vital arms of Shedd's backstage is the genuine concern staff members seem to have for the well-being of even the tiniest aquatic creatures. It's suddenly clear how easy it could be to recruit a volunteer team fifteen times the size of the treatment staff just to tweak the water -- the technicians could be talking about their children when they describe their efforts to optimize the otters' habitats.

Whether you're a visiting tourist or a lifelong Chicagoan, this new perspective on the Shedd's operations is a must-see. 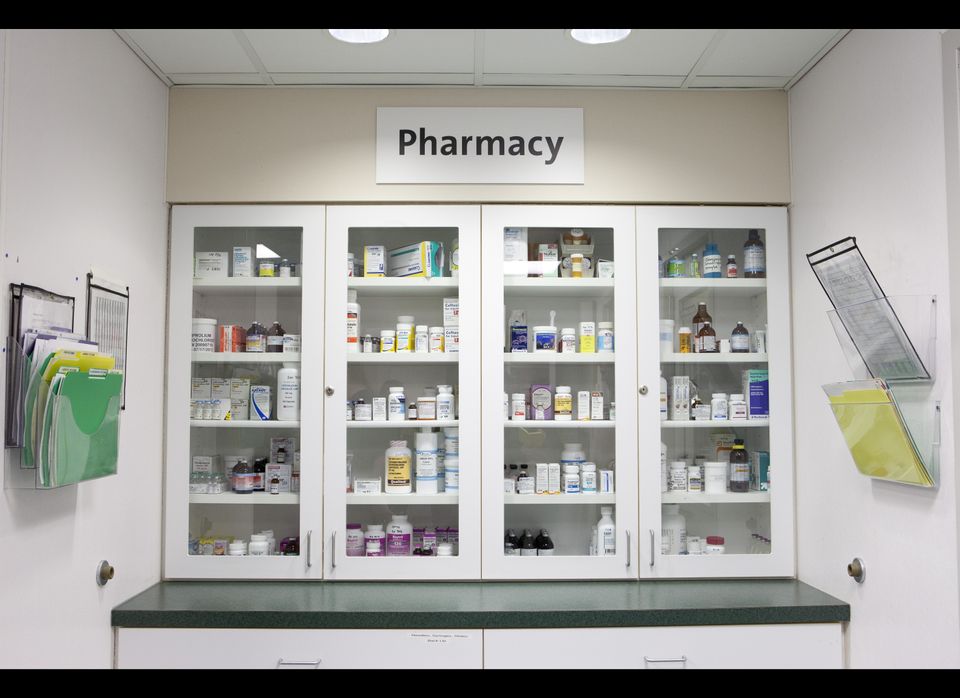