Nothing irritates me more than persistent half-truths and complete fabrications hyped as fact. Myths about women's sexuality are continually refurbished and bought by the masses; old mores sold as shiny new tools to be hurled as weapons of control. It's time to expose reality by shattering outdated perceptions of women who have a lot of sex. 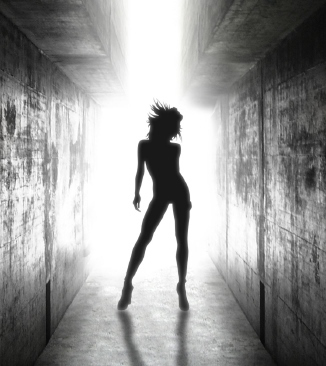 Myth: Women Who Have a Lot of Sex are Easy

Fact: Women who engage in casual sex set higher standards on their new boy-toy than they place on men considered relationship potential. This is one element of casual sex where men and women's approaches differ greatly. Men tend to lower their standards when looking for a hook-up while women seek better looking, more successful, and all-around awesomeness. So, bad news for the fella who tries to pick-up a lady because he thinks she's "easy" -- unless you are all that and a bag of chips or have serious A-game, odds are you'll go home solo... not because she's a bitch or a tease but rather because you weren't up to snuff!

Myth: Women Who Have a Lot of Sex Have Low Self-Esteem or Self Worth

Fact: Although evidence shows many women and men who have diagnosable disorders or emotional troubles tend to have frequent indiscriminate sex, having multiple sexual partners is a side-effect of their disorder not the cause. Women who engage in casual sex, while maintaining healthy practices, tend to have higher self-worth and less hang-ups surrounding body image. There are wounded souls and damaged goods on both sides of the gender aisle but to assume a woman is "broken" based on how she chooses to express her sexuality says more about how you perceive yourself than how she really is.

Myth: Men are Wired to Have a Lot of Sex, Women to be Monogamous

Fact: There are multiple examples throughout history and in modern times where women, free from patriarchal dogma, have sex with multiple partners or even multiple husbands. If the females who have a lot of sex were limited to depraved, damaged or improperly wired ladies, then these societies would not exist or persist. Granted these cultures are few and far between but frankly, so are matriarchal societies! Nevertheless, they serve as an illustration that the number of sexual encounters a woman has is determined more by societal and social norms than wiring.

Myth: Women Who Have a Lot of Sex are Commitment-Phobic or Incapable of Monogamy

Fact: Research suggests men and women equally seek the loving arms of a committed partner. Studies indicate when a low sex-ratio is present (more marriage-aged men to marriage-aged women), infidelity in committed relationships decreases because women are in demand and set the rules in which sex and relationships occur. When contrasting with instances of high-sex ratio (higher number of marriage-aged women to marriage-aged men) where men are in demand and have more options, the rate of cheating increases. Still having doubts? Consider sexual satisfaction and why women cheat. When measuring the BIG O (orgasm) women report a much higher level of gratification when sex occurs in a committed relationship rather than casual hook-ups. As for why women cheat, if having a lot of sex were the defining factor then you would assume that most women would be unfaithful for the novelty, thrill or pure opportunity. However, that is not what the data shows and you would be wrong! The majority of women betray their spouses to fill an emotional void or to feel a deep connection with another.

Myth: American Women Have a Lot of Sex Compared with Rest of the World

Fact: The media wants us to believe that the U.S. is the land of sluts; slamming down our throats in tasty 30 second sound-bites, not only are we the land of the free but the home of casual sex. In reality the land of ball parks and amber waves of grain is ranked thirteenth globally for number of sexual partners and 24th for frequency of sex per week. So much for us being liberated sex mongers!

Myth: Women Today Are Having More Sex than 10 Years Ago

Fact: Hook-up culture is all over the news and dominates the perspective we have on the modern woman's sexual behavior; however, looking at stats from the CDC paints a different story entirely! The number of sexual partners a woman between the ages of 15-44 in 2002 versus 2008 have remained virtually the same. Not buying it? Recently, research from Paula England delve into this very issue by asking college students, who we can all agree are at the center of the hook-up culture storm, how many hook-ups they have had during their college career. Based on the hurricane of media attention you would assume this number would be well in the double digits for a female undergrad. The number? Drum roll please, 4-6. That's right folks, an average of 4-6 hook-ups within 4-5 years of college. The other tidbit worthy of mentioning, nearly 30-40 percent of what these hormone raging young adults consider hook-ups does not involve intercourse!

It's almost inconceivable how an article like this is relevant in 2014 and a case needs to be made to defend women who explore their sexuality. Truth is, even if women today were having more sex than their mothers, why should it matter? As long as a woman knows why she is having sex, has consensual sex within those parameters to maintain her emotional health and sustains physical health by using protection... why does everyone care so much?

The next time you see an article on the evils of the hook-up culture notice that the focus is on the behavior of women. Who do you think most of these women are having sex with? Are you worried about your son's ability to commit in the future? Oh, that's right. "Boys will be boys." What do you think your attitude says to your son about his sexuality? Isn't his body just as special a gift to share as your daughter's?

Sex and Relationship Writer, Geekalicious Founder of Dirty In Public